If you haven’t already picked up the incredible HBO series Westworld, you might want to check out this new Limited Edition release, which is coming on November 27th, and includes a ‘maze’ collectible.

This isn’t strictly an exclusive, but currently it looks like it’s just Zavvi who will be selling it, with orders going live at 9pm UK time on Friday 24th November (so ignore the ‘sold out’ button before then).

Inspired by the 1973 motion picture of the same name, Westworld is a one-hour drama series about a futuristic theme park populated by artificial beings. Written and directed by Michael Crichton this dark odyssey about the dawn of artificial consciousness and the evolution of sin is set at the intersection of the near future and the reimagined past. It explores a world in which every human appetite, no matter how noble or depraved, can be indulged. 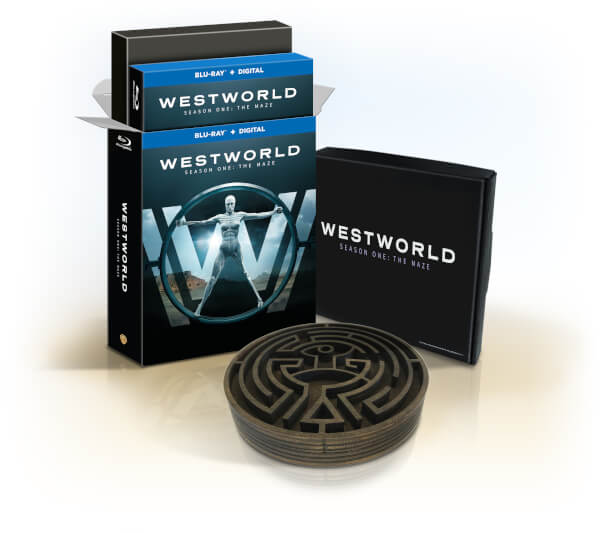