The fine folks at Studio Canal have given the film a brand new 4K restoration, and a new Collectors Edition release is heading our way on October 25th, with some great artwork by Sophie Bland.

Imagine your worst fear a reality with this brand new 4K 40th anniversary restoration of The Howling, approved by Director Joe Dante (Gremlins). With ground-breaking special effects by Rob Bottin (The Thing, The Fog, Total Recall), The Howling has been stunningly restored for a new generation of horror fans. Graphically violent, sexually explicit and nightmarishly intense, it remains one of the most original werewolf movies of the eighties. After an intense confrontation with a serial killer, news anchor Karen White (Dee Wallace) is left traumatised and suffering from amnesia. In need of recovery, Karen takes refuge within “The Colony”, a country retreat organised by her psychiatrist Dr Waggner (Patrick Macnee). But things at “The Colony” aren’t as idyllic as they originally seemed and as blood curdling screams break the midnight silence, Karen’s memories slowly begin to come into focus. 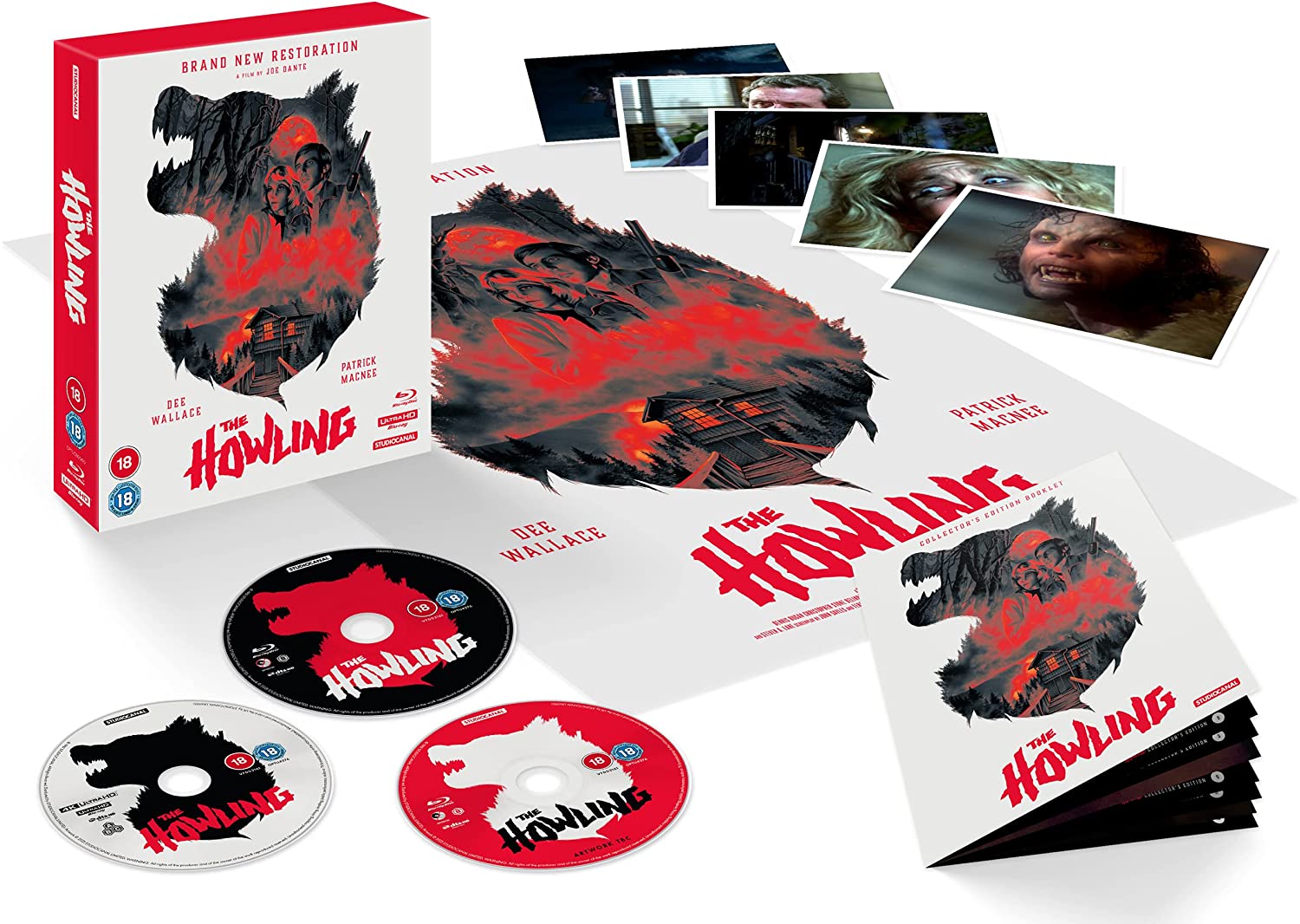