The eagerly-awaited live-action remake of the anime classic Ghost in The Shell is now with us, and picking up some generally positive reviews.

The film looks visually stunning, and if they keep this artwork, it’s going to make for a great looking steelbook release.

Pre-orders will be live from midnight on the 30th/31st March, so ignore the ‘sold out’ buttons for now.

A release is currently penciled in for August 7th.

In the near future, Major (Scarlett Johansson) is the first of her kind: a human who is cyber-enhanced to be a perfect soldier devoted to stopping the world’s most dangerous criminals. When terrorism reaches a new level that includes the ability to hack into people’s minds and control them, Major is uniquely qualified to stop it. As she prepares to face a new enemy, Major discovers that she has been lied to, and her life was not saved. Instead, it was stolen. 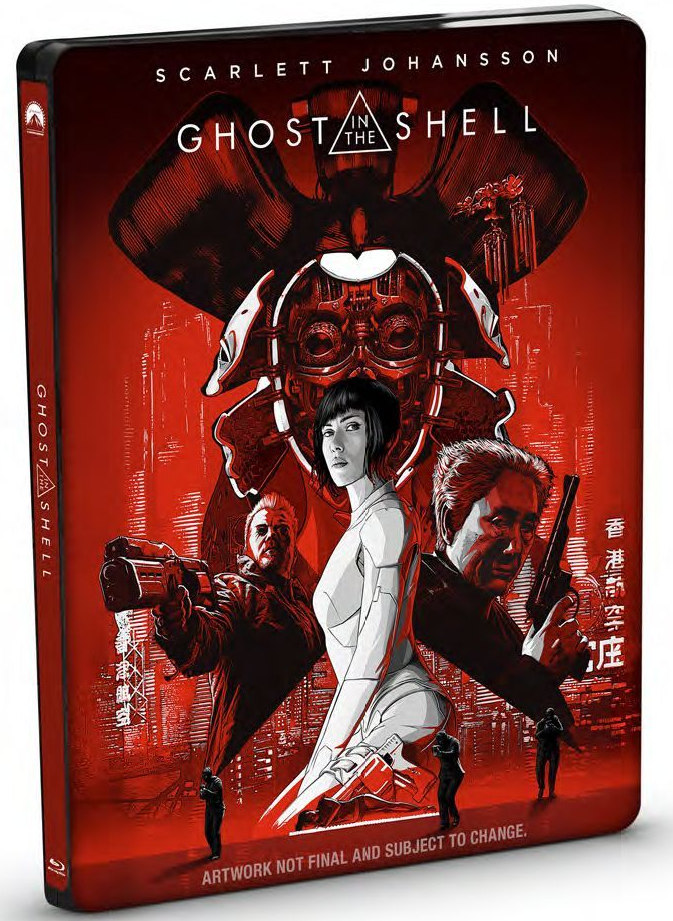