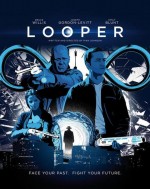 Formerly set for release as an HMV exclusive, following that company’s fall into administration, you can now order the Steelbook edition of Looper from alternate retailers, including  Zavvi!

In the futuristic action thriller Looper, time travel will be invented – but it will be illegal and only available on the black market. When the mob wants to get rid of someone, they will send their target 30 years into the past, where a looper” – a hired gun, like Joe (Joseph Gordon-Levitt) – is waiting to mop up. Joe is getting rich and life is good… until the day the mob decides to “close the loop,” sending back Joe’s future self (Bruce Willis) for assassination. The film is written and directed by Rian Johnson and also stars Emily Blunt,Paul Dano, and Jeff Daniels. Ram Bergman and James D. Stern produce.

UPDATED November 20th – The usually very reliable DigitalBits.com are now reporting on the extras to be included in the US release. These days, it’s highly unusual for a major studio release like this to have different extras in different regions, so I think it’s safe to expect the following:

UPDATED November 28th – HMV have now released the full front and back artwork for this release (click to enlarge), and the trailer follows. 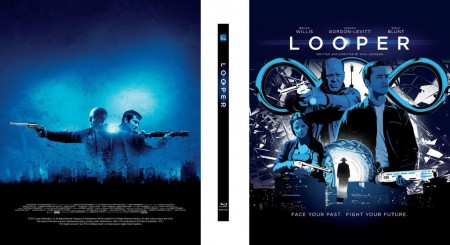