Michael Bay took a (too)brief break from ruining The Transformers to bring us the caper Pain & Gain, loosely based on a true story.

Paramount and Zavvi are bringing us a new steelbook release in April.

Pre-orders will be live around 6PM UK time on Saturday March 31st, so ignore the ‘sold out’ button before then.

Michael Bay’s hilarious action comedy Pain & Gain is “GoodFellas on steroids”. When an ambitious group of personal trainers (Mark Wahlberg, Dwayne Johnson and Anthony Mackie) decide to chase the American Dream, they get caught up in a criminal enterprise that goes horribly wrong. Now, living large will take everything they’ve got in the unbelievable true story that critics are calling “hilarious, smart, clever and fresh”. 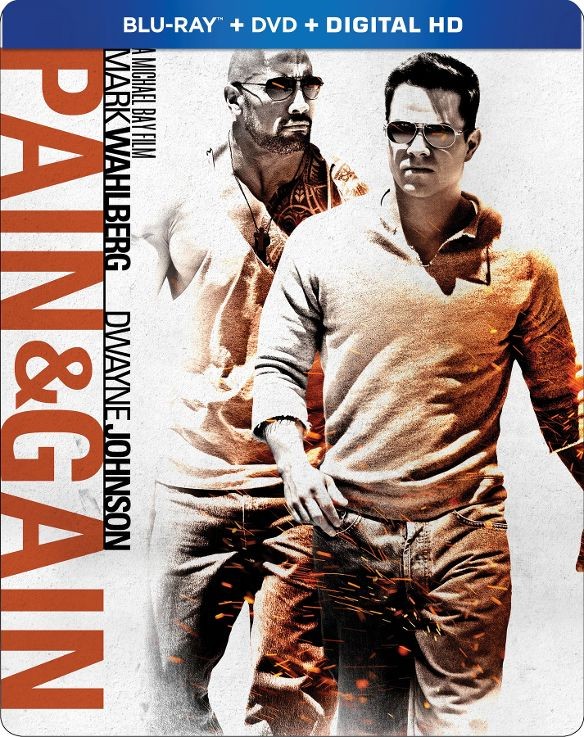