On July 31st, Zavvi are bringing us a re-issue of Neill Blomkamp’s visually stunning follow-up to District 9.

Pre-orders will be live around 6pm UK time on Sunday 2nd July, so ignore the ‘sold out’ button before then.

In the year 2154, two classes of people exist: the very wealthy, who live on a pristine man-made space station called Elysium, and the rest, who live on an overpopulated, ruined Earth. Secretary Delacourt (Jodie Foster) will stop at nothing to preserve the luxurious lifestyle of the citizens of Elysium – but that doesn’t stop the people of Earth from trying to get in by any means they can. Max (Matt Damon) agrees to take on a life-threatening mission, one that could bring equality to these polarised worlds. 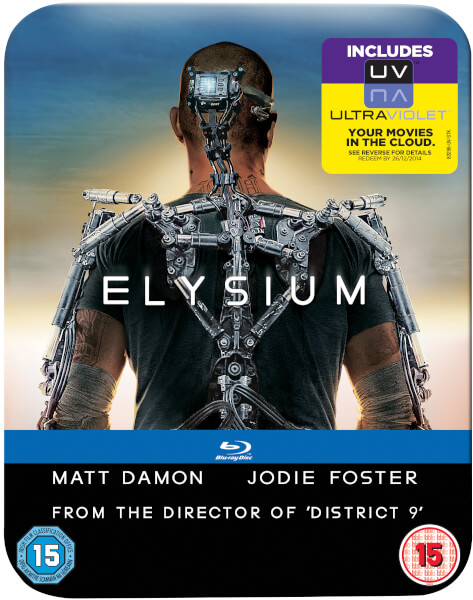