On January 16th, Eureka/Masters of Cinema are releasing the anime classic Metropolis in a new limited edition steelbook.

Based on a Japanese manga this was itself based on the silent movie classic, Metropolis will be arriving for the first time on Blu-ray in the UK.

In the industrial, tri-level world of Metropolis, Duke Red is a powerful leader with plans to unveil a highly advanced robot named Tima. But Duke Red’s violent son Rock distrusts robots and intends to find and destroy Tima. Lost in the confusing labyrinth beneath Metropolis, Tima is beginning a friendship with the young nephew of a Japanese detective. But when Duke Red separates the two innocents, Tima’s life – and the fate of the universe – is dangerously at stake.

Eureka Entertainment is proud to present Osamu Tezuka’s Metropolis for the first time on Blu-ray in the UK, in a Special Dual-Format edition and limited edition Dual-Format SteelBook. 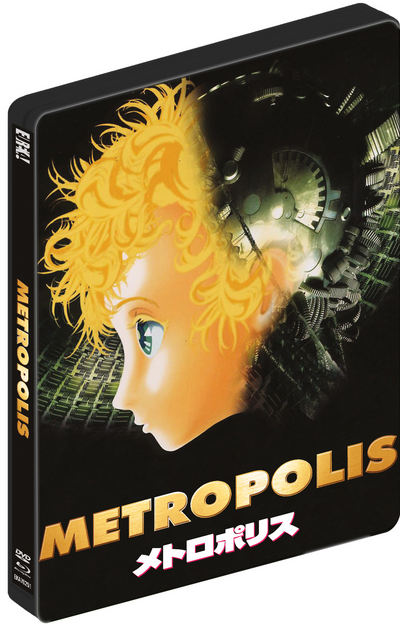