While Zavvi nabbed the (now sold out) 4k Steelbook release of The Northman, HMV are releasing their own exclusive ‘First Edition’. While not a steelbook, the First Edition series features exclusive artwork as well as in-box goodies, such as books, art cards, and posters.

While the exact contents of this release are still TBC, pre-orders are live now.

(You can also check out HMV’s other exclusive releases here.)

Introducing the hmv First Edition range, where the best new movies are given the best possible treatment. Strictly limited, each First Edition release comes in special packaging with added bonus content exclusive to these versions. Be first, only@hmv.

hmv First Edition – a limited run with exclusive key art and added extras along with the movie on 4K Ultra HD. . 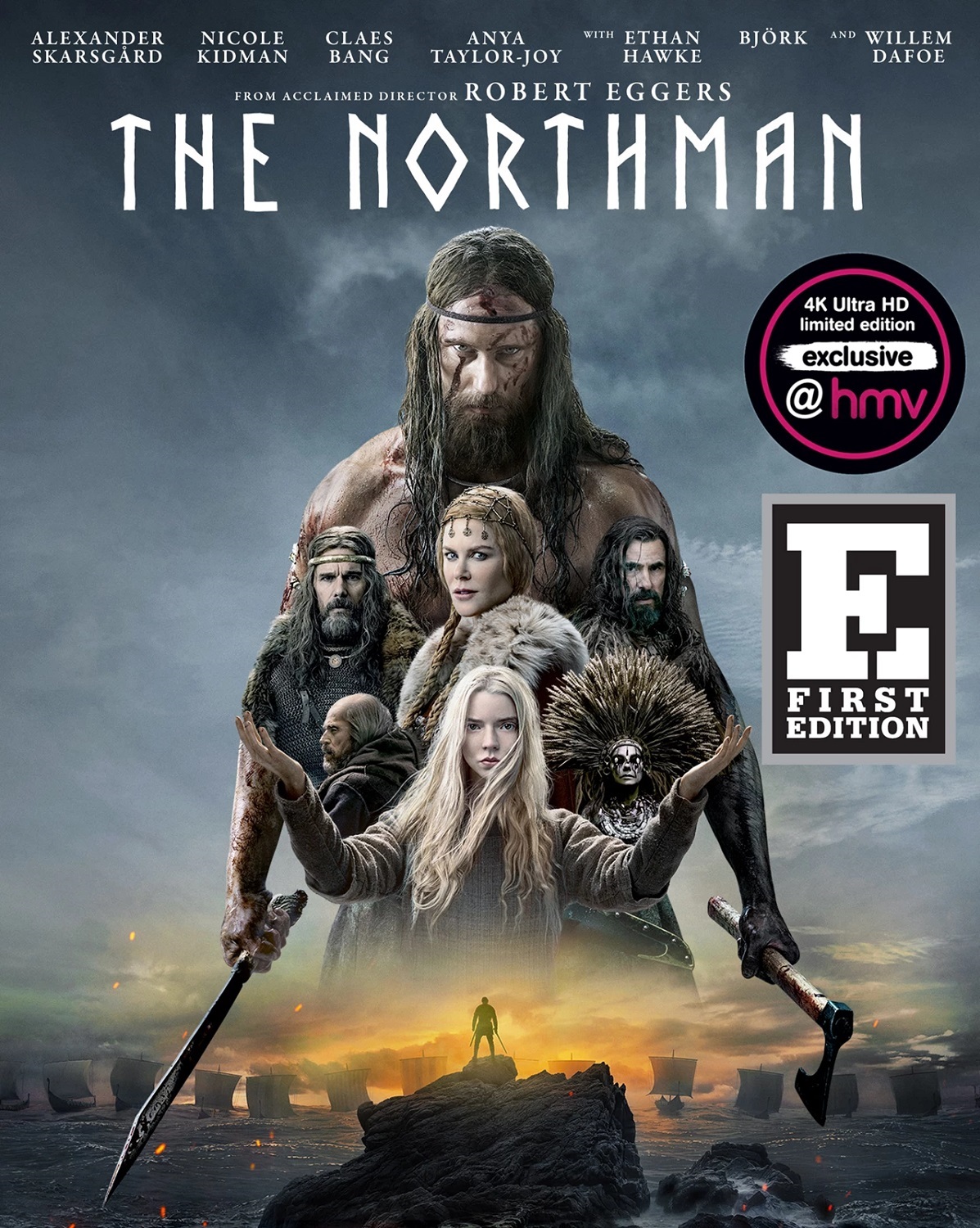