At the time of writing the artwork is TBC, but you can place your order right now.

Academy Award Nominee Jesse Eisenberg (The Social Network, Zombieland) stars in this hilarious comedy as James Brennan, a college graduate who is about to set off on a trip of Europe with his friend before they go away to college. However, James soon finds out that this is no longer possible as his parents cannot cover the cost, and even worse, they cannot afford to pay for his upcoming college expenses.

James now has no other choice but to get a summer job to make some extra cash. With no previous experience this appears to be harder than he thought and he is forced to take a degrading minimum-wage job at a local amusement park; Adventureland.

Despite his initial hatred for the place, James soon starts to make friends and becomes interested in colleague Em (Kristen Stewart – Twilight), a hot-headed tear-away. 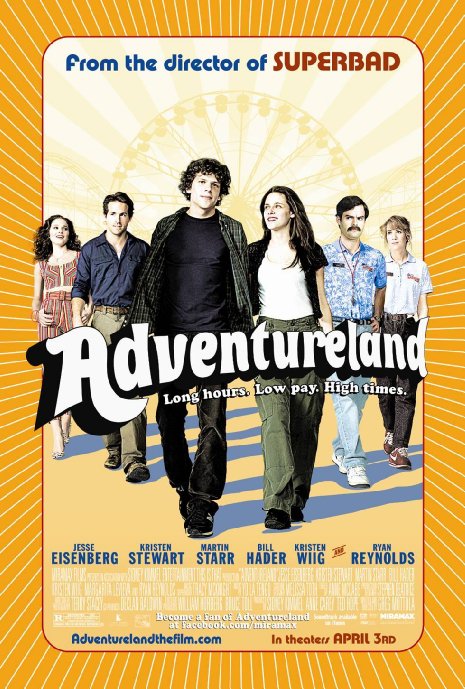