After being demolished at the end-of-year box office by Rogue One, the makers of sci-fi movie Passengers will no doubt be hoping for some hove video success, and this upcoming Limited Edition, containing the movie on 4K and Blu-ray disc, postcards and script, release might help.

Jennifer Lawrence and Chris Pratt star in an exciting action-thriller about two passengers who are on a 120-year journey to another planet when their hibernation pods wake them 90 years too early. Jim and Aurora are forced to unravel the mystery behind the malfunction as the ship teeters on the brink of collapse, with the lives of thousands of passengers in jeopardy. 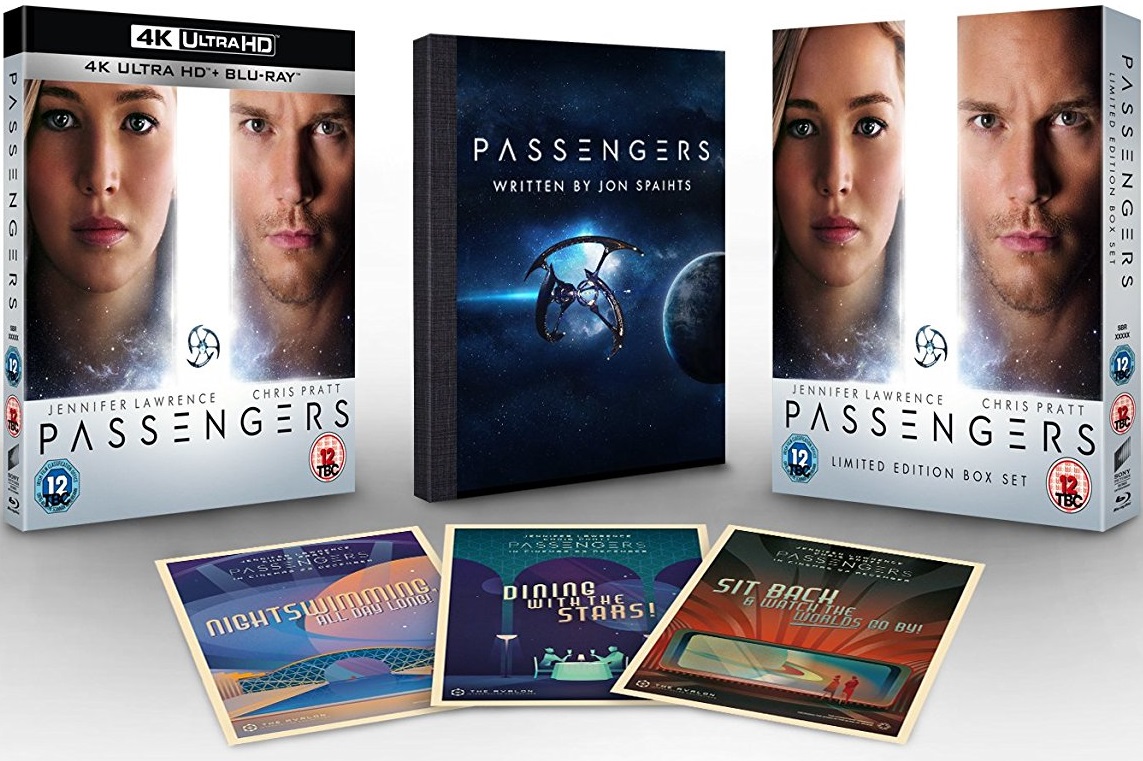