Manga Entertainment are bringing us these new steelbook Blu-ray editions of seasons 1-6 of Dragon Ball Z.

Some of the artwork is still TBC, but pre-orders are live right now. They’re not listed as exclusives, so we’ll add more links if we get them.

Season 1
The Saiyans are coming! The last survivors of a cruel, warrior race, these ruthless villains have carved a path of destruction across the galaxy, an now they have set their sights on Earth! They will stop at nothing until they have the wish-granting powers of the seven magic Dragon Balls for their very own With the fate of his family, friends, and the entire human race hanging in the balance, Goku, the Earths greatest hero, must rise to meet the approaching threat. As he prepares for the fight of his life, Goku embarks on n epic journey that will take him to other worlds, pit him against new and old enemies alike, and force him to confront the dark secrets of his own past. At the end of this path, the most powerful opponent he has ever faced awaits: the evil Saiyan Prince Vegeta!

Season 2
Having suffered heavy losses in the battle with the Saiyans, and with Goku still recovering from his injuries, the remaining Z-Fighters must embark on a perilous journey to Planet Namek in search of the Namekian Dragon Balls. Unbeknownst to them, however, a powerful new enemy has set his sights on the same prize: the ruthless tyrant Frieza! Beset on all sides by danger, Gohan, Krillin, and Bulma must fight for their lives as they struggle to keep the Dragon Balls from falling into evil hands. Meanwhile, Goku races against time to join his friends in their quest, but waiting for him on Planet Namek is an army of the most powerful villains the universe has ever known, led by Frieza’s most elite fighting unit: the unstoppable Ginyu Force!

Season 3
The Horrifying power of Frieza! The battle to decide the fate of the universe begins! On the distant Planet Namek, the seven magic Dragon Balls have been brought together and the dragon Porunga summoned. Now, Goku and the Z-fighters are all that stand between the evil Frieza and his wish for immortality! Having survived their encounters with Frieza’s dreaded minions, Goku and his friends are now left to contend with the ruthless tyrant himself. Despite their recent victories, however, the Z-fighters are ill prepared to face the terrifying reality of Frieza’s power. To defeat this seemingly invincible foe and restore peace to the universe, there is but one hope – a Super Saiyan must emerge!

Season 4
Having returned victorious from their battle with Frieza, the Z-fighters can at last breathe a collective sigh of relief… But they won’t have long to rest. A new host of villains has appeared, ready to wreak havoc on the Earth – and Goku, the Z-Fighters’ greatest hero, is still missing! In the face of these new dangers, a mysterious youth with Super Saiyan powers has come bearing a bleak prediction for the future: in just three years’ time, an evil greater than any the Z-Fighters have ever faced will emerge to cast a shadow of destruction and despair over the Earth. If the young Saiyan’s prediction is correct, the Z-Fighters will have to train like they have never trained before in order to have any hope against these seemingly unstoppable foes: the Androids!

Season 5
The unstoppable Cell! The Z-Fighters gather their forces in an effort to combat the Android menace that has been set loose upon the planet. But they are about to discover that the Androids are the least of their worries. An even greater threat has risen from the shadows: Dr. Gero’s most lethal creation Cell!Born from the genetic material of the greatest warriors ever to walk the Earth Cell is Dr. Gero’s ultimate weapon a perfect fighting machine capable of duplicating all of the Z-Fighters’ most powerful attacks. Now after years of waiting Cell has begun to unleash his terrifying powers wiping out entire cities as he gathers the energy he needs to fulfill his creator’s grand design.Time is short! The Z-Fighters must find a way to stop this monstrous foe before he completes his quest to absorb the other Androids and achieves his invincible Perfect Form! Contains the complete Imperfect and Perfect Cell Sagas.

Season 6
The titanic battle with Perfect Cell! Having at last achieved his Perfect Form, the evil Cell’s powers have soared to terrible new heights, overshadowing even the greatest of the Z-Fighters. Eager to demonstrate these newfound abilities and prove his superiority, Cell proposes a tournament. He issues an ultimatum to the people of Earth: produce a worthy opponent or die! The day of reckoning upon them, Goku and the Z-Fighters line up to participate in Cell’s twisted game, the world’s best hope of defeating the monster. But they are not the only ones brave enough to accept the challenge – the reigning World Martial Arts Champion, Mr. Satan, has also stepped into the ring! Now, with the fate of the human race hanging in the balance, one of these valiant fighters must come forward to defeat the seemingly invincible Perfect Cell – but who will it be? 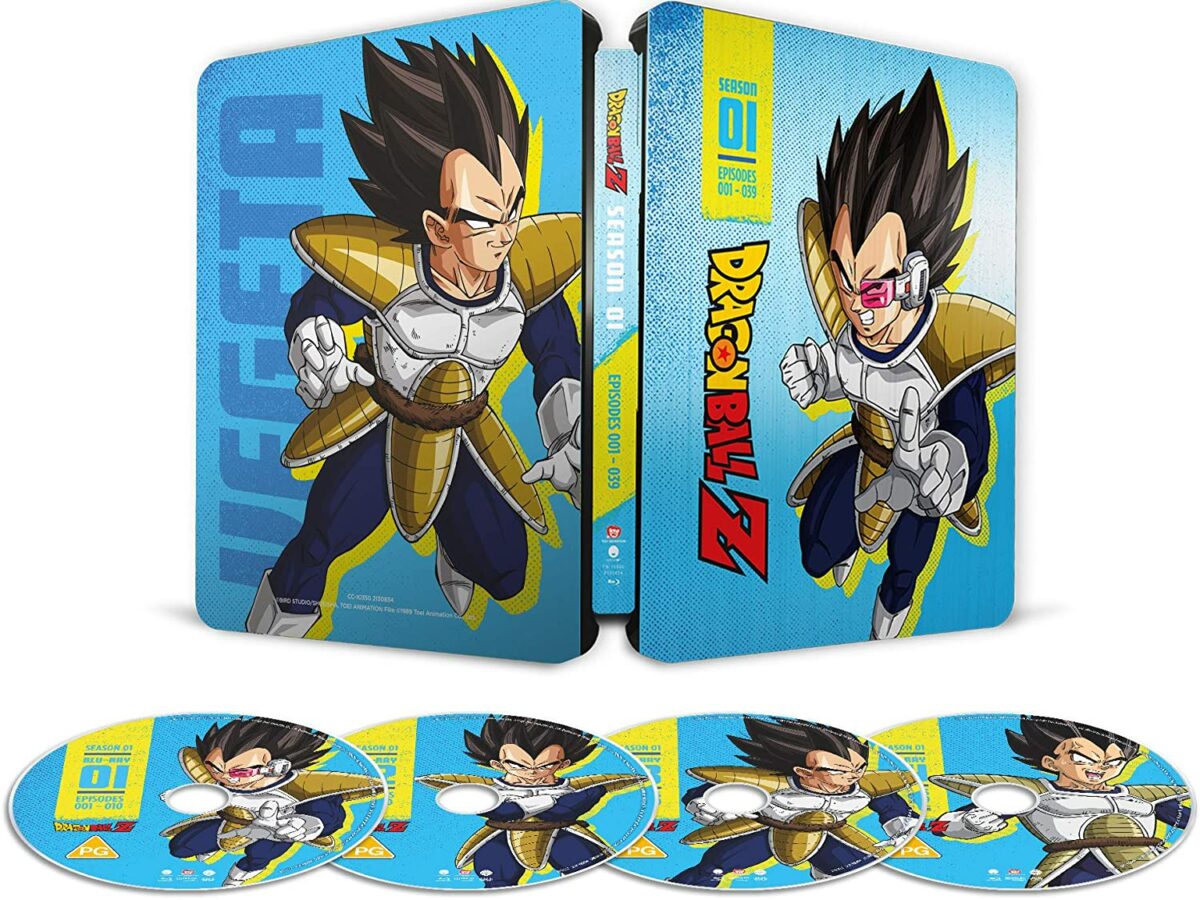 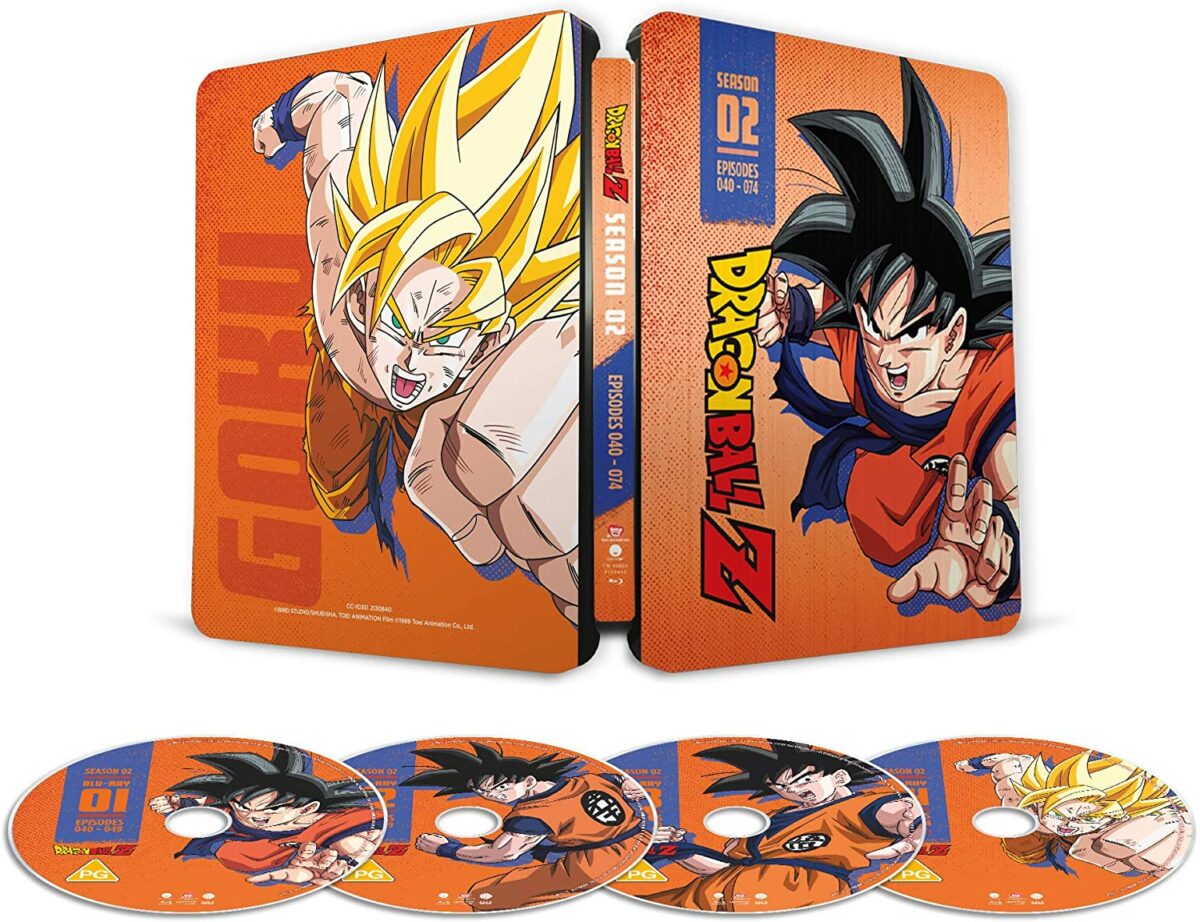 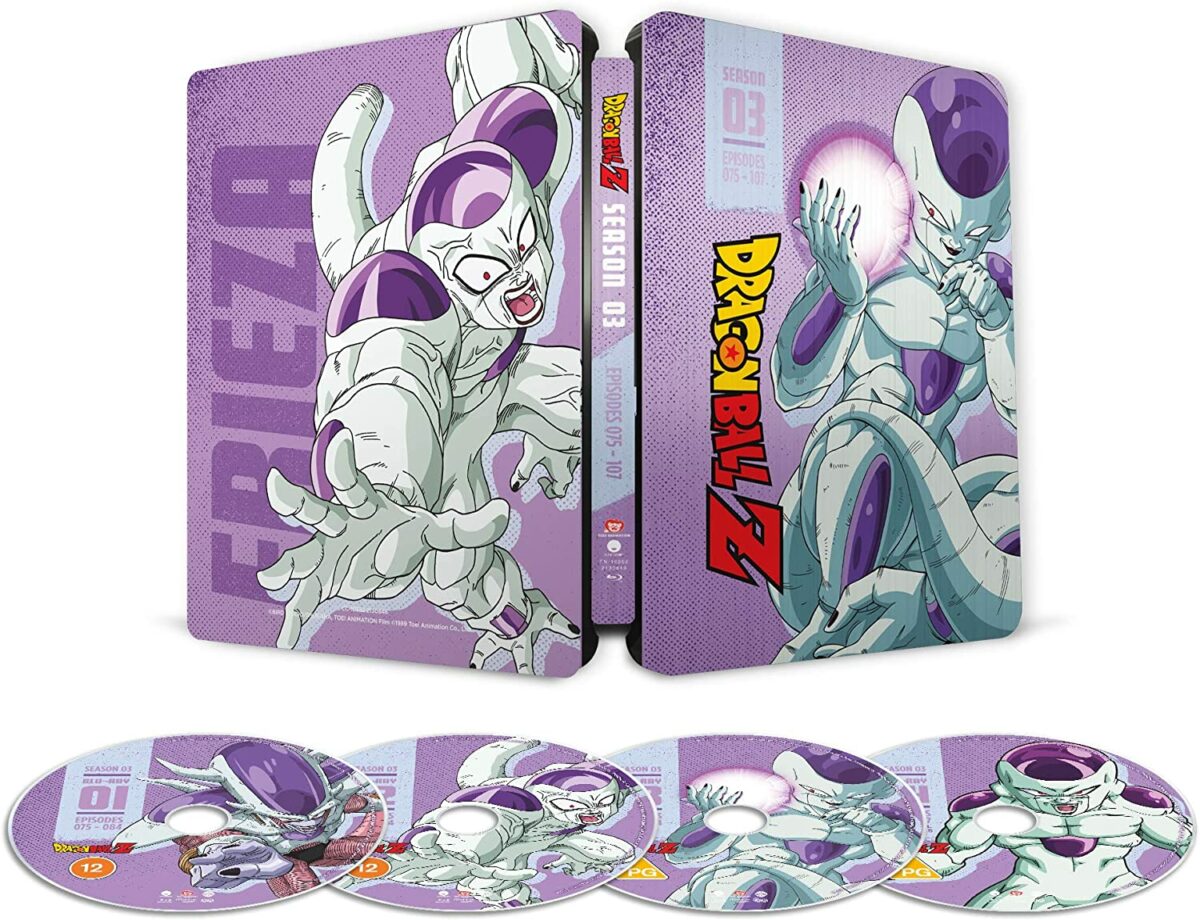