Pre-orders will be live around 6pm UK time on Sunday September 20th, so ignore the ‘sold out’ button until then.

Directed by one of the greatest film directors of all-time, Stanley Kubrick (The Shining, A clockwork Orange) and starring Kirk Douglas (20,000 Leagues Under the Sea) as the titular hero, this Blu-ray edition contains an extra five minutes that was not included in the original, as well as featuring an extended soundtrack along with the original overture.

Spartacus, a gladiatorial slave leads a revolt against his school in 73 BCE. Word of his struggle soon spreads across the rest of Italy and thousands of his fellow slaves begin to join his cause. Encamping on Vesuvius, they plan to escape with the help of pirates, but soon realise they must stay and fight the legions of Rome.

Also staring the legendary Laurence Olivier as his foe, the Roman General Marcus Licinius Crassus, and Jean Simmons as Spartacus’ fellow slave and lover, the film documents the struggle of a simple man for his freedom in the face of the might of the Roman empire. 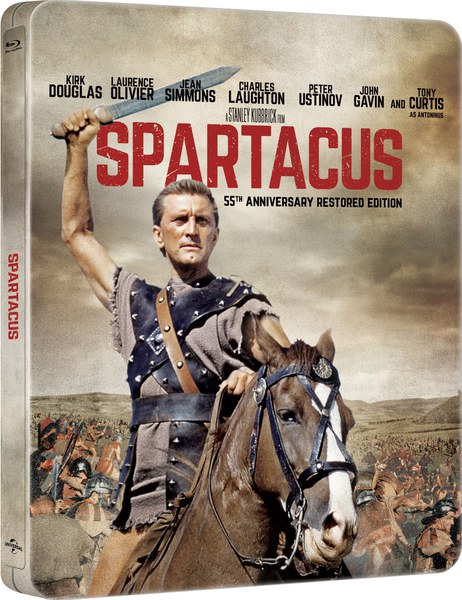