OnJuly 4th HMV are bringing us this incredible looking steelbook release of Stephen Chow’s The Mermaid, and pre-orders are live right now.

Stephen Chow directs this fantasy drama starring Yun Lin as the mermaid Shan. When business tycoon Liu Xuan (Chao Deng) buys the Green Gulf with the intention of reclaiming some of the land from the sea, the technology used causes the marine life in the area to die. The surviving merpeople who reside in the Gulf decide to send one of their own, Shan, who is able to disguise herself among humans, so she can assassinate Liu Xuan and put an end to the deaths. The assassination attempt doesn’t go to plan, however, as Shan develops feelings for the entrepreneur. 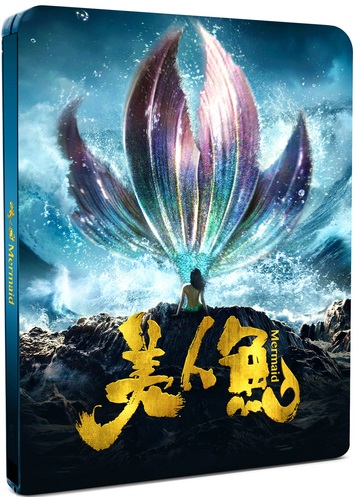