The release date is still TBC, but pre-orders will be live from around 6pm UK time on Saturday April 1st, so ignore the ‘sold out’ button for now.

Nominated for four Academy Awards, including Best Picture, this emotional, touching film about miracles and the power of redemptionstars Tom hanks as prison guard Paul Edgecombe. When a giant of a man is brought to death row, Edgecombe and his fellow guards discover something very unusual about their new charge, John Coffey (Oscar nominee Michael Clarke Duncan). Convicted for the sadistic murder of two young girls, but behaving almost like a child himself, Coffey seems to have a supernatural gift of healing living things. Expectations are turned upside down and the guards’ sense of humanity is awakened in this astonishing adaptation of Stephen king’s compelling novel. 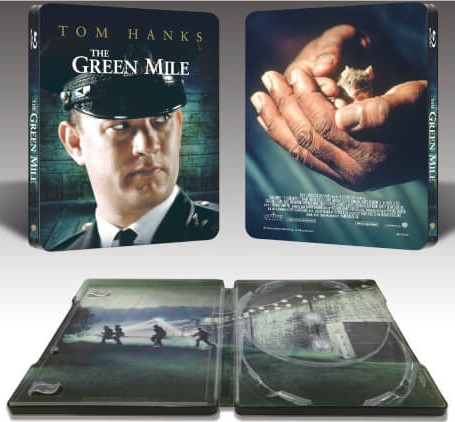