UPDATE – Amazon’s updated listing seems to confirm that this set will feature the same deluxe packaging as the US release, though precise details are still TBC

Now that the The Rise of Skywalker is hitting the big screen, the 9-part Skywalker Saga is complete.

Amazon UK have the UK exclusive 4K boxset, which will include each movie on 4K and Blu-ray, along with individual bonus discs, for a total of 27 discs. There’s no word on exact extras, but here’s hoping Disney pull out all the stops and include all the previously releases bonus materials, along with a good selection of new ones. One thing that’s almost 100% guaranteed is the that the theatrical cuts of the original trilogy WON’T be included. We can give up on that particular dream for the foreseeable future. 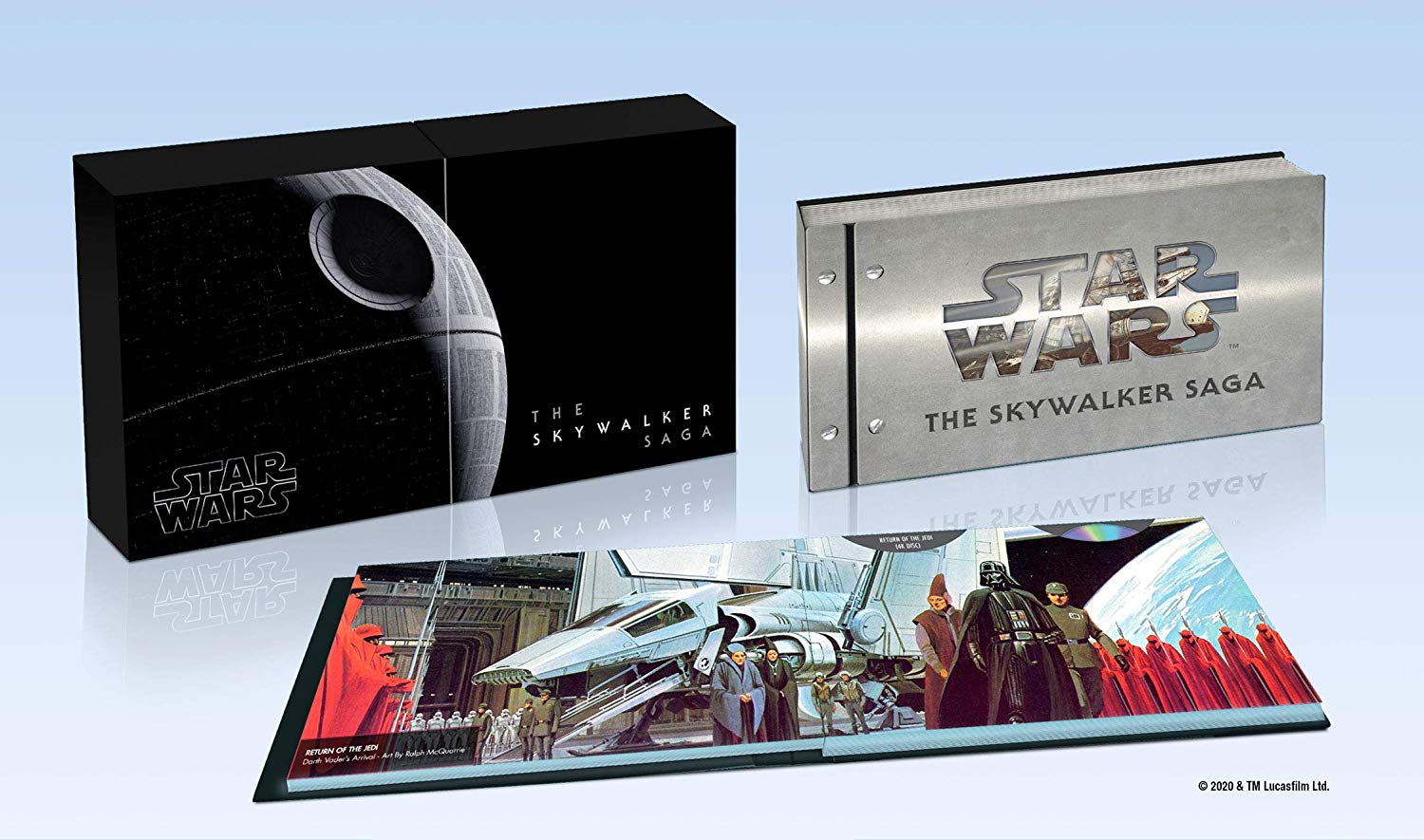