Zavvi and Arrow will soon be bringing us this stunning new steelbook release of the original Hellraiser trilogy, which will be housed in a special Collectors Edition Pinhead bust. If that’s not you thing, you’ll also be able to pick up a steelbook-only release.

They’ll be live around 10am UK time for Red Carpet subscribers (though possibly earlier, so keep an eye on our Twitter feed, just in case…), and around 12 noon for everyone else. Our Red Carpet links don’t work properly for some reason, so you may need to log in first, then click the link again. Once the Red Carper period is up, the link will work fine.

The SteelBook is housed in the base of the sumptuously designed, resin-made & hand-painted Pinhead Bust, and this all comes boxed in Lament Configuration packaging.

WE HAVE SUCH SIGHTS TO SHOW YOU!

In 1987, master of horror Clive Barker unleashed Hellraiser, launching one of the horror genre’s most revered franchises and gifting the world the grisly icon of Pinhead. Now Pinhead comes home to roost with Arrow Video’s new, limited steelbook edition of the Hellraiser trilogy, which boasts exclusive new artwork by Gary Pullin, and is housed in a sumptuously designed, limited edition Pinhead statuette limited to only 500 units.
In Barker’s original Hellraiser, Kirsty Cotton (Ashley Laurence) comes head-to-head with the Cenobites – demonic beings from another realm who are summoned by way of a mysterious puzzle box. Picking up immediately after the events of the first film, Hellbound: Hellraiser II finds Kirsty detained at a psychiatric institute and under the care of Dr. Channard, a man with an unhealthy interest in the occult. Meanwhile, Hellraiser III: Hell on Earth sees Pinhead and his band of Cenobites let loose in our own world, with terrifying consequences.
Presented here in 2k restorations, the first three instalments of this fiercely original horror franchise are now available in this striking new collectors’package, with a wealth enthralling extras. 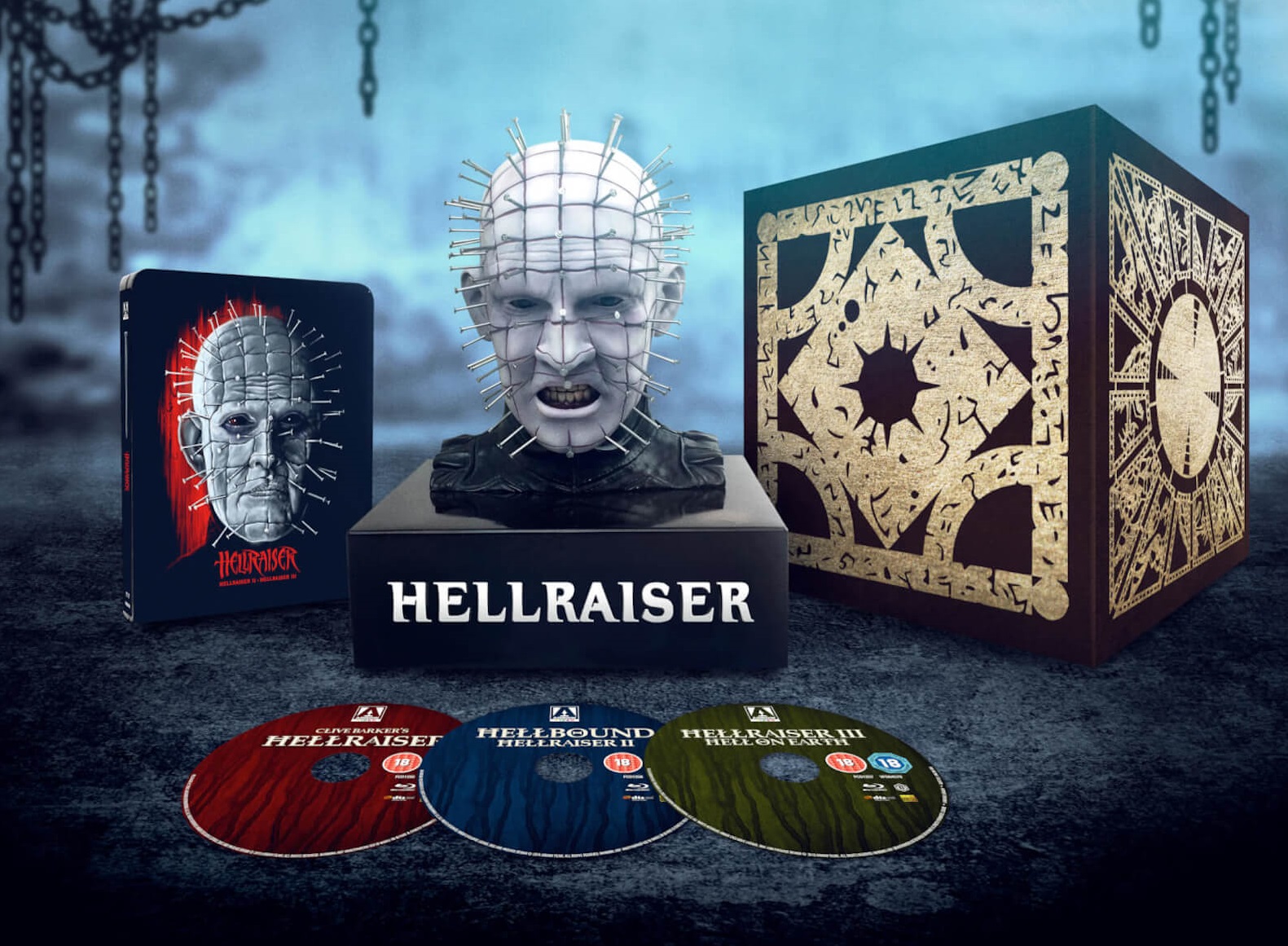 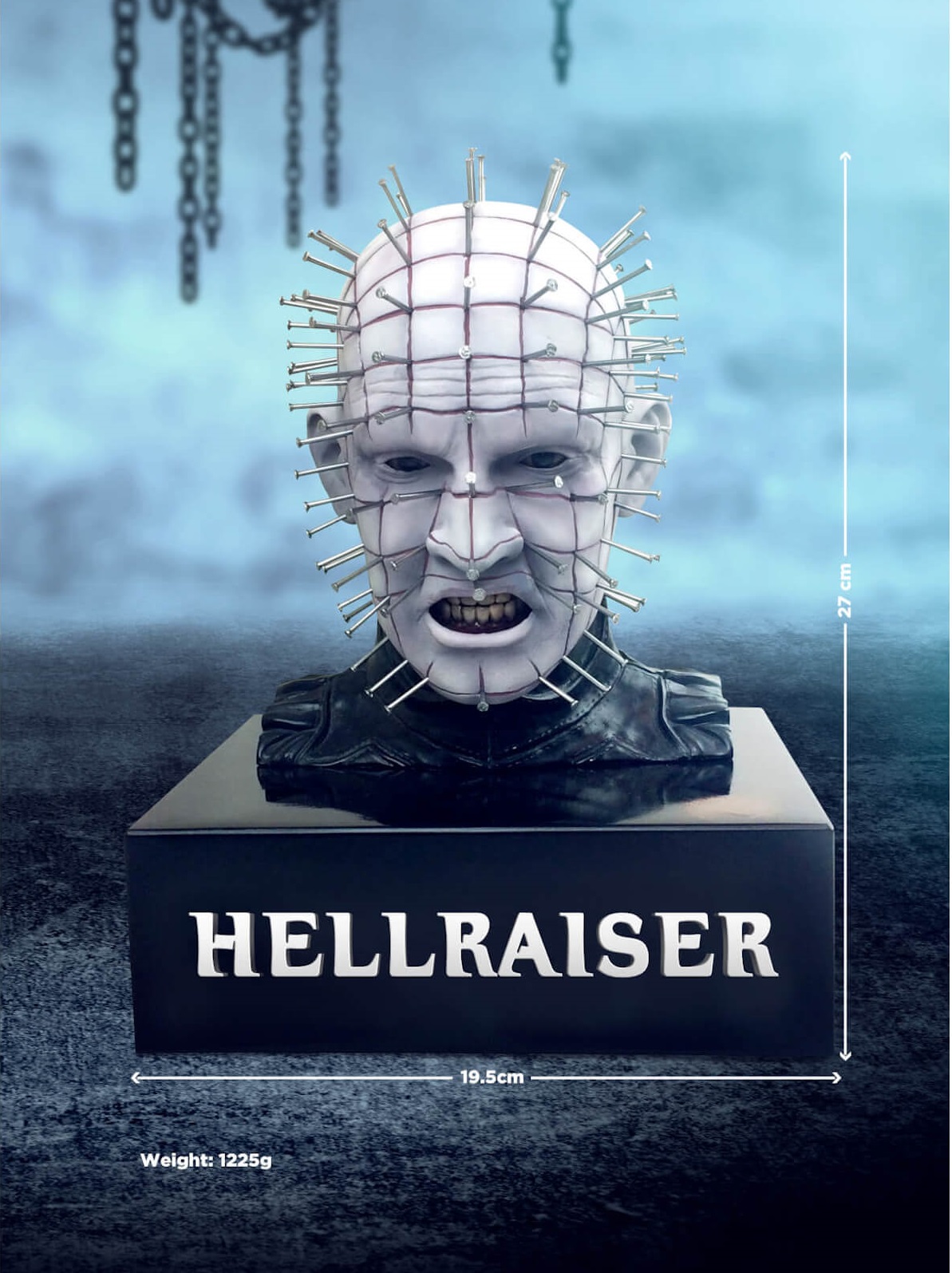 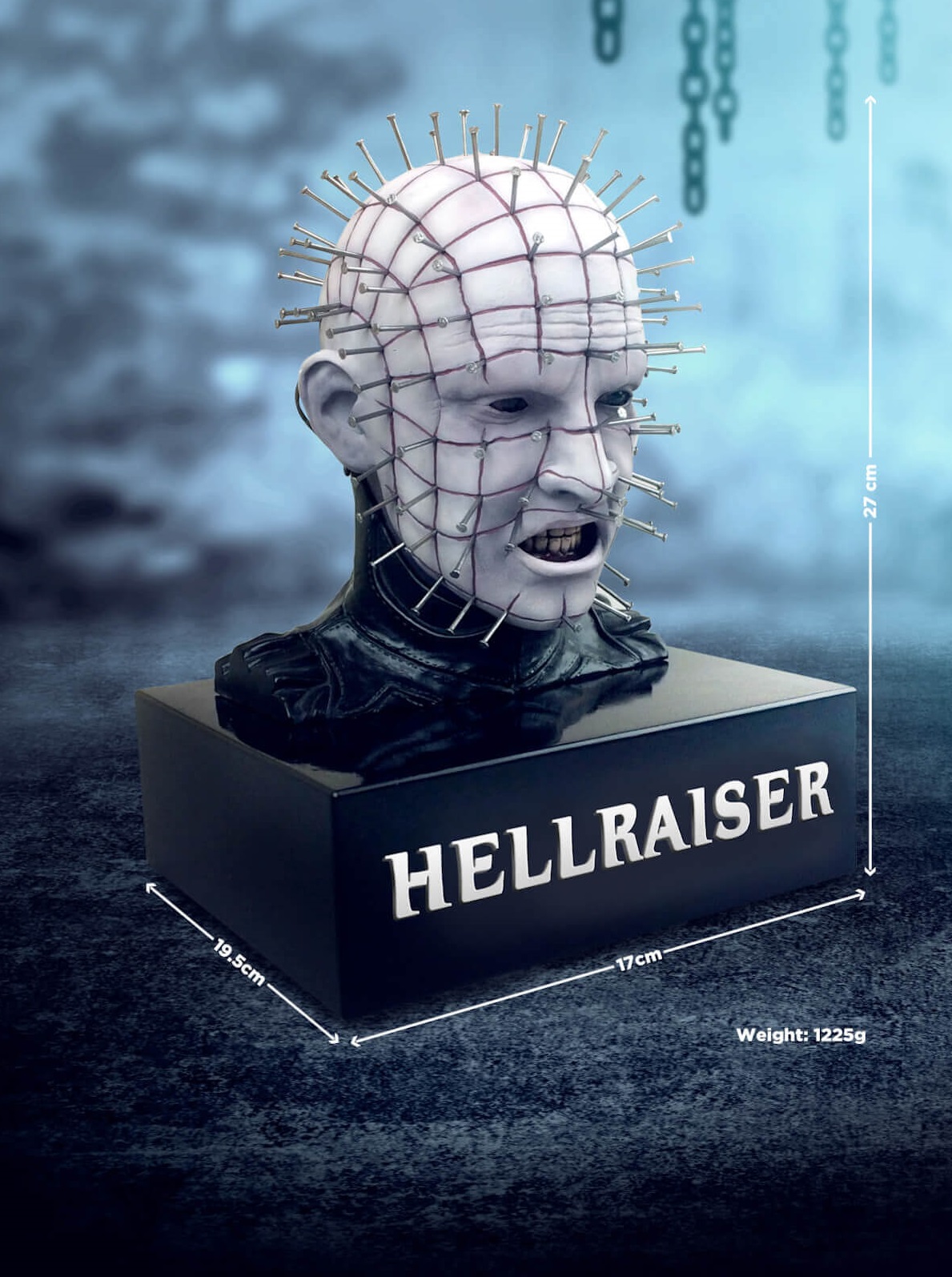 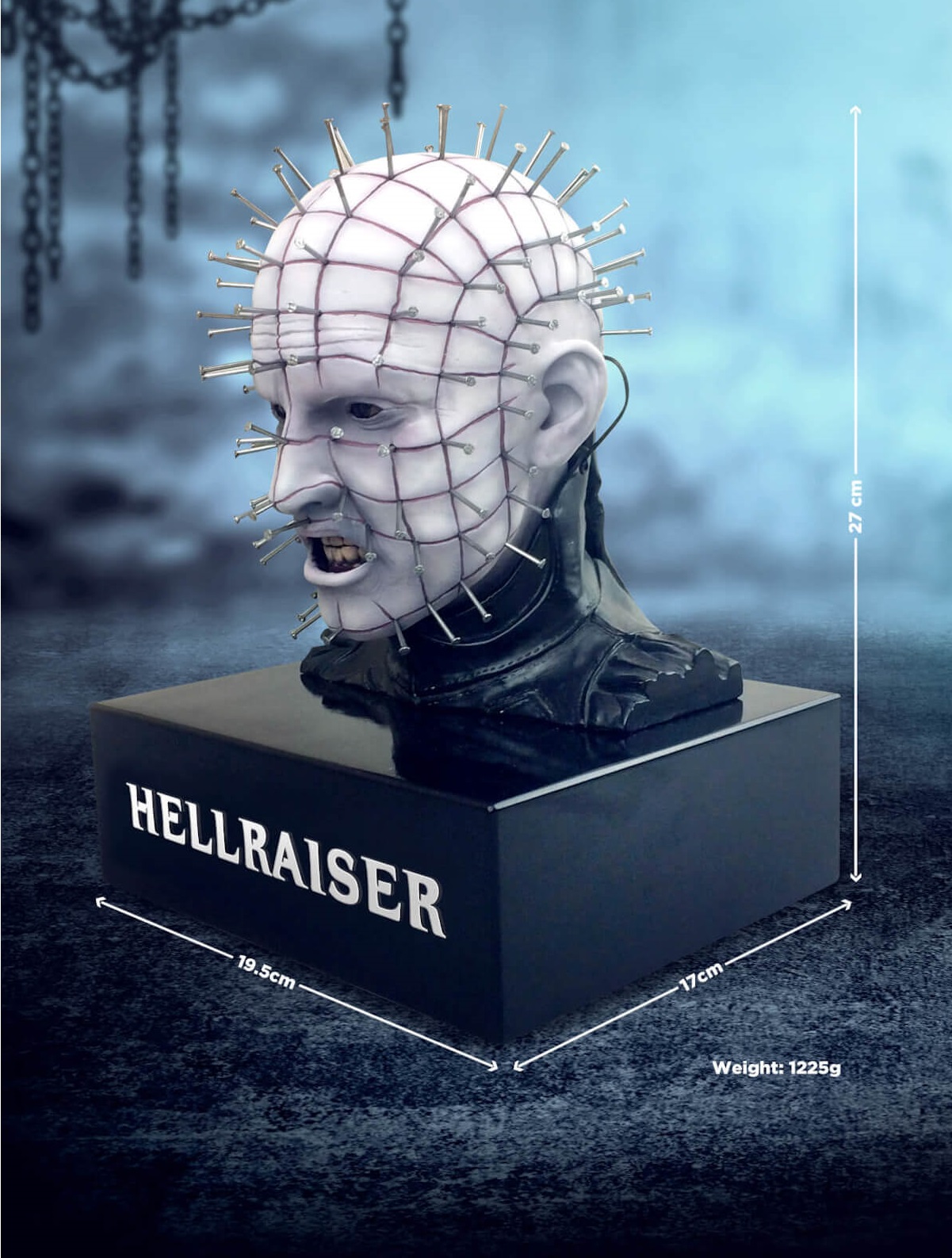 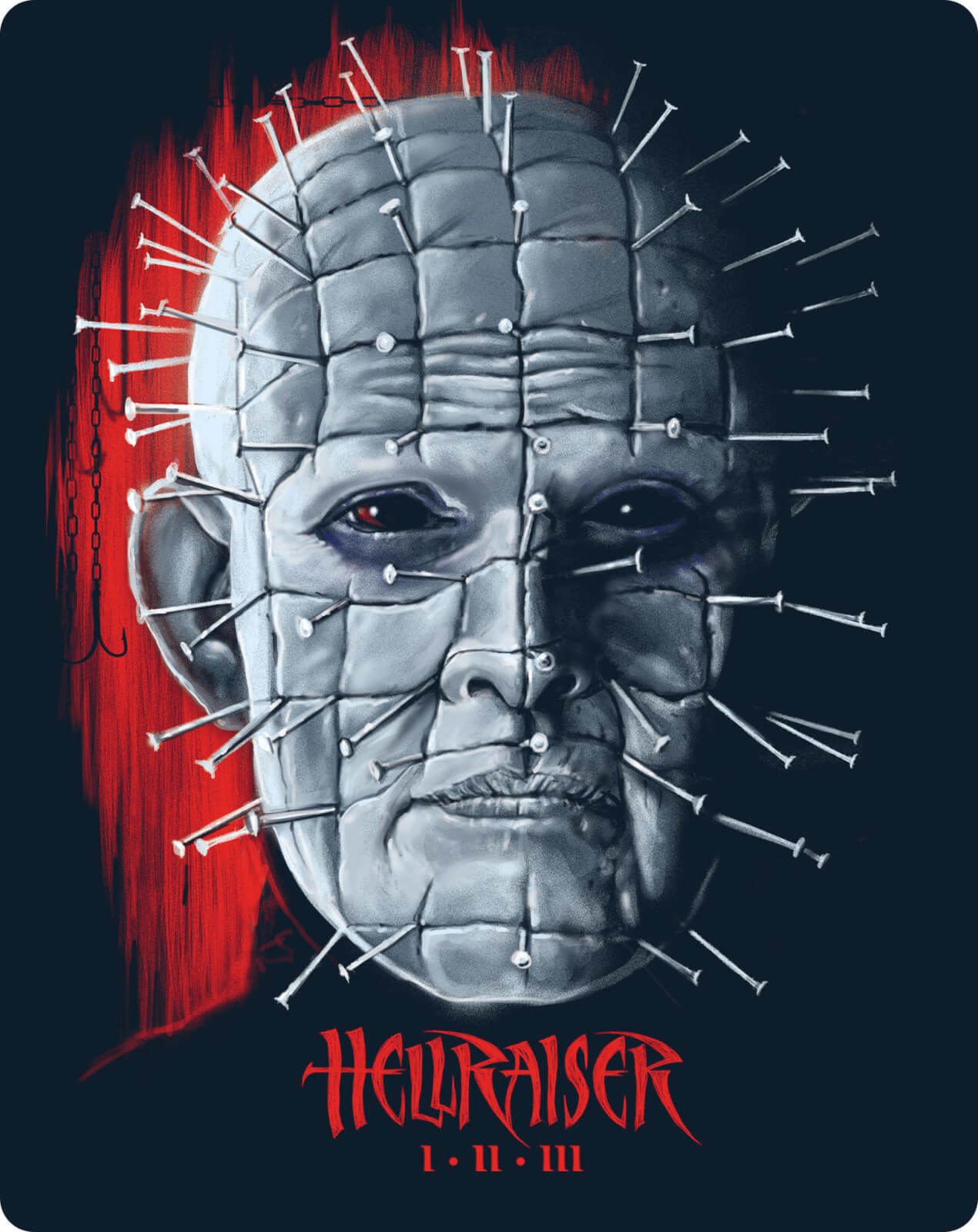 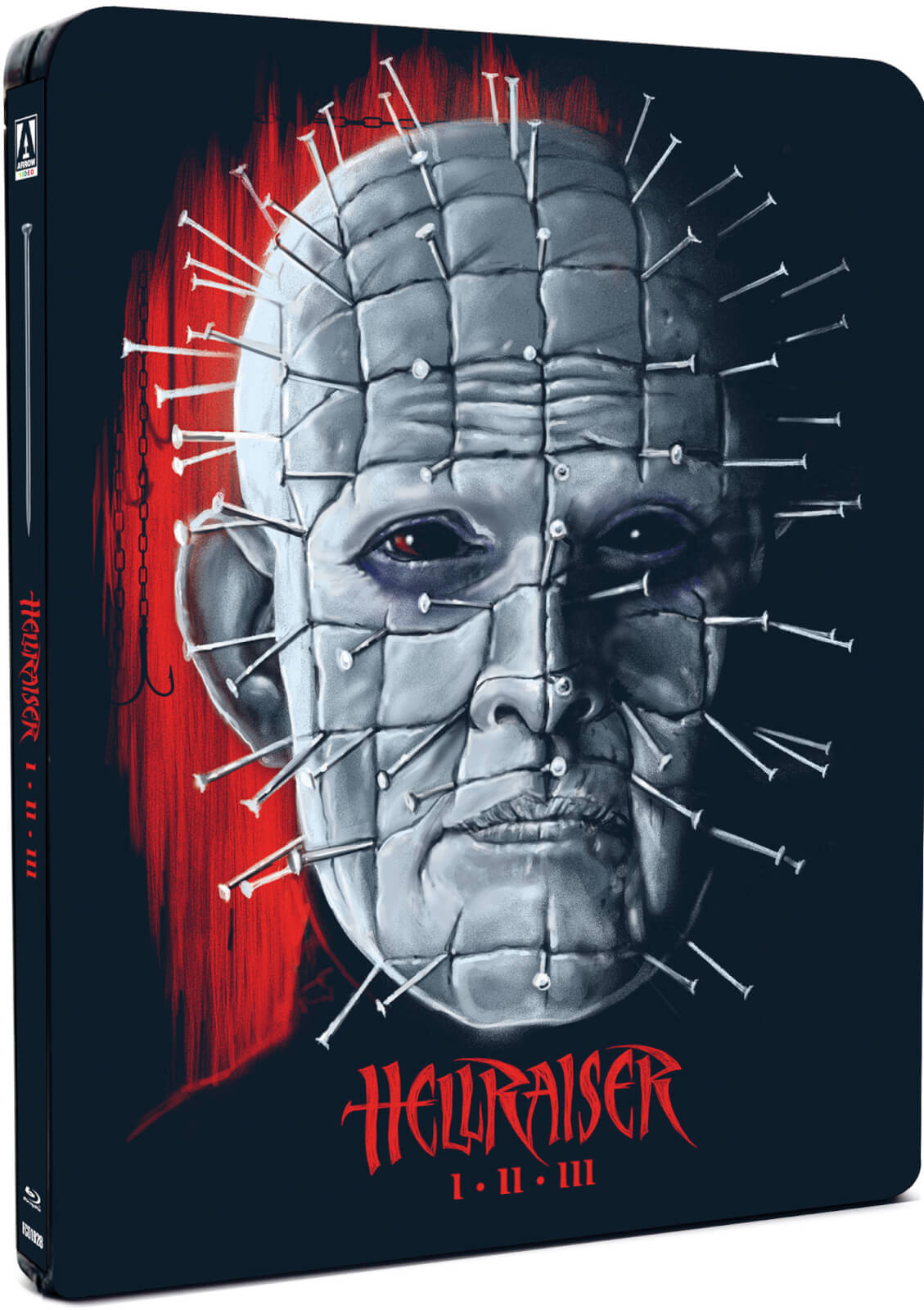 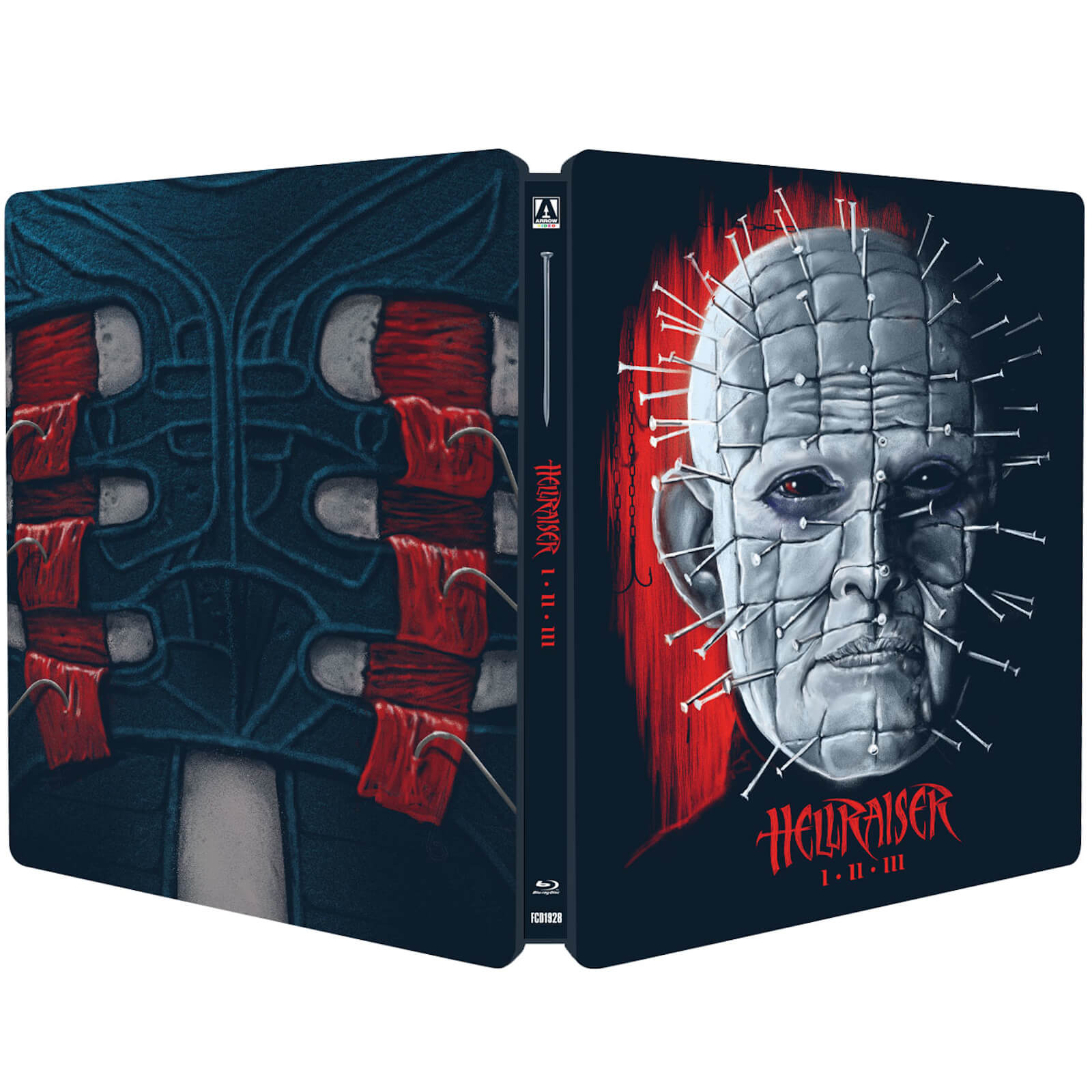 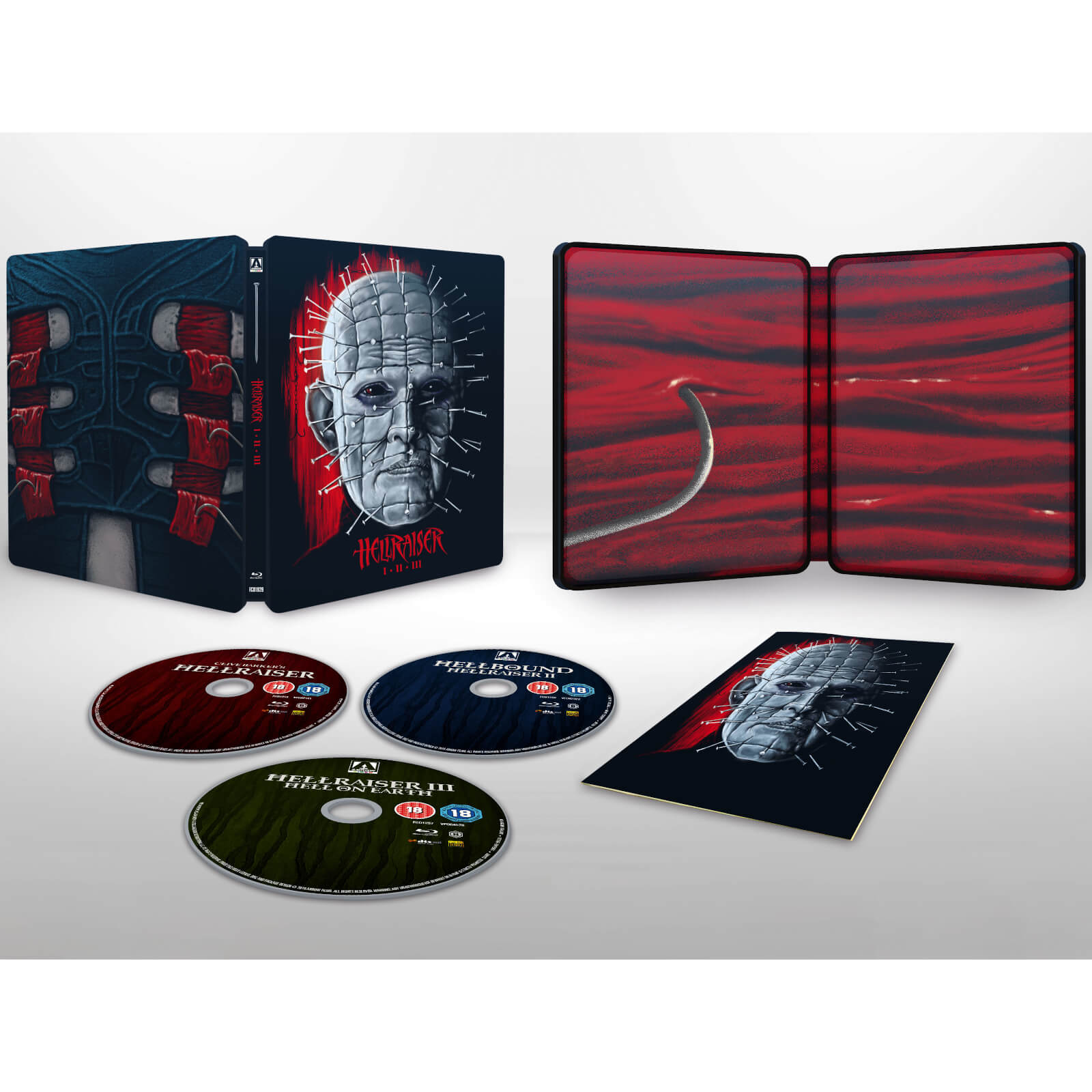