On December 19th Arrow are bringing us this new 6-film, 5-disc boxset of the Ju-on films.

The will include the first first two movies, Ju-on: The Curse 1 & 2 ,for the for the first time outside Japan, Ju-on: The Grudge 1 (on 4K & 2, and Ju-on: White Ghost & Black Ghost, along with the usual packed selection of extras.

All of these will be on Blu-ray, while Ju-on: The Grudge will also be on 4K.

“Ju-On”: the name given to a deadly curse spawned when someone dies in the grip of a violent rage. All who come into contact with it are doomed… Collected together for the first time, writer-director Takashi Shimizu’s Ju-On: The Grudge series represents the flesh-crawling pinnacle of Japanese chillers that swept the globe at the turn of the millennium.

The films introduce the anonymous family house in the suburbs of Tokyo where an unspeakable evil lingers alongside its residents, the ghastly mother-son pairing of Kayoko and Toshio Saeki. Shimizu’s disconcerting approach to plotting, unnerving eye for the uncanny details in the dark corners of the frame and an innate talent for effective jump scares so impressed Evil Dead director Sam Raimi that he invited the director to helm two Hollywood remakes.

The quintessential J-horror series make its Blu-ray debut with a brand new 4K restoration of Ju-On: The Grudge and a wealth of new and archival extras, including Shimizu’s two The Curse straight-to-video precursors (previously unreleased outside Japan) and the White Ghost/Black Ghost diptych of tales unfolding within the same terrifying universe. 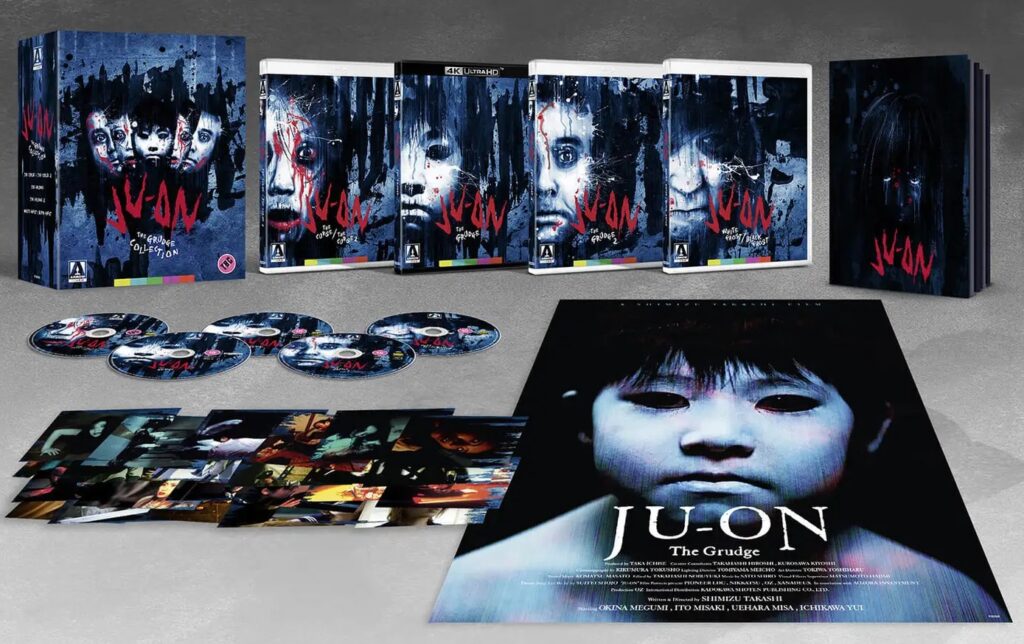 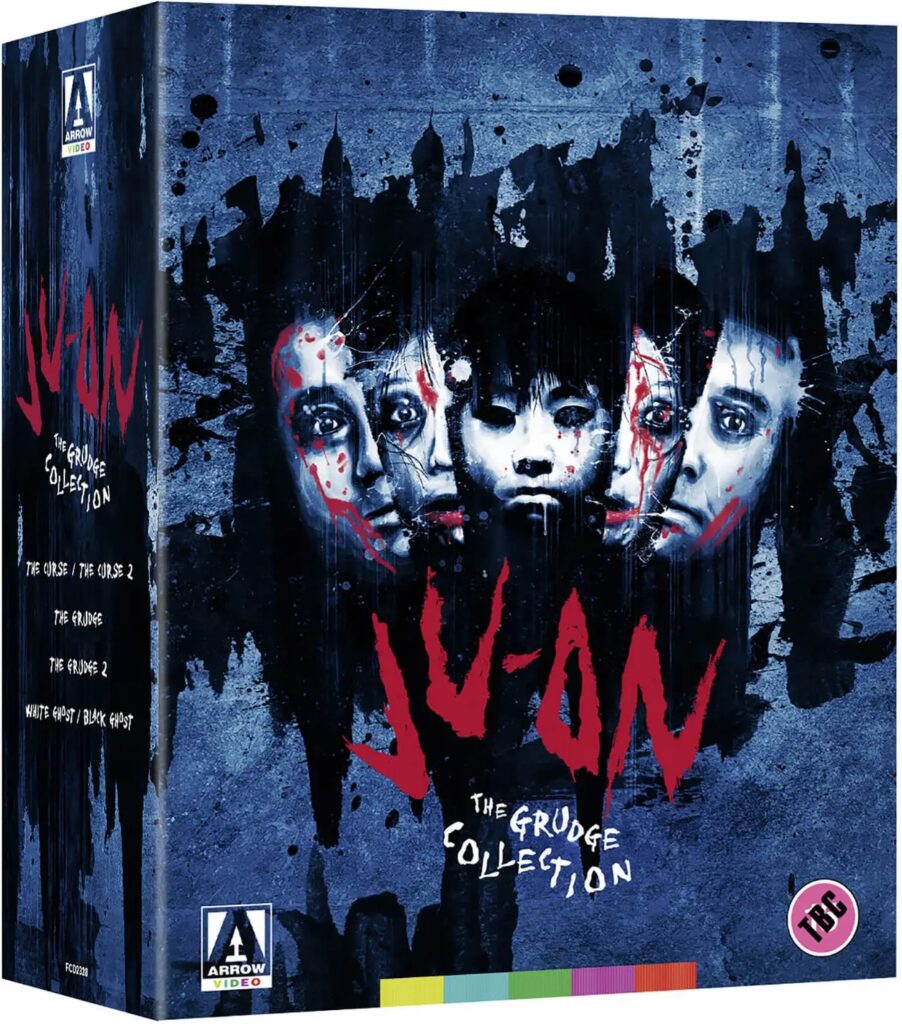