On August 22nd Zavvi are bringing us a very nice looking steelbook release of the 80s comedy classic Three Amigos.

Pre-orders will be live at 6pm UK time on Saturday 2nd July, so ignore the ‘sold out’ button until then.

Steve Martin, Chevy Chase, and Martin Short travel a dusty road to adventure in this zany mix of sharp one-liners and clever sight gags. The “Three Amigos” are a silent screen comedy act who have seen better days. So has a remote Mexican hamlet which is being terrorized by a fierce bandit gang. In desperation a naïve villager sends the actors a telegram asking for their help. Thinking they’re being offered a fortune for a personal appearance, the hapless trio arrives in Mexico, only to discover this time they’re dodging real bullets. Directed by John Landis (Animal House, Trading Places), here is a comedy about three loveable bumblers who are in way over their heads but come what may, they’ll always remain the THREE AMIGOS! 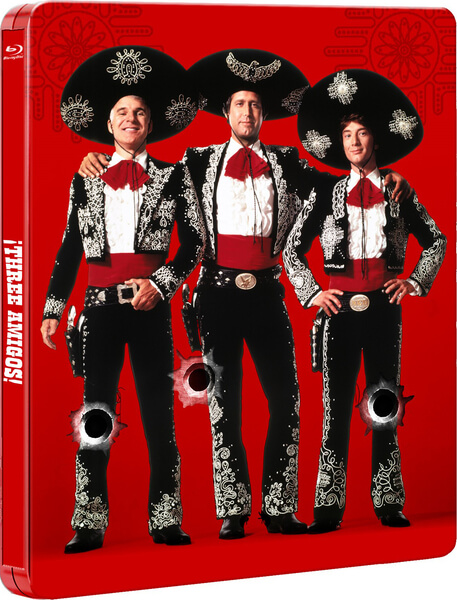 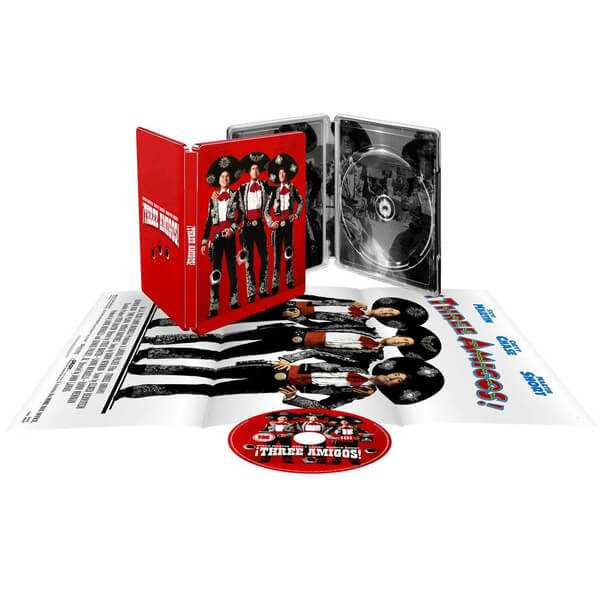