’71, the acclaimed Belfast-set drama, is getting a very nice looking UK steelbook release from Zavvi on March 9th.

Pre-orders will be live at 6pm UK time on December 6th, so ignore the ‘sold out’ button until then.

Jack O’Connell (Starred Up) is Gary Hook, a young British soldier accidentally abandoned by his unit following a riot on the streets of Belfast in 1971. Unable to tell friend from foe, and increasingly wary of his own comrades, the raw recruit must survive the night alone and find his way to safety through a disorientating, alien and deadly landscape. 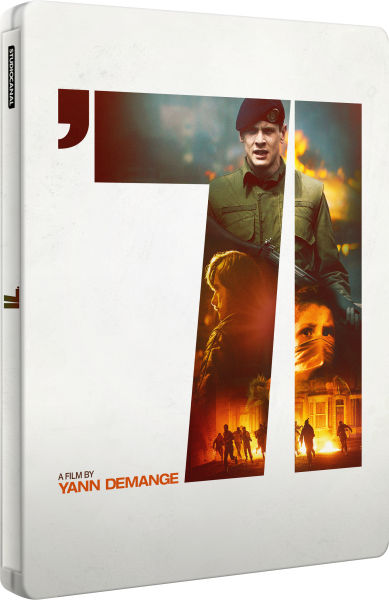