Not a steelbook release, but this may still be of interest to 4K-equipped fans of quality espionage thrillers.

With a hotlt anticipated Amazon TV series about to launch, the original five Jack Ryan movies are heading to 4K in September.

The Hunt For Red October, Patriot Games, and Clear & Present Danger are all presented in new 4K scans, and we think The Sum of All Fears should be as well. The last film, Jack Ryan: Shadow Recruit, was finished as 2K Digital Intermediate, so that’s likely to be an upscale.

Each movie is also included on Blu-ray (most likely the previous transfers), and that’s where you’ll find all the extras, which include a variety of audio commentaries, documentaries, deleted scenes and more.

There’s no word yet on individual or steelbook releases.

Pre-orders are live right now – take your pick! At the time of writing Zoom are cheapest at £80, but this may change before release, so please check all the links for buying.

Of all author Tom Clancy’s iconic characters, one man stands above the rest: Jack Ryan. A-listers HARRISON FORD, ALEC BALDWIN, BEN AFFLECK and CHRIS PINE have all played this legendary hero across the franchise, as he climbed the ranks from a CIA rookie analyst in Jack Ryan: Shadow Recruit to the agency’s Deputy Director in Clear And Present Danger. The position has its risks – seeing Ryan faceoff with a rogue Soviet submarine captain in The Hunt For Red October, protecting his family from deadly Irish revolutionaries in Patriot Games, and thwarting a nuclear attack in The Sum Of All Fears. With the Jack Ryan Collection, relive the adventures of an enduring hero that always rises to the occasion. 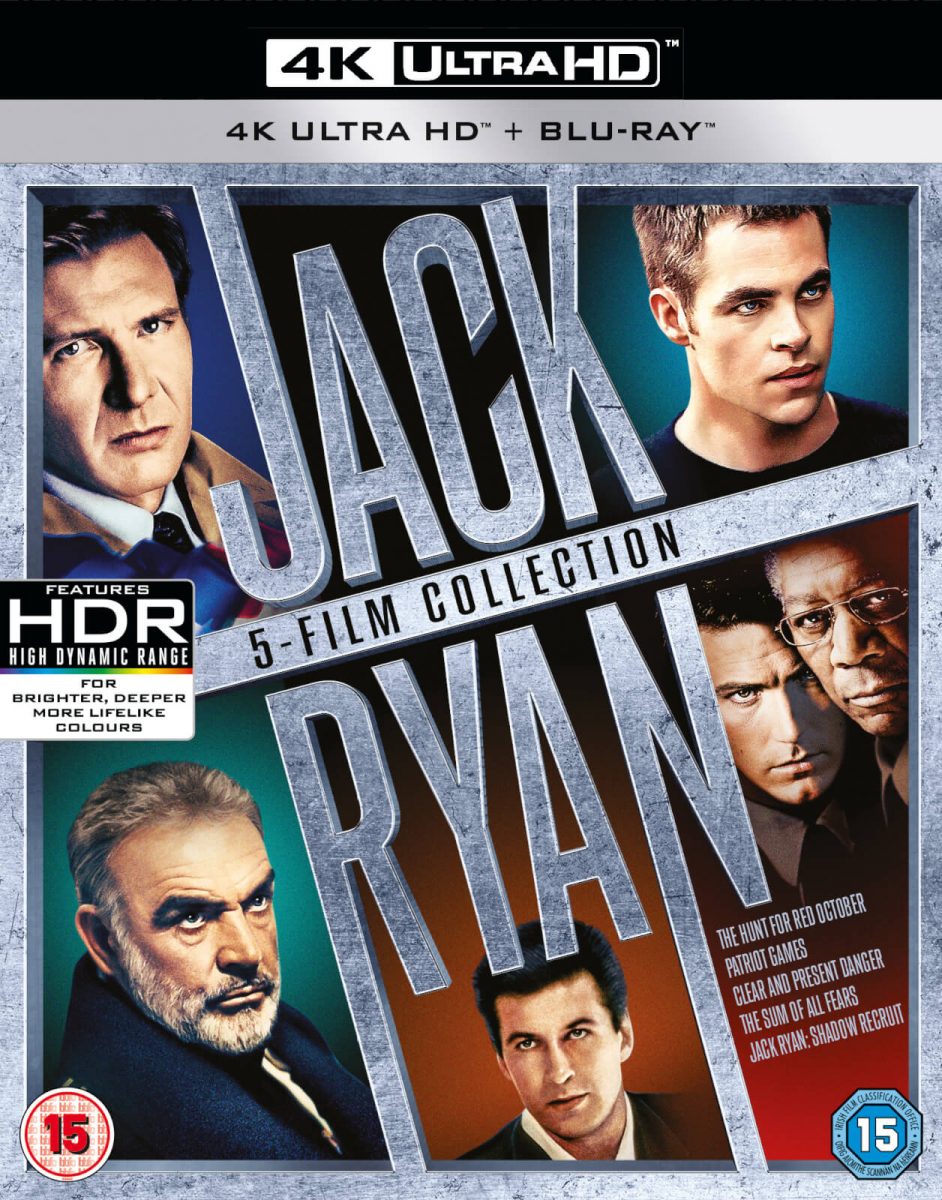