On July 18th you’ll be able to pick up this new Matrix Anthology 4K Steelbook boxset.

Pre-orders are live now for Red Carpet subscribers, and around 9am UK time for everyone else. Our Red Carpet links don’t work properly for some reason, so you may need to log in first, then click the link again. Once the Red Carpet period is up, the link will work fine.

The Matrix
PERCEPTION: Our day-in, day-out world is real.

REALITY: That world is a hoax, an elaborate deception spun by all-powerful machines of artificial intelligence that control us. Keanu Reeves and Laurence Fishburne lead the fight to free humankind in the see-and-see-again cyberthriller written and directed by The Wachowskis and the winner of four Academy Awards®*

Neo seeks the truth about the Matrix. Only one man has the answer, an elusive dangerous man who is known as Morpheus. A stranger called Trinity invites Neo to follow a white rabbit which guides him into a parallel world. Reality is a world run by artificially intelligent machines who control the human slaves in a simulated 20th Century…

The Matrix Reloaded
In the second chapter of the Matrix trilogy, Neo (Keanu Reeves), Trinity (Carrie-Anne Moss) and Morpheus (Laurence Fishburne) continue to lead the revolt against the Machine Army. In their quest to save the human race from extinction, they gain greater insight into the construct of The Matrix and Neo’s pivotal role in the fate of mankind.

The Matrix Revolutions
In this explosive final chapter of the Matrix trilogy, Neo, Morpheus and Trinity battle to defend Zion, the last real-world city, against the onslaught of the machines that have enslaved the human race. And, now as Neo learns more about his heroic powers–including the ability to see the codes of things and the people, he faces the consequences of the choice made in The Matrix Reloaded.

The Matrix Resurrections
From visionary filmmaker Lana Wachowski comes “The Matrix Resurrections,” the long-awaited fourth film in the groundbreaking franchise that redefined a genre. The new film reunites original stars Keanu Reeves and Carrie-Anne Moss in the iconic roles they made famous, Neo and Trinity. 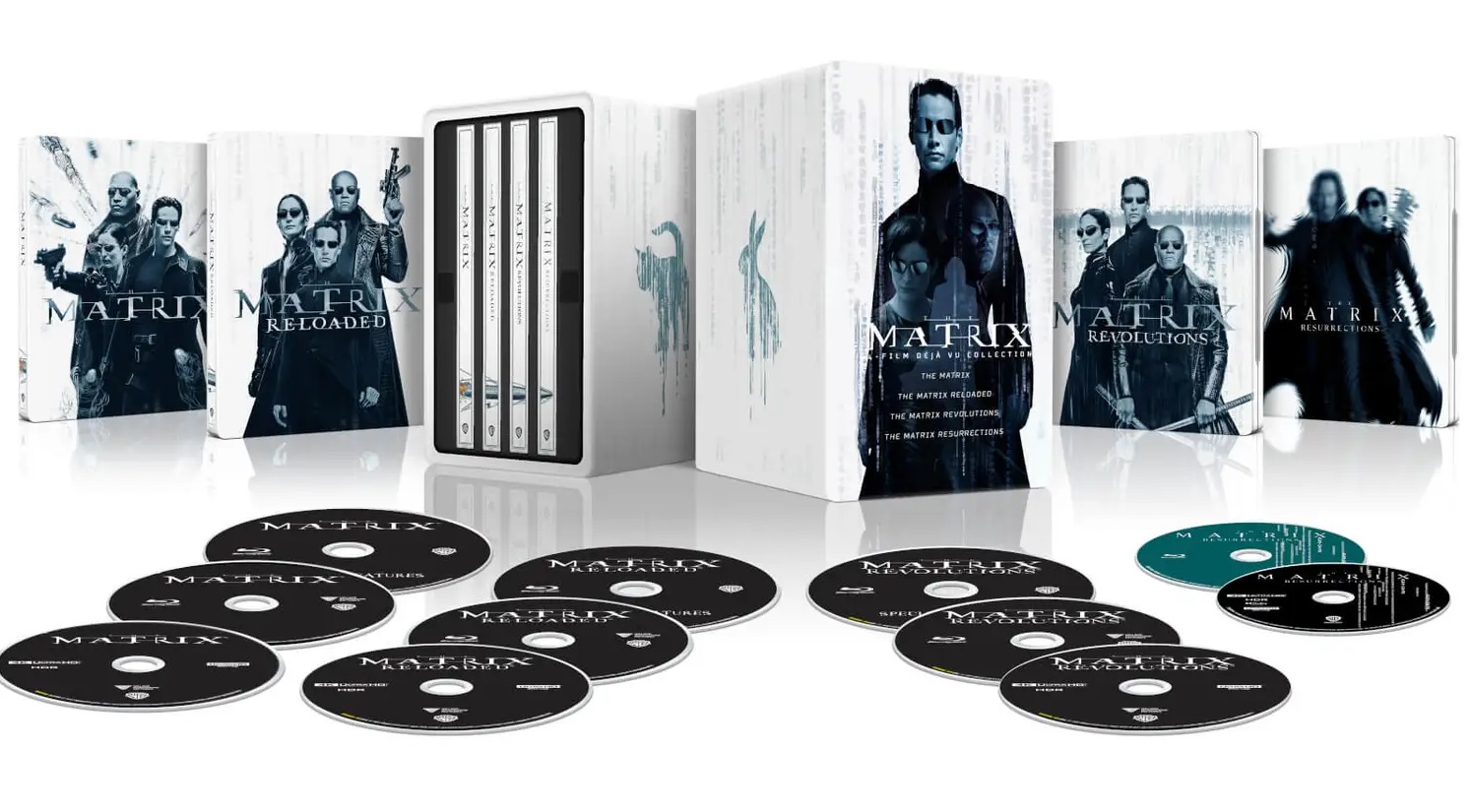