On February 5th the animated period Batman movie Gotham by Gaslight is getting a UK steelbook release.

While pre-orders are already live at Amazon UK, on Friday December 1st at midday UK time, Zavvi will be launching theirs for £3 cheaper – at the time of writing. Ignore their ‘sold out’ button before then.

In an age of mystery and superstition, how would the people of Gotham react to a weird creature of the night, a bat-garbed vigilante feared by the guilty and the innocent alike? The very first Elseworlds tale re-imagines the Dark Knight detective in Victorian times and pits him against the infamous murderer Jack the Ripper. 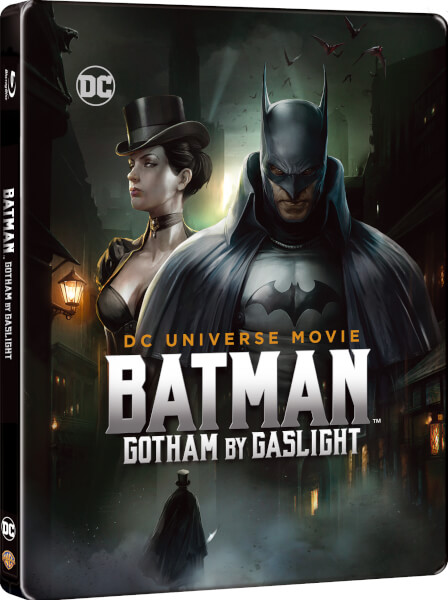