With the eagerly awaited sequel on the way, the first Jumanji movie is getting a new steelbook release from HMV on January 15th.

As well as new artwork, this release also includes some new extra features covering both this film and the new one.

Robin Williams and Bonnie Hunt star in this fantasy adventure directed by Joe Johnston. When Judy and Peter Shepherd (Kirsten Dunst and Bradley Pierce) move into a new house with their mother Nora (Bebe Neuwirth), they discover a mysterious board game in the attic. But when they begin to play, with each move they release wild animals along with Alan Parrish (Williams), a grown man who has been trapped inside the game since he was 12-years-old. Together they must seek out Alan’s friend Sarah (Hunt) and re-enter the game in order to send back all of the wild beasts. 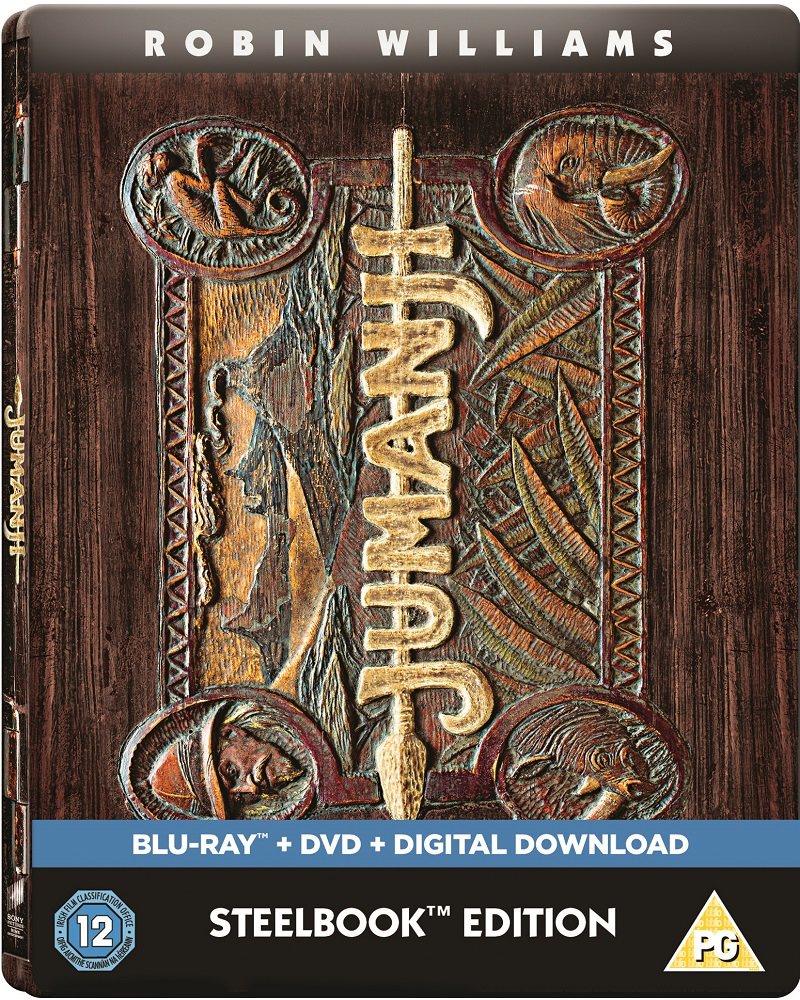 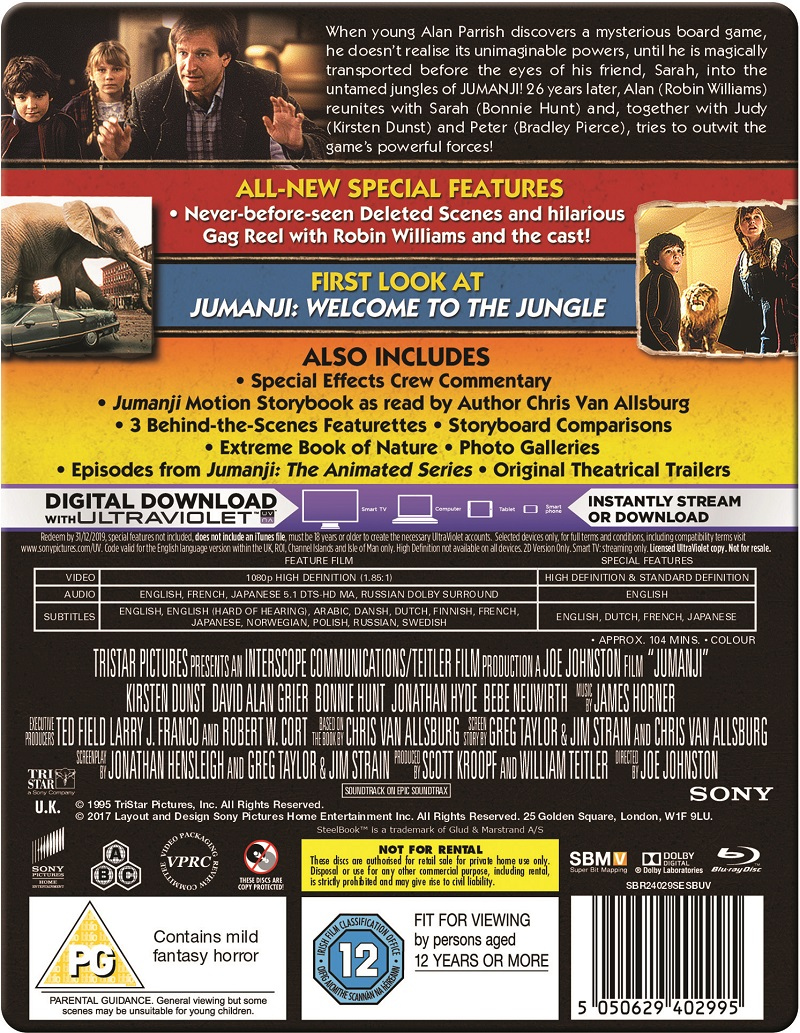 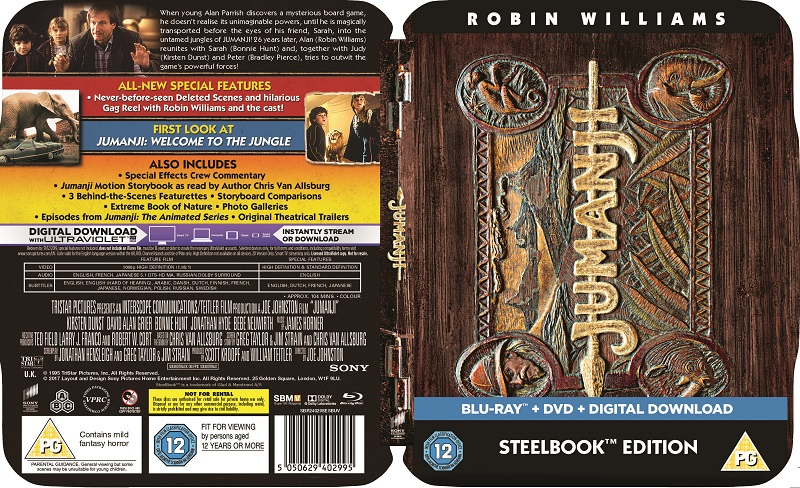