Don’t Look Now is getting a great looking new 3-disc steelbook release, as well as 4-disc collector’s edition, both featuring a newly restored 4K disc, the movie on Blu-ray and a disc of bonus features. The collectors edition will also include a soundtrack CD, poster, booklet and more.

Pre-orders for the Collectors Edition are live right now, and we’re expecting Zavvi to start their steelbook pre-orders around 6pm UK time on Wednesday 5th June, so ignore any ‘sold out’ notice until then.

The first ever 4K restoration of Don’t Look Now, which was Nicolas Roeg’s finest film and arguably – one of the best British films ever made! Starring Donald Sutherland and Julie Christie, this is a brilliant adaptation of a Daphne Du Maurier short story. On a cold, bright autumn day in Suffolk, England, a little girl in a red mackintosh drowns in a pond – the daughter of John and Laura Baxter. Trying to recover from the tragedy, the couple arrive in Venice, Italy, where John has been commissioned to restore a church. In the eerie atmosphere of the lagoon city in winter, they encounter two strange sisters. Laura is suddenly released from her grief when one of them, a blind psychic, tells her that she is in contact with her dead daughter. Angered and skeptical, John carries on with his work, but witnesses an unsettling vision of his own: a little girl in a red mackintosh disappearing into the Venetian alleys.

As Venice and his fate closes in on John, illusion, reality and sudden terror spiral the story to its grotesque climax, as the design in director Nicolas Roeg’s mosaic becomes unforgettably clear.

For the 2019 restoration of Don’t Look Now, Studiocanal went back to the original camera negative which was scanned at 4K resolution in 16bit and created the following: 4K DCP, UHD version and a new HD version which were produced with the same high technological standards as today’s biggest international film releases. The restoration and new UHD version was colour graded and approved in London by the BAFTA Award-winning cinematographer, Anthony B Richmond. 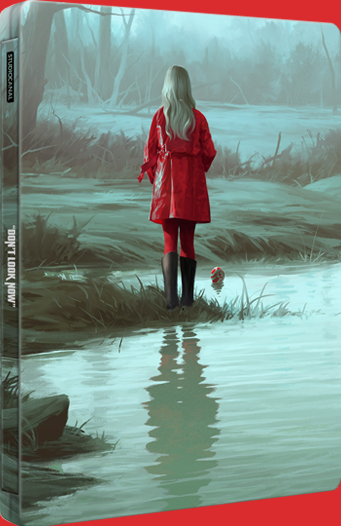 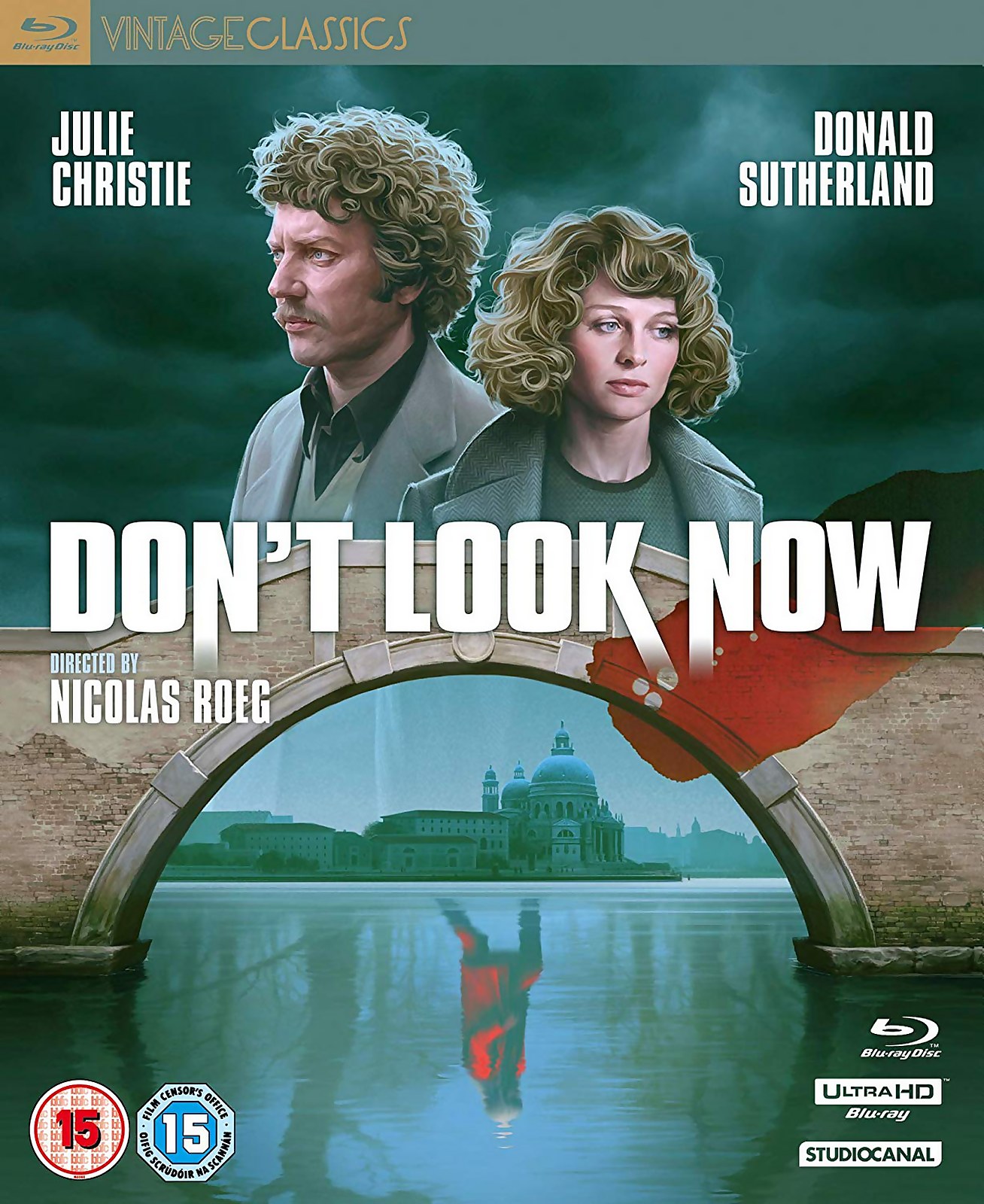