The first Superman movie really set the bar by which all other comic book adaptations have been measured, and now it’s getting a 4K release, based on a brand new 4K scan from the Theatrical Cut’s original negative.

This new remaster will be on both 4K (complete with Dolby Atmos) and Blu-ray – full details are below.

There is a Blu-ray set also coming that will included the Special Edition and Extended Cut.

No word yet on a steelbook for either release.

A box-office smash, an Academy Award-winner and a fan favourite since it first flew into theaters, Superman: The Movie assembles a cast and creative contingent as only a big movie can. As its heart (and for three sequels) is Christopher Reeve’s intelligent, affectionate portrayal of a most human Man of Steel. Reeve, Marlon Brando (Jor-El), Gene Hackman (Lex Luthor) and Margot Kidder (Lois Lane) give performances that fuel the film’s aura of legend. Watching Superman isn’t just like being a kid again. It’s better. Includes theatrical version on both 4K and remastered Blu-Ray Disc. 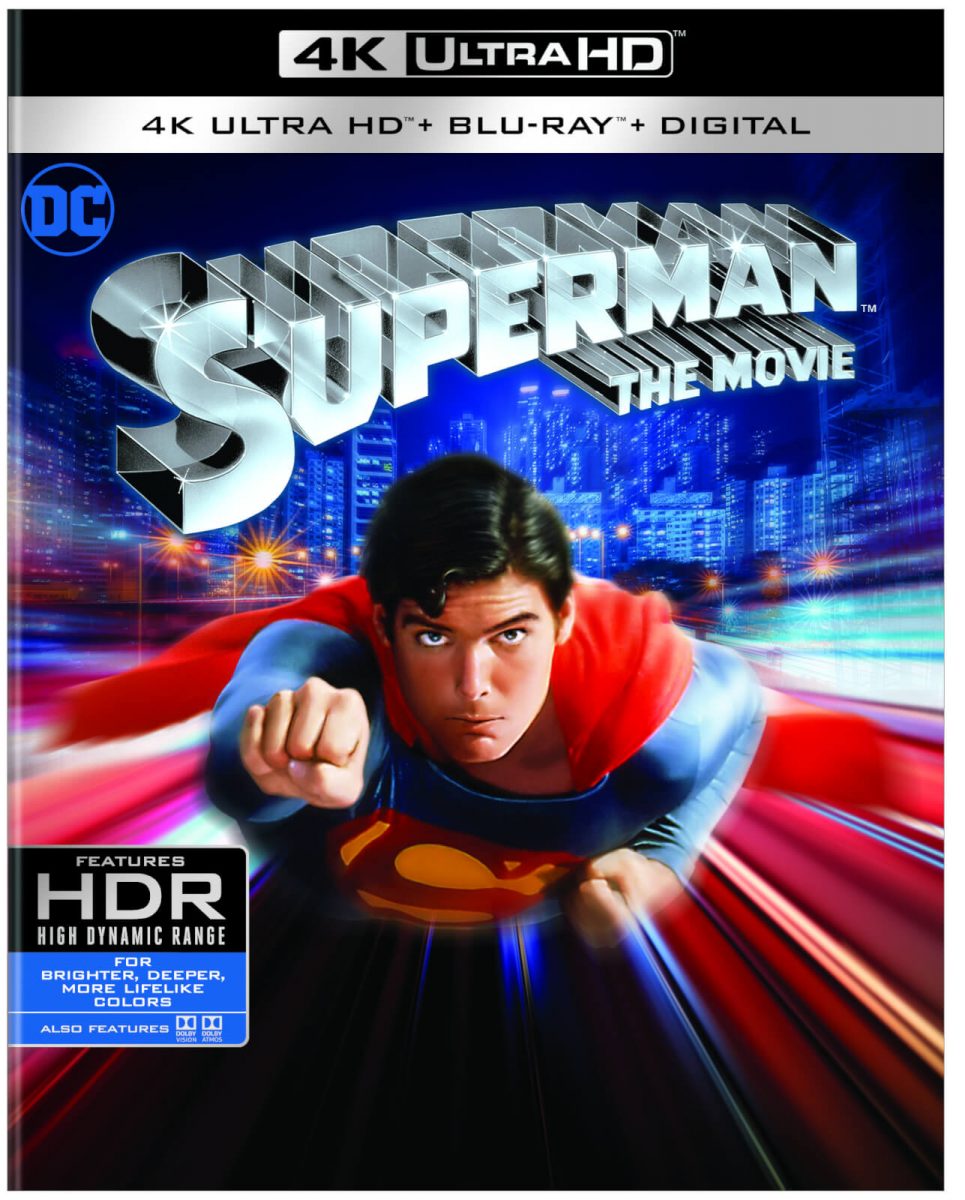