On April 26, Arrow are bringing us this new Limited Edition release of the cult favourite, Donnie Darko.

Featuring both cuts of the film in 4K with Arrow’s usual boat-load of extra features, a 100 page hardback book, poster, art cards and more, this is an essential buy for fans.

I WANT YOU TO WATCH THE MOVIE SCREEN. THERE’S SOMETHING I WANT TO SHOW YOU.

Fifteen years before Stranger Things combined science-fiction, Spielbergian touches and 80s nostalgia to much acclaim, Richard Kelly set the template – and the high-water mark – with his debut feature, Donnie Darko. Initially beset with distribution problems, it would slowly find its audience and emerge as arguably the first cult classic of the new millennium.

Donnie is a troubled high school student: in therapy, prone to sleepwalking and in possession of an imaginary friend, a six-foot rabbit named Frank, who tells him the world is going to end in 28 days, 06 hours, 42 minutes and 12 seconds. During that time he will navigate teenage life, narrowly avoid death in the form of a falling jet engine, follow Frank’s maladjusted instructions and try to maintain the space-time continuum.

Described by its director as “The Catcher in the Rye as told by Philip K. Dick”, Donnie Darko combines an eye-catching, eclectic cast – pre-stardom Jake and Maggie Gyllenhaal, heartthrob Patrick Swayze, former child star Drew Barrymore, Oscar nominees Mary McDonnell and Katharine Ross, and television favourite Noah Wyle – and an evocative soundtrack of 80s classics by Echo and the Bunnymen, Tears for Fears and Duran Duran.

This brand-new 4K restoration, carried out exclusively for this release by Arrow Films, allows a modern classic to finally receive the home video treatment it deserves. 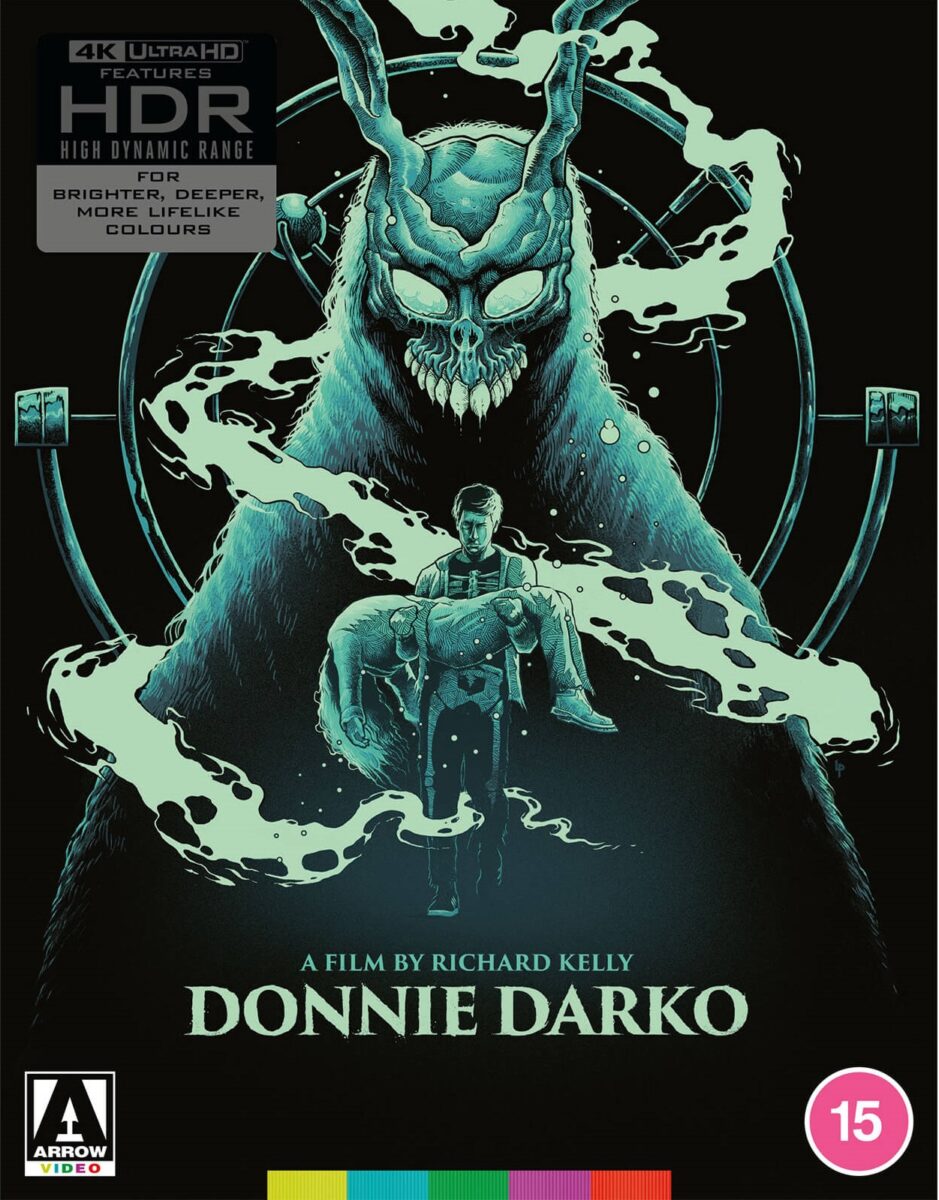 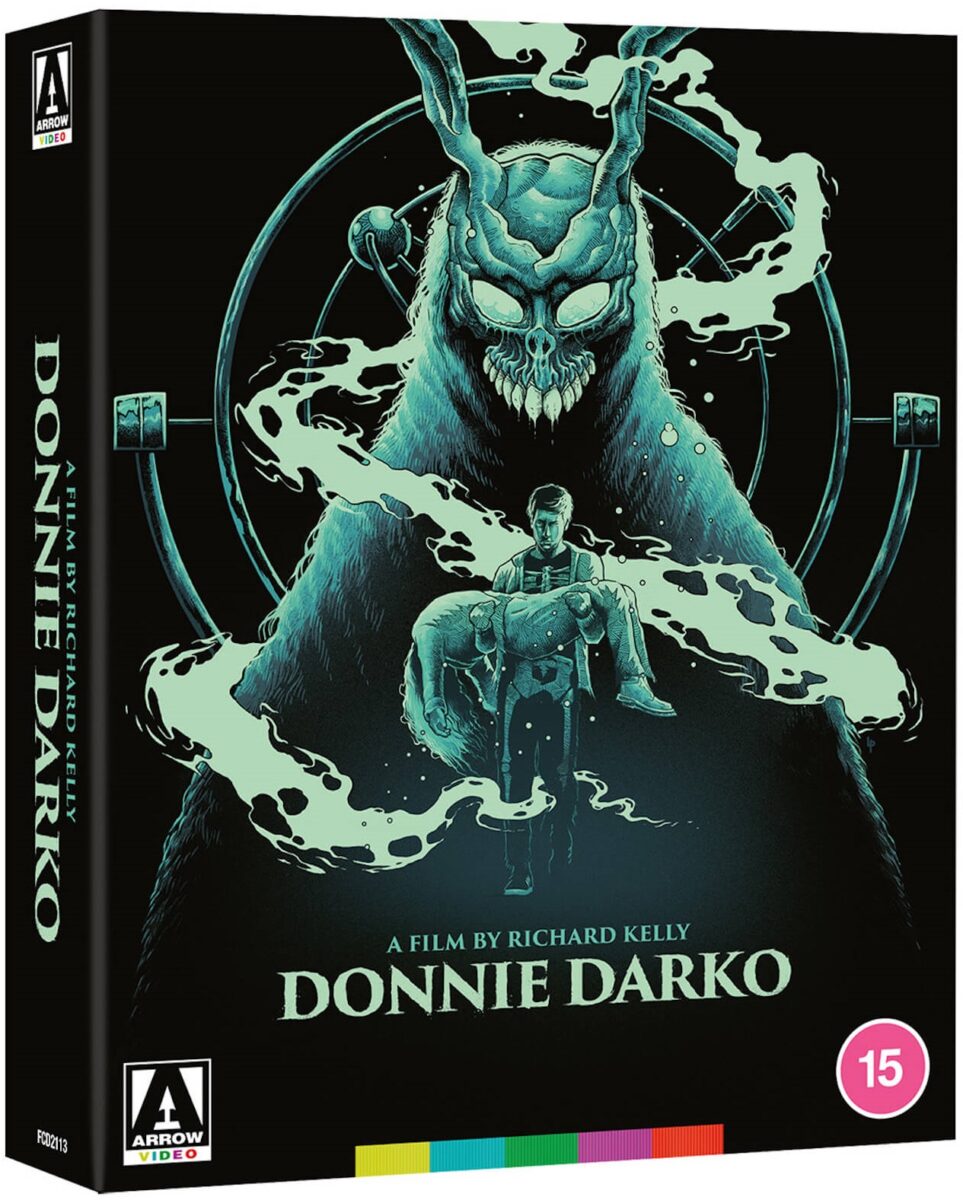 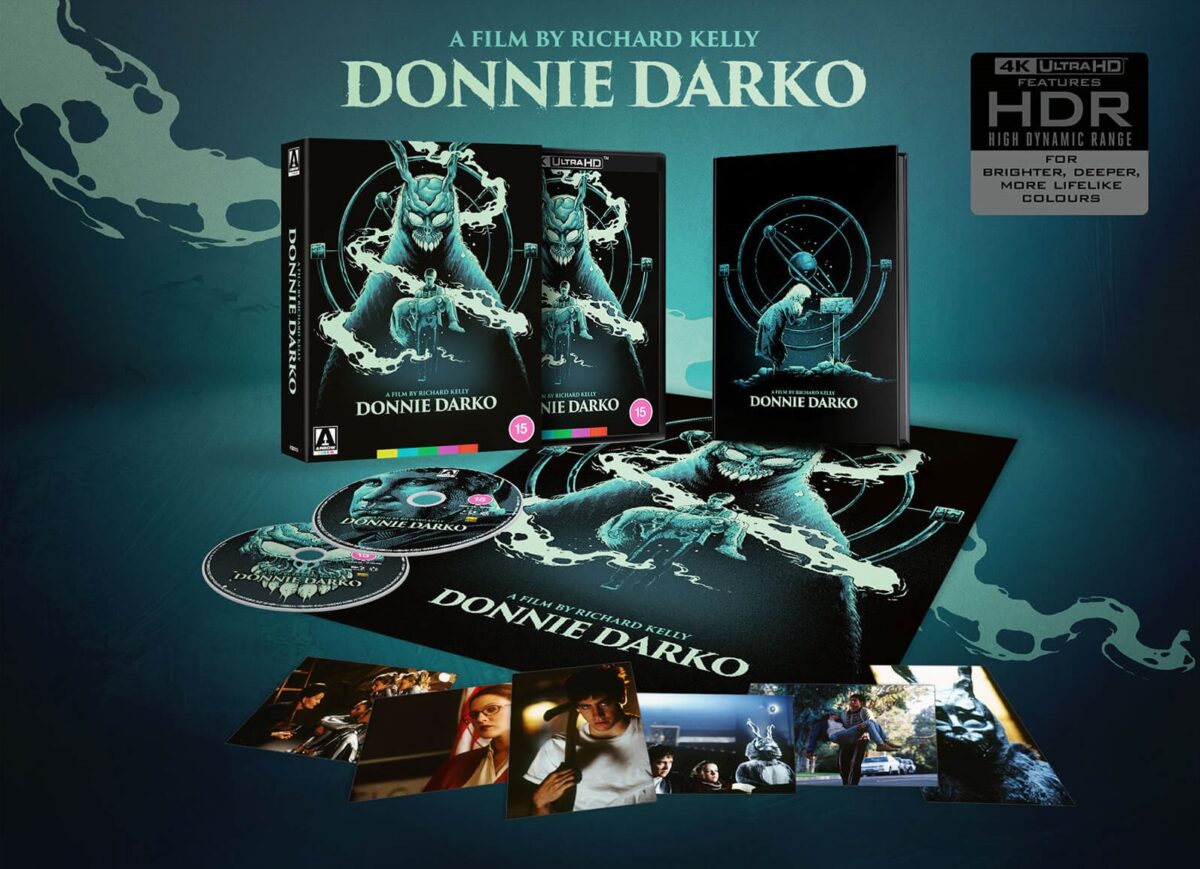