The John Wick series goes from strength to insane strength, and the latest instalment has more bonkers moments in its first half that the first two films combined. It’s an absolute must for action movie fans.

Zavvi have got the UK exclusive steelbook, which will include an exclusive collectable coin and slipcase, alongside the the movie on both 4K and Blu-ray discs.

Pre-orders are live now. This one’s a bit more than the usual price for 4K steelbooks, but does include an official studio-issued, exclusive limited edition collectible JW3 specific coin, which has a value of approx £15

The Exclusive Black Coin will be packaged inside the Steelbook case and the slipcase artwork will be different from the Steelbook artwork.

John Wick (Keanu Reeves) is on the run for two reasons… he’s being hunted for a global $14 million open contract on his life, and for breaking a central rule: taking a life on Continental Hotel grounds. The victim was a member of the High Table who ordered the open contract. John should have already been executed, except the Continental’s manager, Winston, has given him a one-hour grace period before he’s ‘excommunicado’ – membership revoked, banned from all services and cut off from other members. John uses the service industry to stay alive as he fights and kills his way out of New York City. 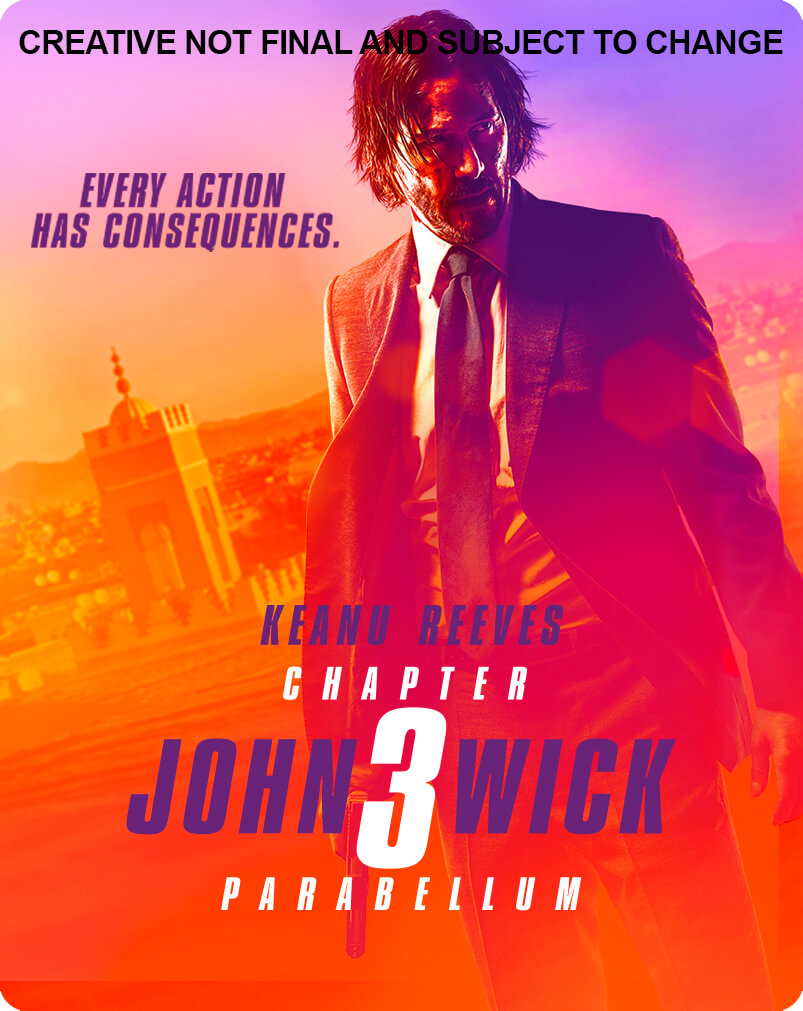