On October 26th you’ll be able to pick up this nice looking Steelbook release of Season Two of Game of Thrones with an Amazon UK exclusive.

The Battle continues in Westeros with feuding families and power hungry rulers. Five Kings vie for a single, all-powerful throne in the all-new season of Game of Thrones – an epic story of duplicity and treachery, nobility and honour, conquest and triumph.

Season 2 plays out against the backdrop of a fast-approaching winter. In King’s Landing, the coveted Iron Throne is occupied by cruel young Joffrey, counseled by his conniving mother Cersei and uncle Tyrion. But the Lannister hold on the Throne is under assault on many fronts. There’s Robb Stark, son of the slain Lord of Winterfell, Ned Stark; Daenerys Targaryen, who looks to shore up her depleted power through three newborn dragons; Stannis Baratheon, eldest brother of the late King Robert; and Stannis’ brother Renly, who has maintained his own claim since fleeing King’s Landing. In the meantime, a new leader is rising among the wildlings North of the Wall, adding new perils for Jon Snow and the Night’s Watch. With tensions and treaties, animosity and alliances, Season 2 of Game of Thrones promises to be a thrilling journey through a riveting, unforgettable landscape. 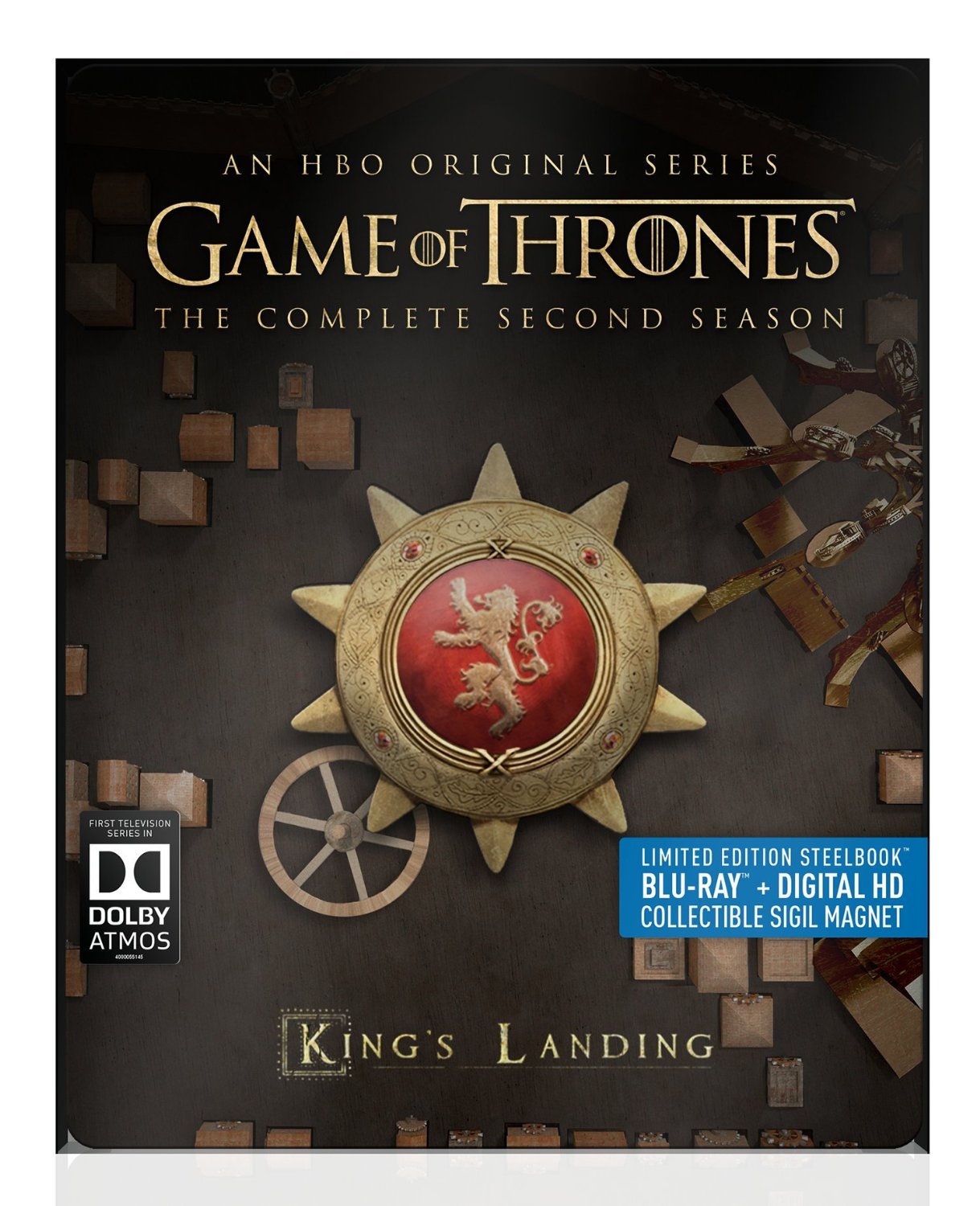