Amazon UK are bringing us this fine looking Steelbook of the first season of Game of Thrones with an exclusive release on October 26th.

Summers span decades. Winters can last a lifetime. And the struggle for the Iron Throne has begun. It will stretch from the south, where heat breeds plots, lusts and intrigues; to the vast and savage eastern lands; all the way to the frozen north, where an 800-foot wall of ice protects the kingdom from the dark forces that lie beyond. Kings and queens, knights and renegades, liars, lords and honest men…all will play the ‘Game of Thrones.’ A new original series based on George R.R. Martin’s best-selling ‘A Song of Ice and Fire’ series. 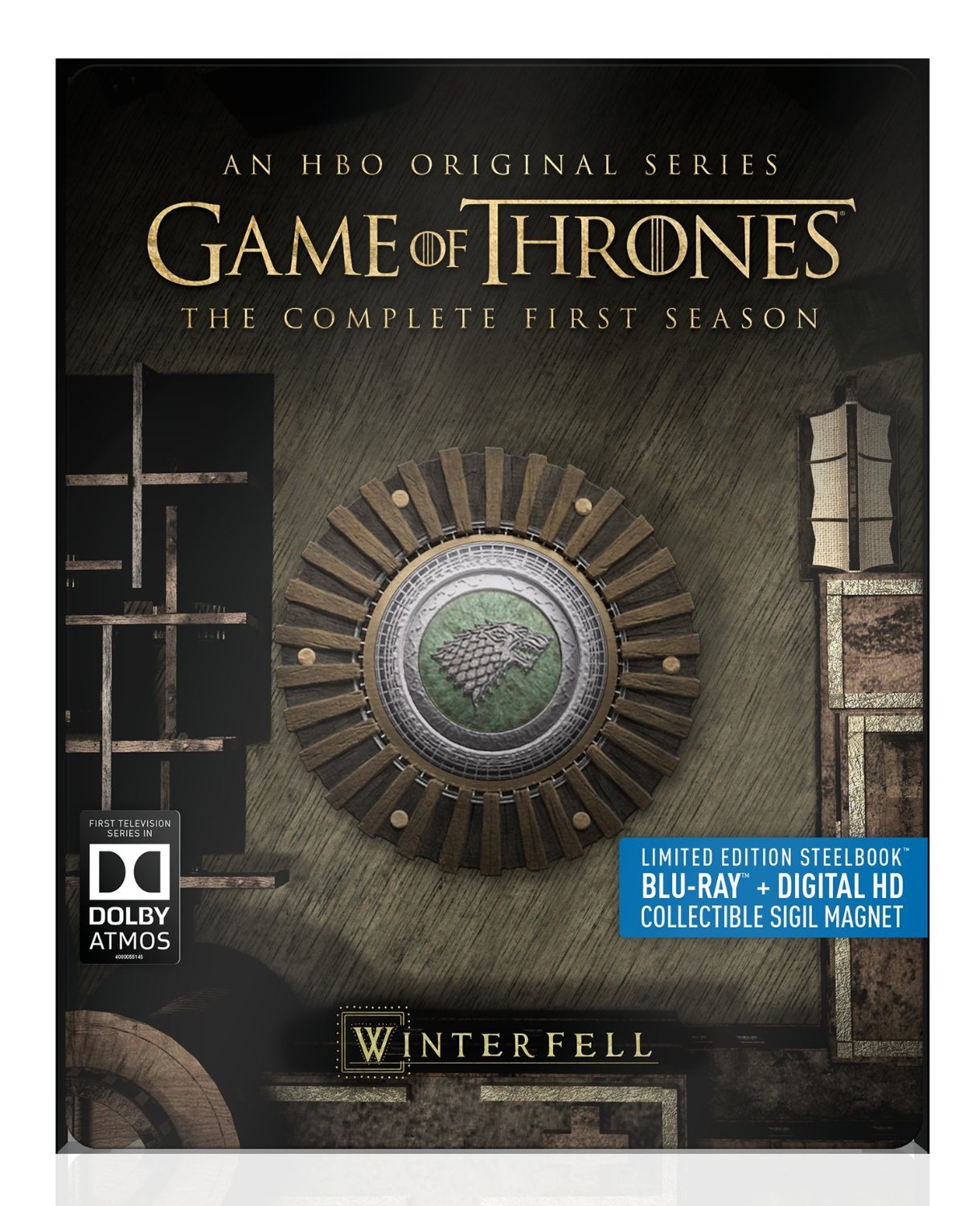