It’s taken them a while, but StudioCanal have finally announced a Collectors Edition release of Prince of Darkness, joining the previously released The Fog, Escape From New York and They Live.

As with those sets, this will include the movie on 4K and Blu-ray discs, a bonus materials Blu-ray and a soundtrack CD, alongside art cards, poster and booklet, all wrapped up in awesome Matt Ferguson artwork.

This 4 disc limited Collector’s Edition of John Carpenter’s 1987 cult classic Prince of Darkness has been stunningly restored in 4K.

Deep in the basement of an abandoned church, once run by a sinister religious sect, lies a strange bottle of green liquid being investigated by a group of local theoretic physics students. But as the night draws in the students soon realise that the relic holds a dark and powerful force beyond their control. A force that could well be the essence of pure evil: the remains of Satan himself.

This release is beautifully packaged with a stylish, newly commissioned illustration by Matt Ferguson on the cover. It contains a UHD of the feature as well as a Blu-ray feature disc, bonus disc and the original soundtrack on CD. It also contains 5 art cards, a newly illustrated theatrical poster and booklet containing original articles, photography from the set, production notes and an essay from celebrated film journalist Kim Newman.

The 2018 restoration of Prince of Darkness was made from the original camera negative. A full 4k 16bit Dolby Vision workflow was applied to create a 4K DCP, UHD version and a new HD version which were produced with the same high technological standards as today’s biggest international film releases.

The restoration and new UHD version was colour graded and approved in Los Angeles by the Cinematographer, Gary B. Kibbe (ASC). 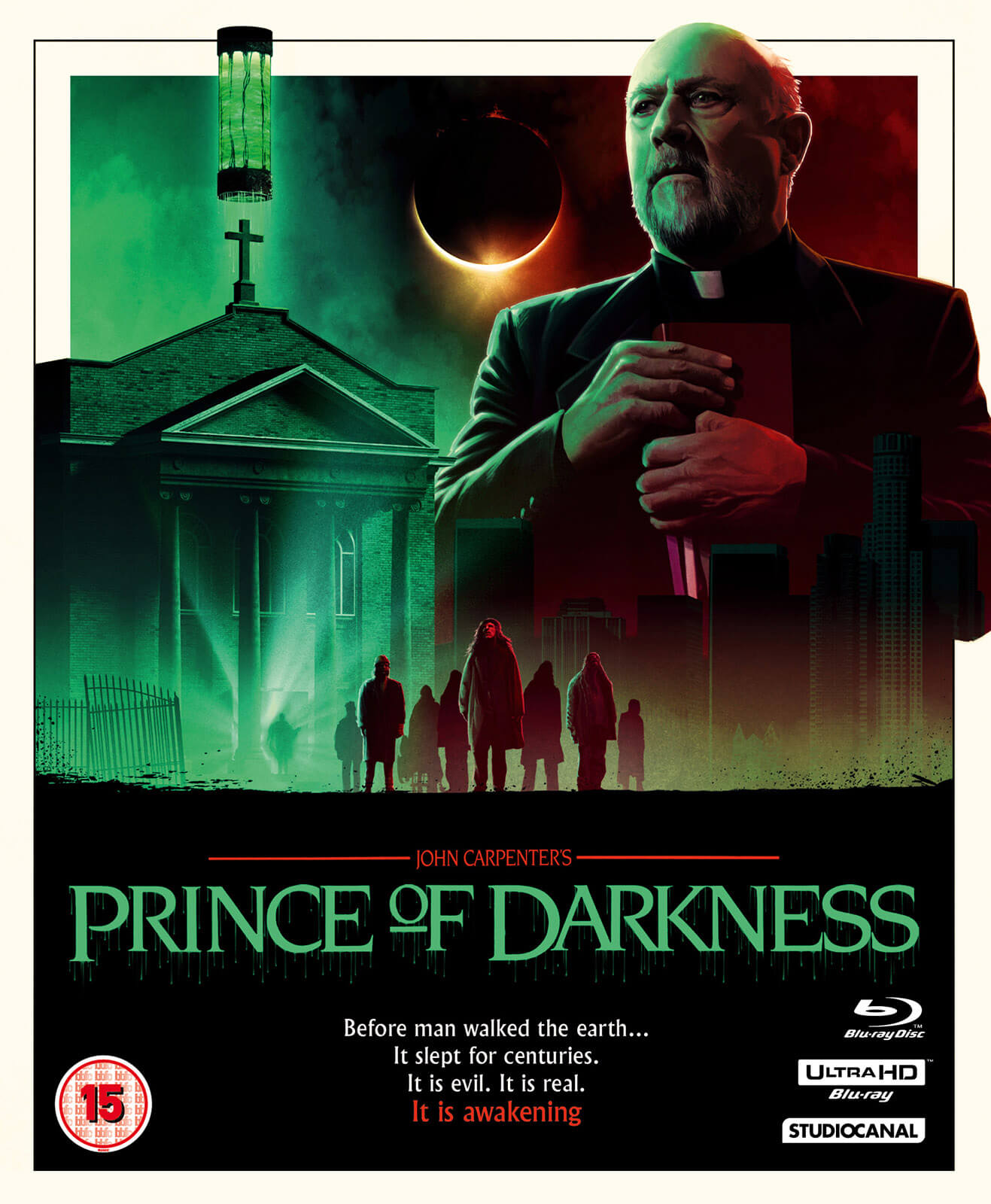 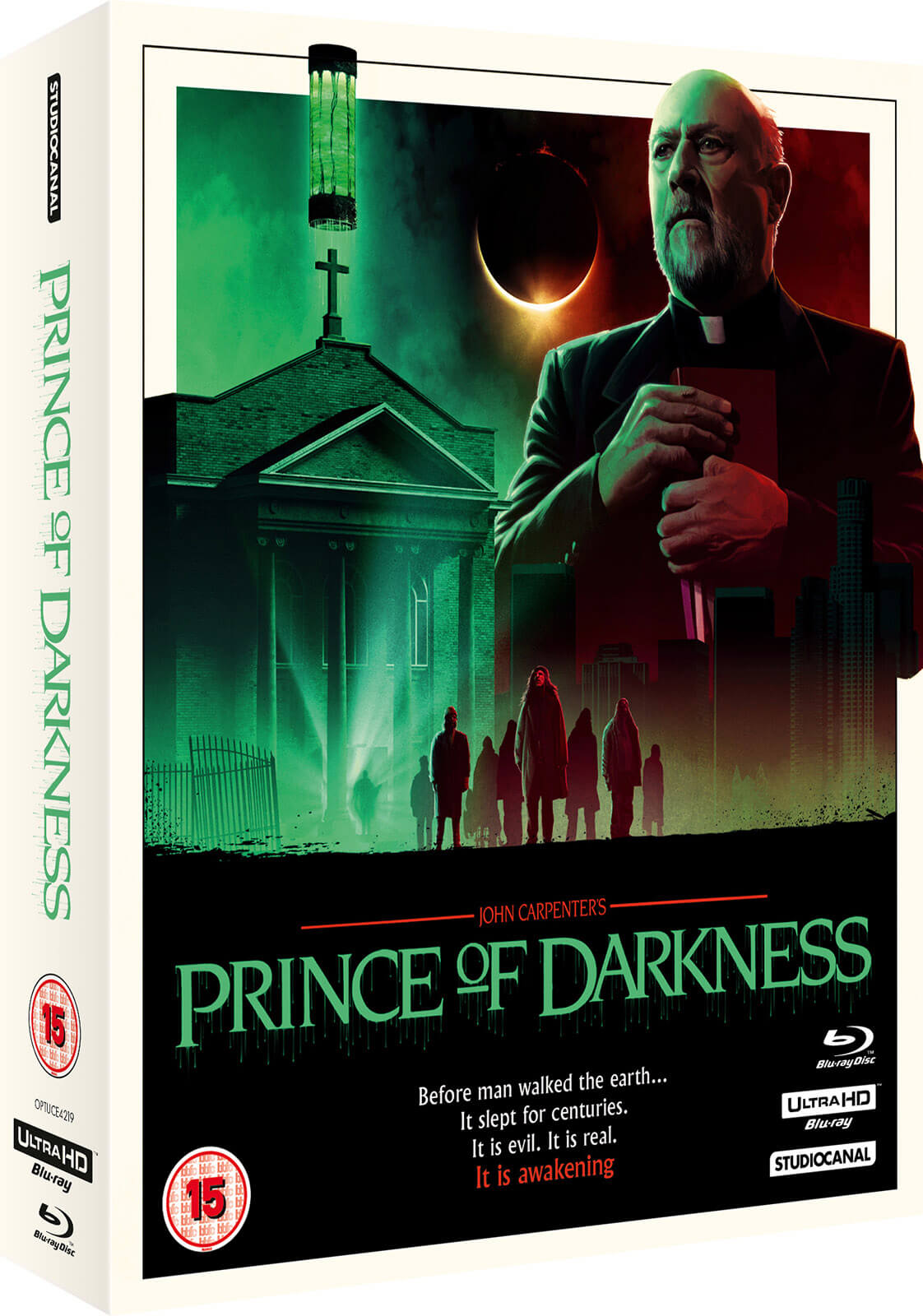 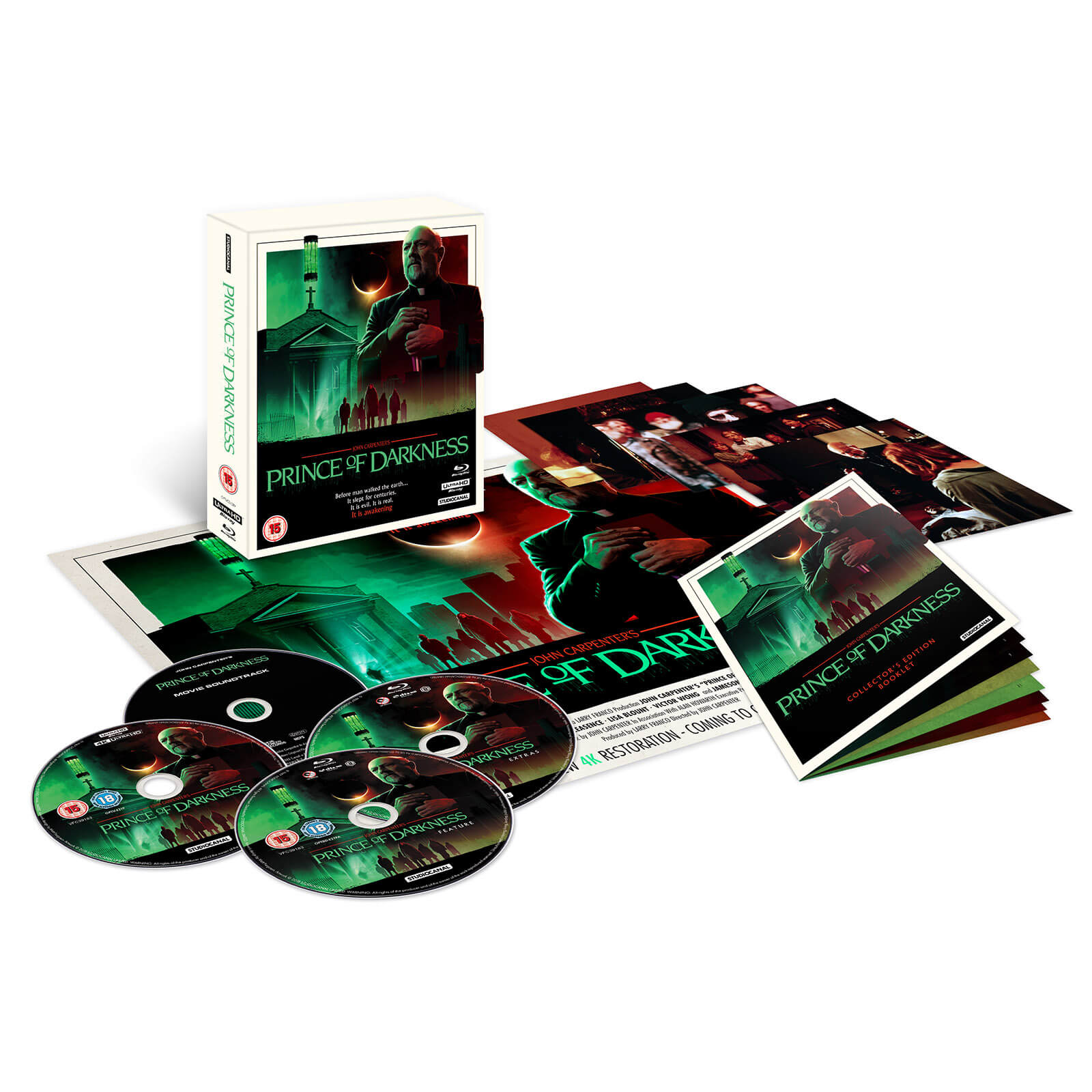