The latest adaption of a hit young adult book series, The Fifth Wave has just hit the big screen, and you can already place your orders for the UK steelbook release.

Chloë Grace Moretz stars in this sci-fi thriller based on the novel by Rick Yancey. When an aeroplane falls from the sky, high school student Cassie (Moretz) starts to notice strange things happening around her. Learning that a mysterious wave has hit the Earth wiping out the world’s electronic signals, word starts to spread of possible extraterrestrial activity. When a second wave hits, bringing with it an earthquake that shakes the entire planet, terrifying tsunamis follow wiping out towns and cities. A third wave brings devastating diseases that destroy entire populations. As a fourth wave hits, allowing ‘the others’ to gain access to Earth, fewer and fewer humans are left to fight off the evil that is taking over the planet, but Cassie, along with fellow survivor Evan Walker (Alex Roe), take it upon themselves to do all they can to save the world before the fifth wave hits… 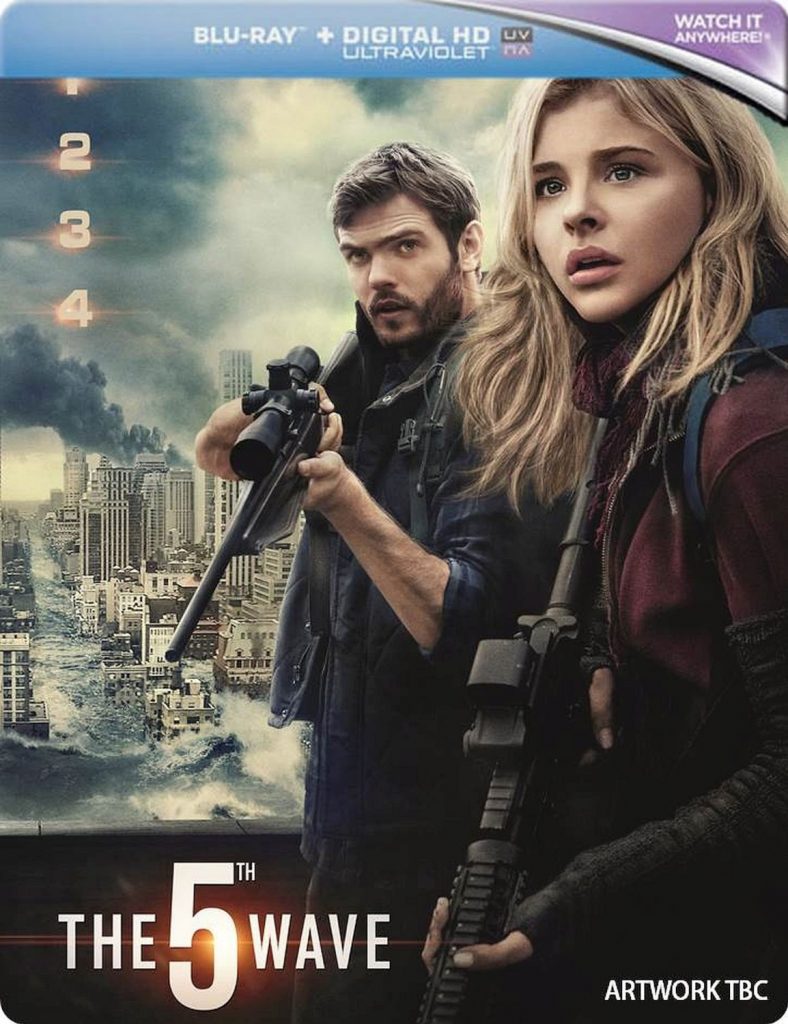