Part 2 of the action thriller series, Maze Runner: The Scorch Trials is getting a very nice looking UK steelbook release.

The release date is still TBC, but you can please your order right now from HMV UK, Xtra-vision and HMV Ireland.

Sci-fi action thriller sequel directed by Wes Ball and starring Dylan O’Brien, Kaya Scodelario and Thomas Brodie-Sangster. Thomas (O’Brien) and his fellow Runners return for the biggest challenge of their lives as they attempt to find their way through the mysterious Scorch, a barren landscape covered with seemingly endless obstacles and tests. As they work their way through the maze, they simultaneously try to uncover the forces behind the organisation known as WCKD. 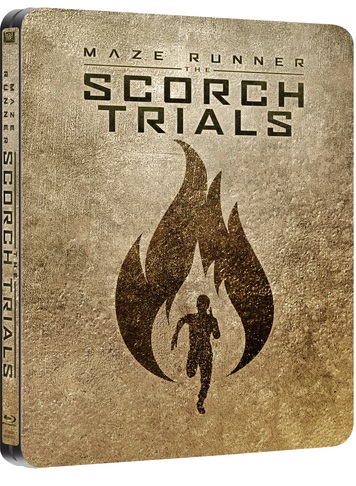