On November 8th, Zavvi and Funimation are bringing us this new 4-disc steelbook release of Darling in the FRANXX season 1.

In a battle against the klaxosaurs only the children, classified as parasites, are humanity’s hope in this dying world. Fighting in mechanised suits known as FRANXX, parasites are grouped up in male and female pairs to face the monstrous creatures. Hiro was once a prodigy FRANXX pilot. But when he gives up the fight, he meets Zero Two, the girl with the horns, and finds a new reason to keep going.

The Blu-ray comes with over 70 minutes of bonus features, including episode commentary, web previews and pre-broadcast specials. 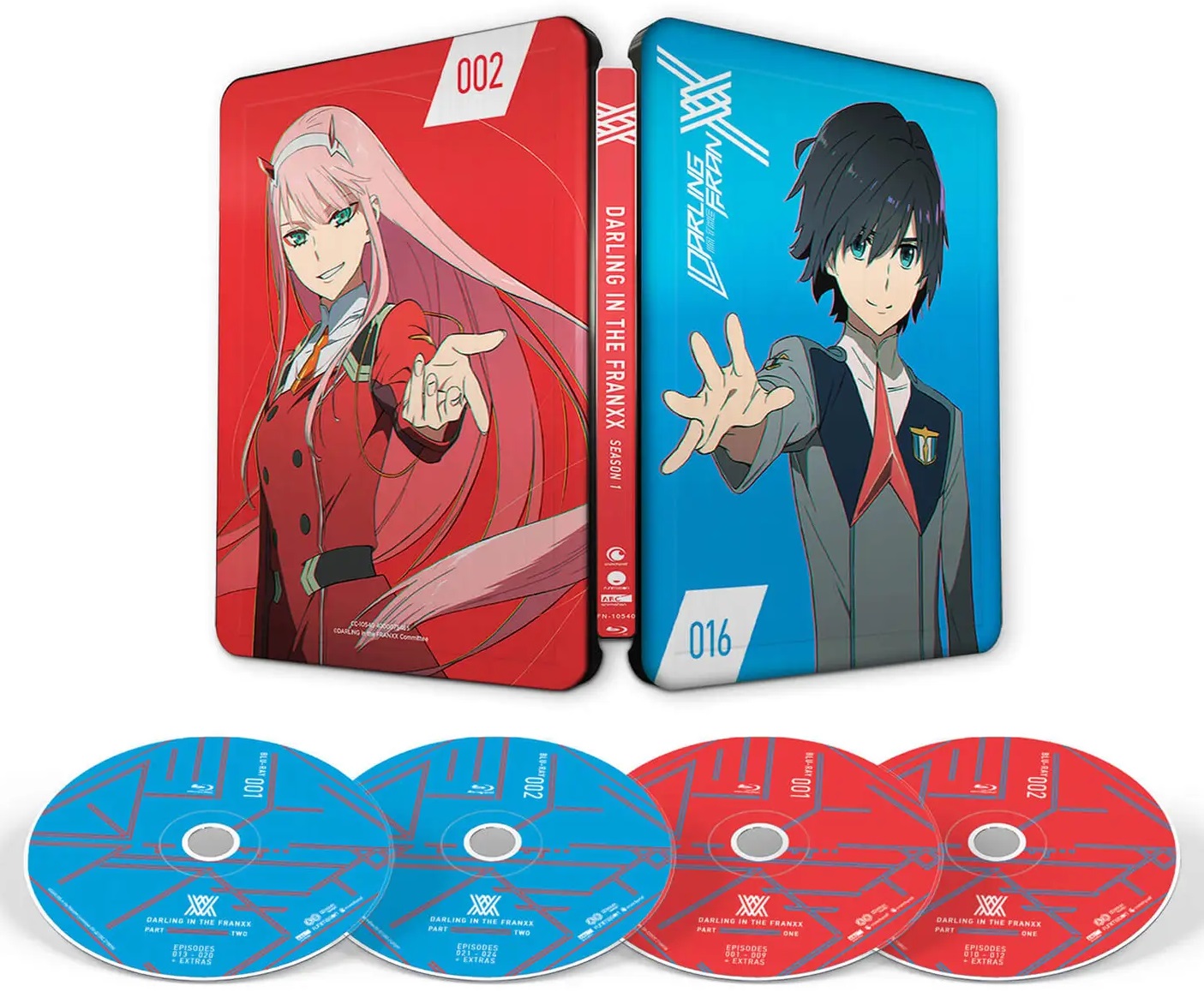