Tom Hardy has picked up a lot of praise for his stunning dual performances in the true life inspired Legend, based on the lives of the notorious Kray twins.

You can pre-order the UK steelbook edition right now. The artwork isn’t confirmed, but if it’s anything like the temp version here then we’re in for a treat. Hopefully the price will come down before release. Pre-order price guarantees mean you’ll pay the lower price, whatever it ends up being.

We’ll add more links as we get them. Thanks for Twitter follower Wacko Mercenary for the heads up!

From Academy Award® winner Brian Helgeland (L.A. Confidential, Mystic River) and Working Title (The Theory of Everything) comes the true story of the rise and fall of London’s most notorious gangsters, Reggie and Ronnie Kray, both portrayed by Tom Hardy in a powerhouse double performance.

Together, the Kray Twins take over the city. But as their reign expands, power-struggles, fierce madness, and a woman diminishes their bond; the weak link that could cause their empire to collapse.

Legend is a classic crime thriller taking us into the secret history of the 1960s and the extraordinary events that secured the infamy of the Kray twins. 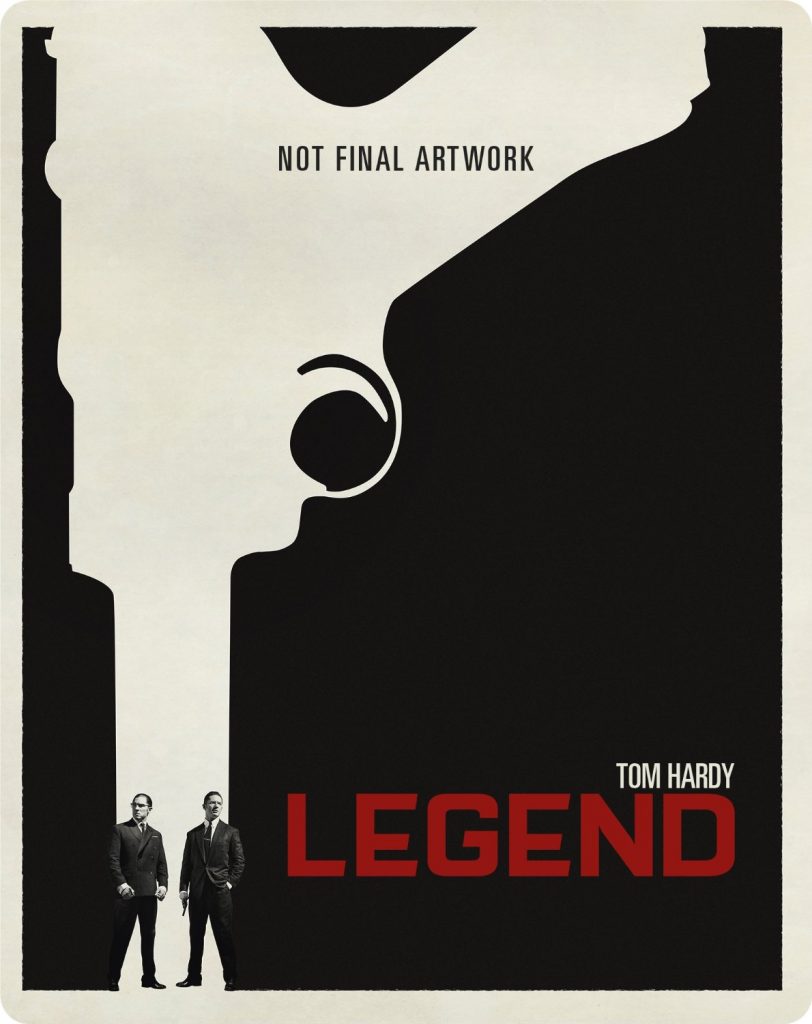 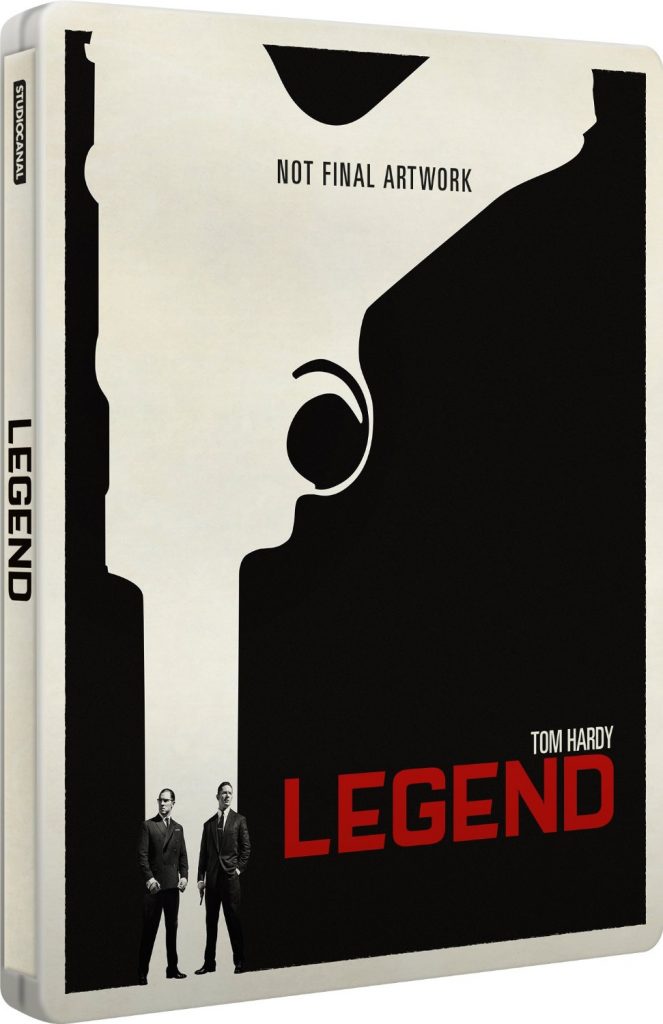 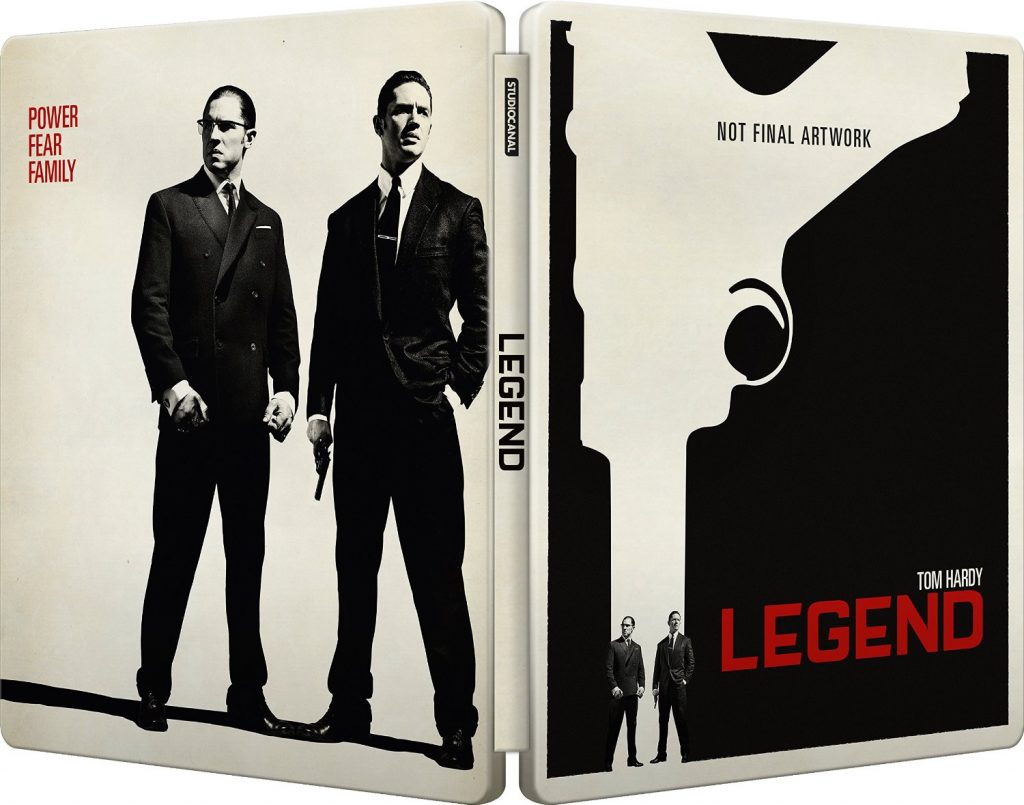