Game of Thrones prequel House of The Dragon has gotten off to a fantastic start, and on December 19th you’ll be able to pick up this very nice looking 4K steelbook release from Amazon UK.

Thanks to reader Michael for the heads-up!

Set 200 years before the events of Game of Thrones, the series finds the Targaryens ruling over the Seven Kingdoms – and on the brink of a civil war within their own house. Prior to the birth of a son, King Viserys sent shockwaves through the kingdom and declared his daughter, Rhaenyra, his heir. Once a healthy boy entered the picture, plans were afoot to make sure she would never sit on the Iron Throne. Now, with schemes hatched on both sides – and the kingdom in the balance – viewers will see the house that dragons built and learn how they tore it all down. 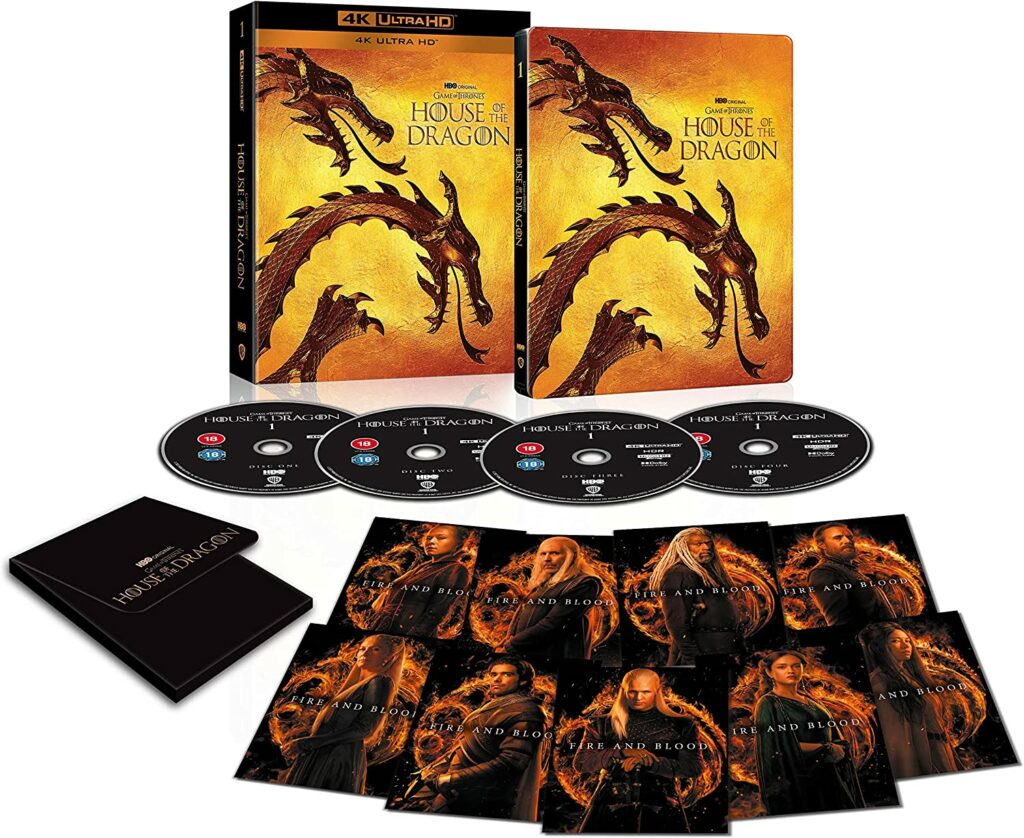