Season 4 of hit zombie drama “The Walking Dead” is getting an exclusive Steelbook release from Zavvi, with artwork by Jock

Pre-orders for season 4 will be live from 6pm UK time on Saturday August 27th, so ignore the ‘sold out’ button until then.

In the aftermath of the war with the Governor, we see Rick and the group of survivors fostering a thriving community in the safe haven of the prison. Sadly, in this brutal world, happiness is short-lived and walkers are no match for a greater dangers brewing inside the fences. The group’s home and new way of life will be thoroughly tested, and they will find themselves prepared to do whatever it takes to survive. Contains all 16 episodes from Season 4, plus over an hour of audio commentaries, deleted scenes and featurettes. 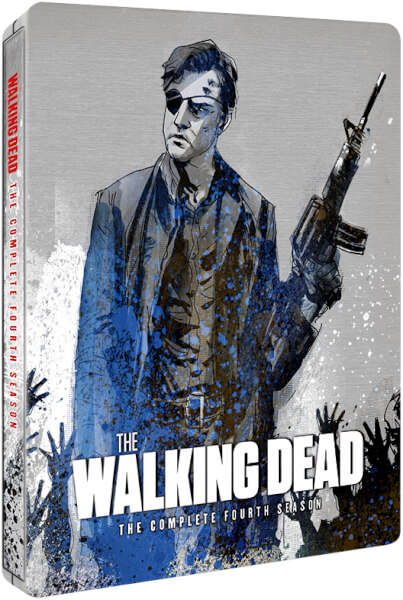