Season 5 of hit zombie drama “The Walking Dead” is getting an exclusive Steelbook release from Zavvi, with artwork by Jock

Pre-orders for season 5 will be live from 6pm UK time on Sunday August 28th, so ignore the ‘sold out’ button until then.

When police officer Rick Grimes (Andrew Lincoln) wakes from a coma to find the world in the grip of a zombie epidemic, he joins a small encampment on the outskirts of Atlanta, where a band of human survivors struggle to withstand the terrifying advances of the walking dead. In this season, the survivors face new threats from both the living and the dead in the form of walkers and the cannibalistic hunters from Terminus. Meanwhile, a section of the group travels to Washington D.C. in search of a cure for the decimating virus. 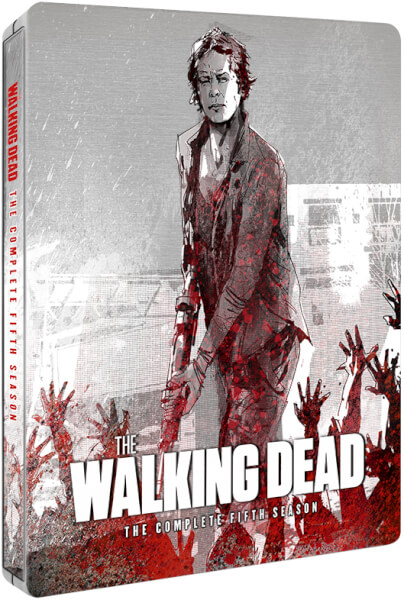