if you caught the cliff-hanger Season 6 finale, you’ll know that shit’s about to get real.

While you with till at least the middle of 2017 for Season 7, on November 14th, you’ll be able re-cap the story so far with this great looking steelbook release.

Thanks to reader Russell Abrahams for the heads up!

Following the shocking developments at the conclusion of season five, including Jon Snow’s bloody fate at the hands of Castle Black mutineers, Daenerys’ near-demise at the fighting pits of Meereen, and Cersei’s public humiliation in the streets of King’s Landing, survivors from all parts of Westeros and Essos regroup to press forward, inexorably, towards their uncertain individual fates. Familiar faces will forge new alliances to bolster their strategic chances at survival, while new characters will emerge to challenge the balance of power in the east, west, north and south. 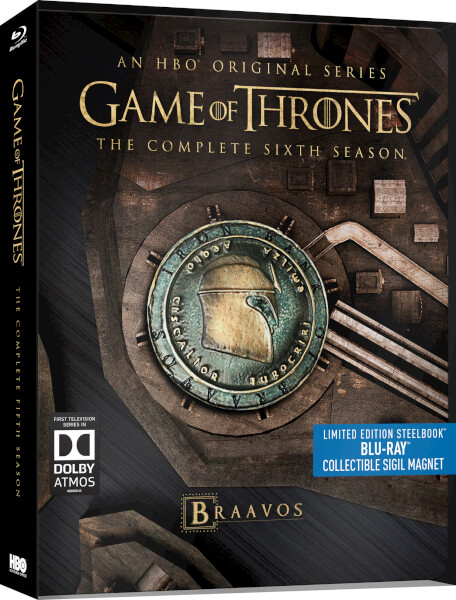