On November 14th, you can add Season 5 of Game Of Thrones to your collection, with another superb steelbook release.

Thanks to reader Russell Abrahams for the heads up!

The most-watched series in HBO history and a worldwide TV phenomenon, Game of Thrones remains a huge runaway hit for the network. This year, a plethora of compelling storylines will play out to their inevitable, often bloody conclusions. After the shocking deaths of S4, the season begins with a power vacuum that protagonists across Westeros and Essos look to fill. At Castle Black, Jon Snow struggles to balance the demands of the Night’s Watch with those of newly-arrived Stannis Baratheon, who styles himself as the rightful king of Westeros. Meanwhile, Cersei scrabbles to hold on to power in Kings Landing amidst the Tyrells and the rise of a religious group led by the enigmatic High Sparrow, while Jaimie embarks on a secret mission. Across the Narrow Sea, Arya seeks an old friend while a fugitive Tyrion finds a new cause. And as danger mounts in Meereen, Daenerys Targaryen finds that her tenuous hold on the city requires some hard sacrifices. 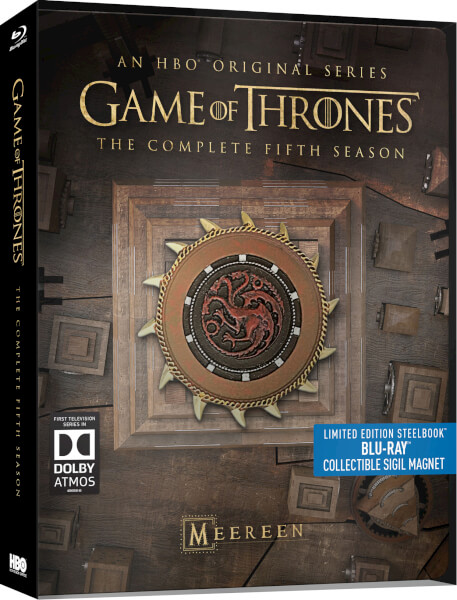