On November 23rd you’ll be able to pickup a new 4K steelbook release of the Korean hit Parasite.

Details are light at the moment, but it looks like you’ll get the regular version of the movie on 4K disc, with the black and white version on Blu-ray. We’ll update as we get more info.

The Kim family are close. All four live in a tiny basement flat and all four are unemployed. But when the son, Ki-woo, is recommended by his friend to take a well-paid tutoring job, hopes of a regular income blossom on the horizon. There’s only one small issue — he’s not a qualified teacher and has to fake it. Carrying the expectations of all his family, Ki-woo heads to the extravagant Park family home for an interview and after securing the job discovers they also need an art tutor for their son, something he thinks his sister could pretend to do… if they don’t know she’s his sister. Soon the whole family has infiltrated the Park home but as their deception unravels events begin to get increasingly out of hand in ways you simply cannot imagine. 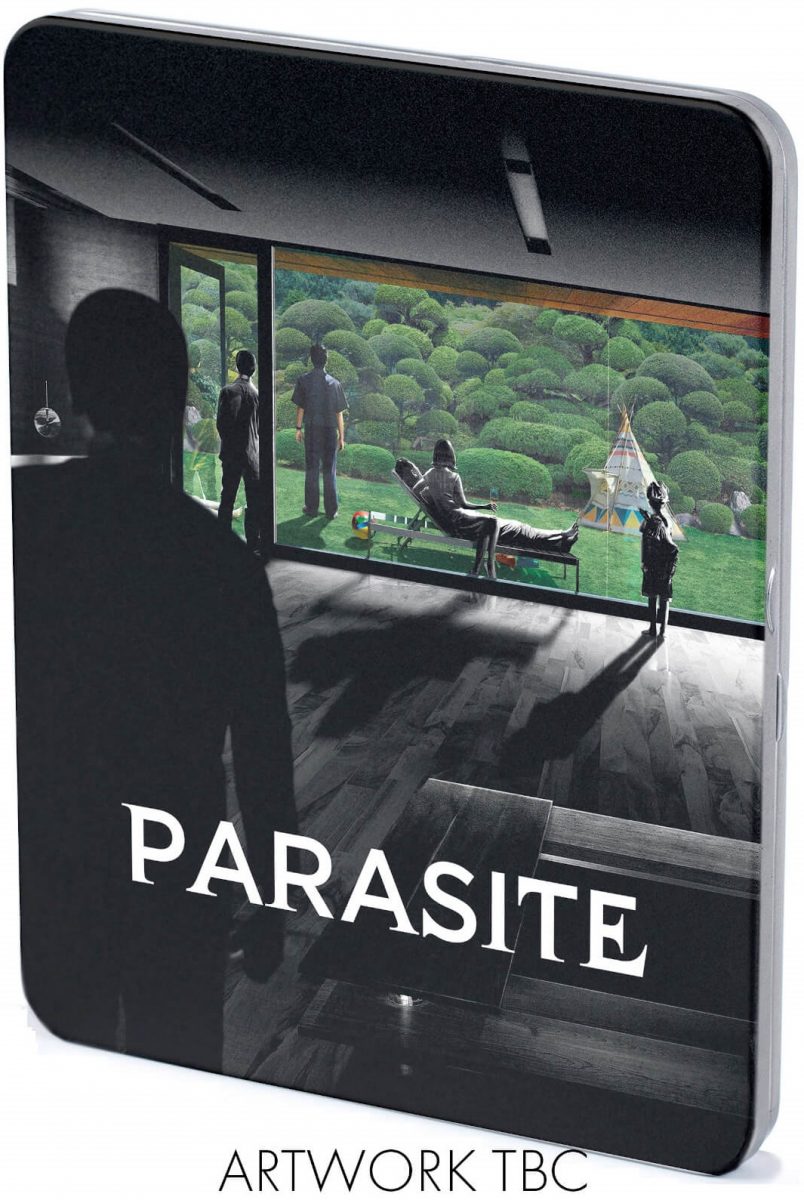