After already being announced in the US, the Indiana Jones are now confirmed to be getting a UK 4K release, including this Zavvi exclusive steelbook set.

The 9-disc set will include the three films in the Indiana Jones trilogy (Raiders of The Lost Ark, Temple of Doom, and The Last Crusade), on 4K and Blu-ray disc, all newly remastered and with Atmos audio. Also included in 4K is the curious, fan-fiction film Kingdom of The Crystal Skull, which will be a delight, we’re sure. The 5th disc will collect together seven hours of previously released bonus content.

Pre-orders are live right now for the steelbook set, as well as the regular, trade-wide 4K release, and we’ll add more links for that one as we get them.

The INDIANA JONES 4-MOVIE COLLECTION STEELBOOK includes nine discs. Each film is presented on 4K Ultra HD Blu-ray Disc with original theatrical trailers and on standard Blu-ray. The set includes an additional Blu-ray with seven hours of previously released bonus content
Now, for the first time ever, all four films are available together in 4K Ultra HD with Dolby Vision and HDR-10 for ultra-vivid picture quality and state-of-the-art Dolby Atmos audio. Each film has been meticulously remastered from 4K scans of the original negatives with extensive visual effects work done to ensure the most pristine and highest quality image. All picture work was approved by director Steven Spielberg.

In addition, all four films were remixed at Skywalker Sound under the supervision of legendary sound designer Ben Burtt to create the Dolby Atmos soundtracks. All original sound elements were used to achieve the fully immersive Dolby Atmos mixes while staying true to each film’s original creative intent 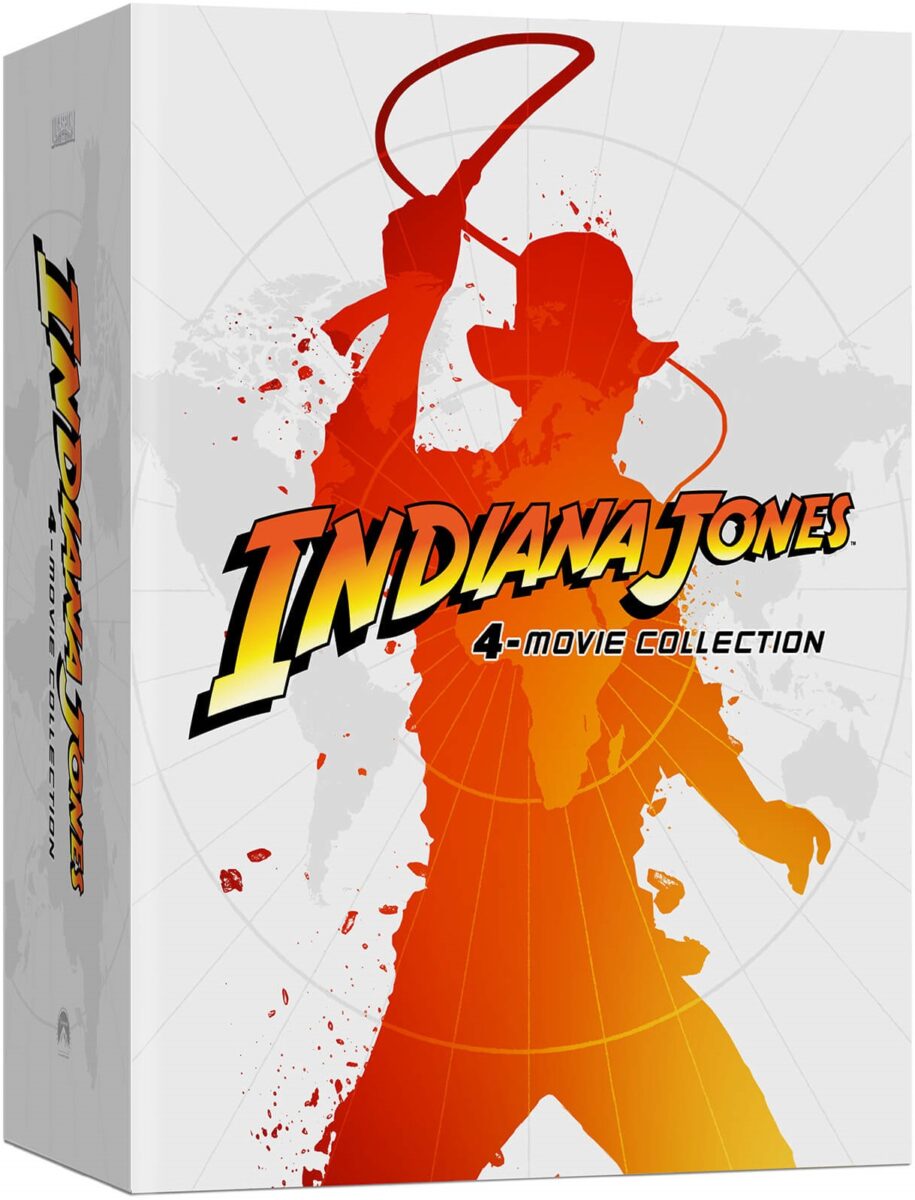 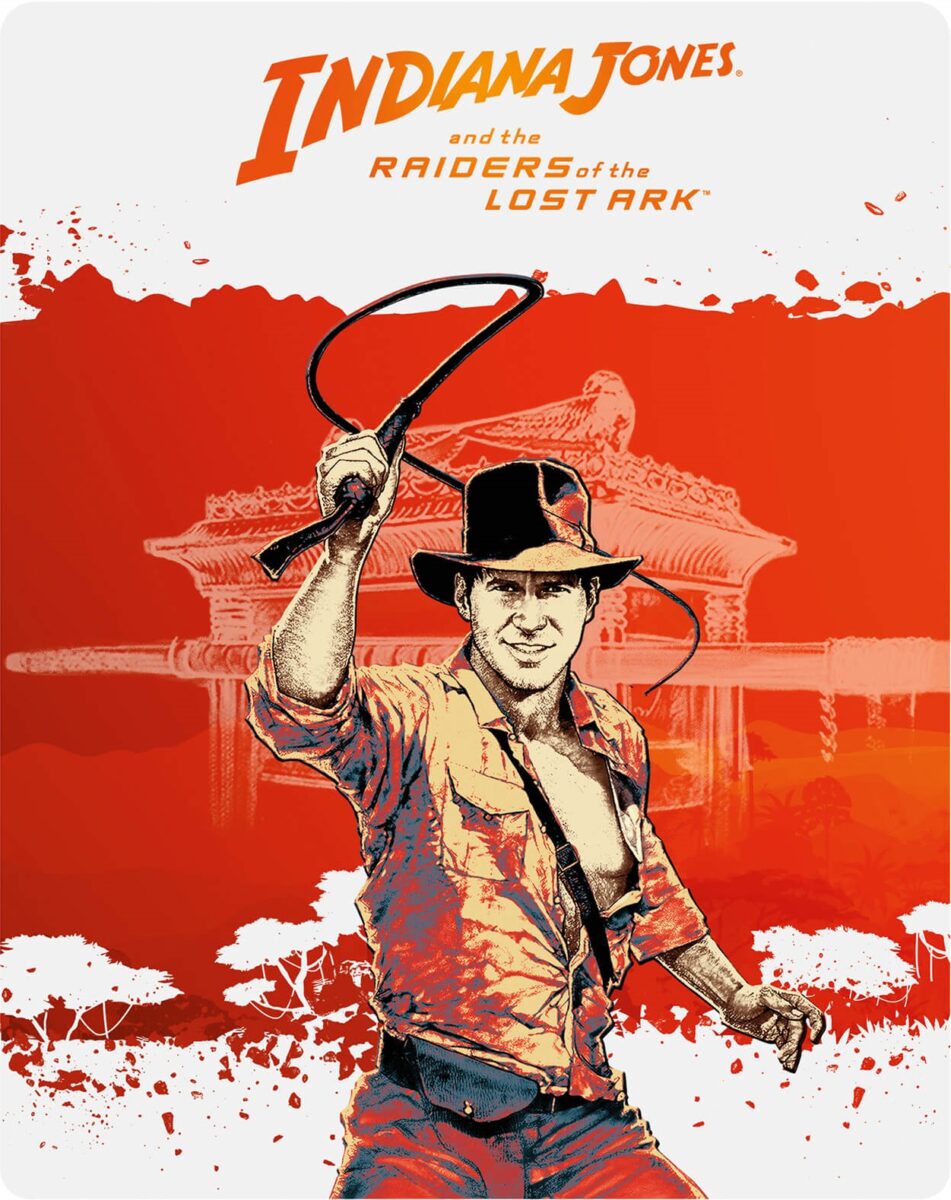 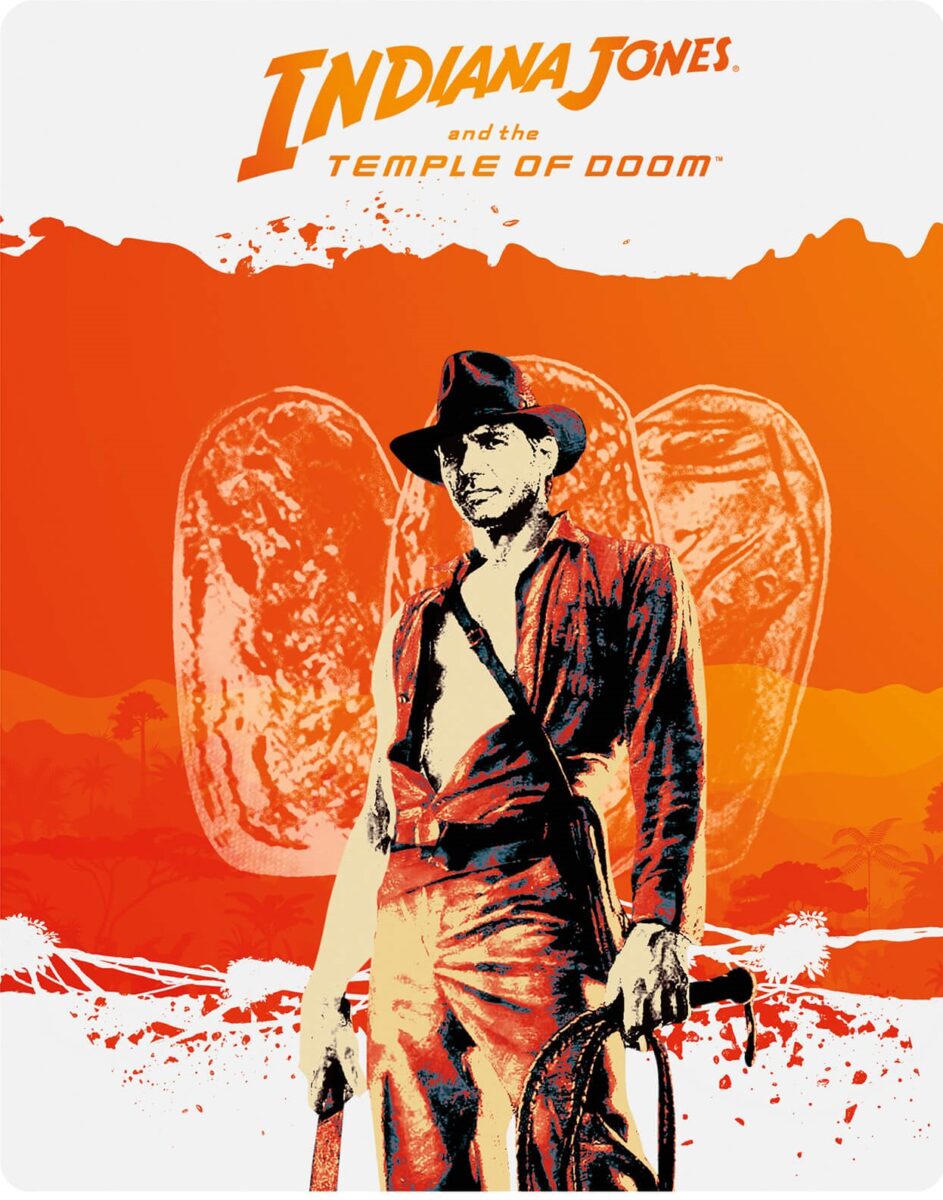 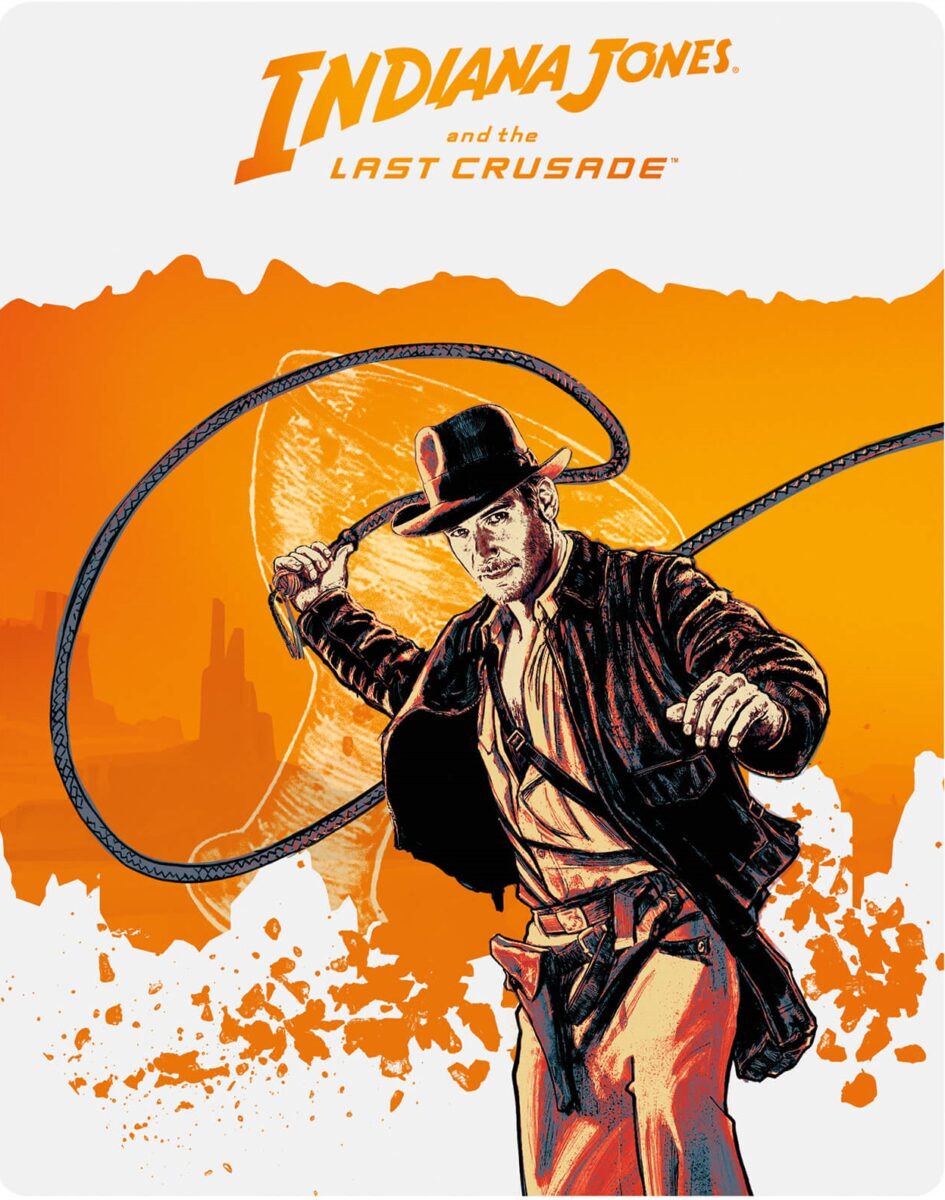 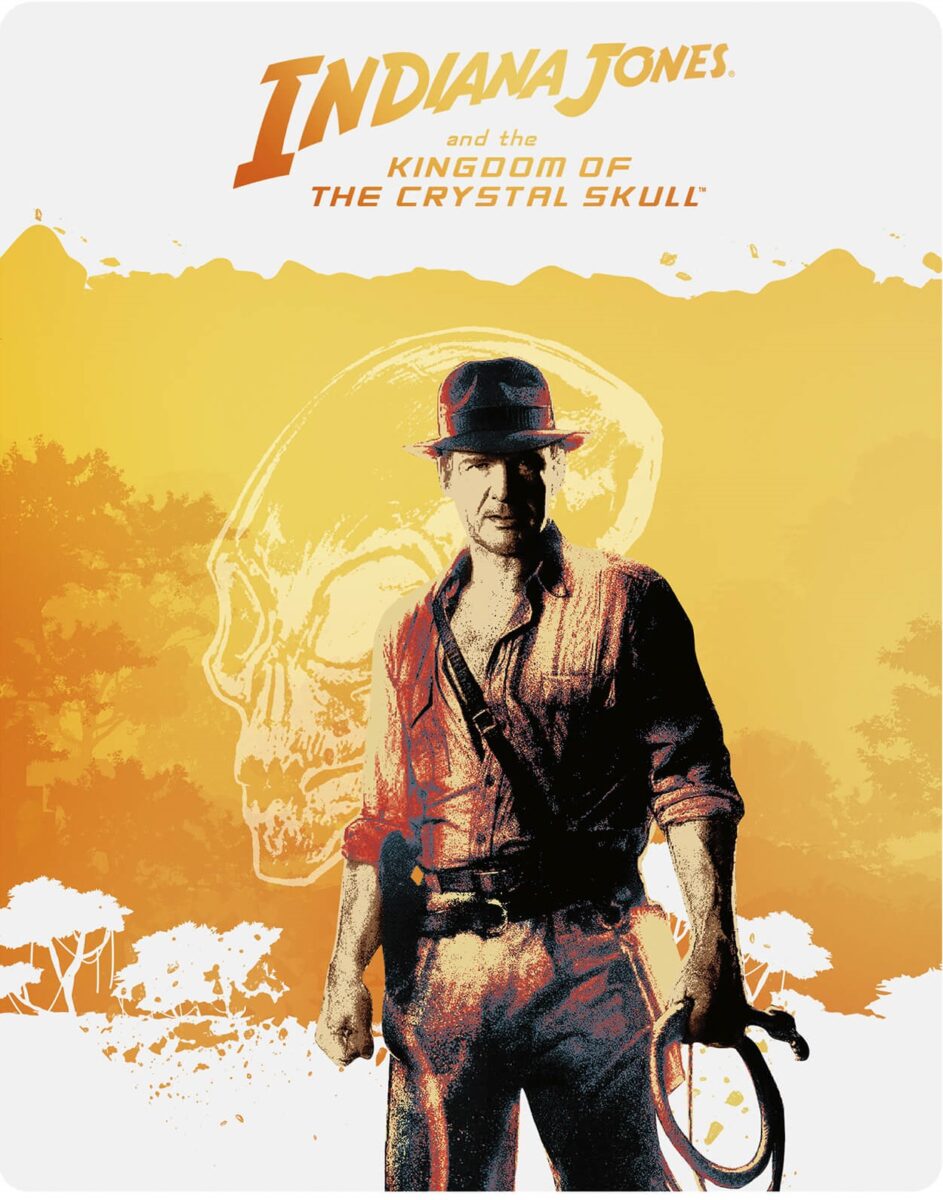 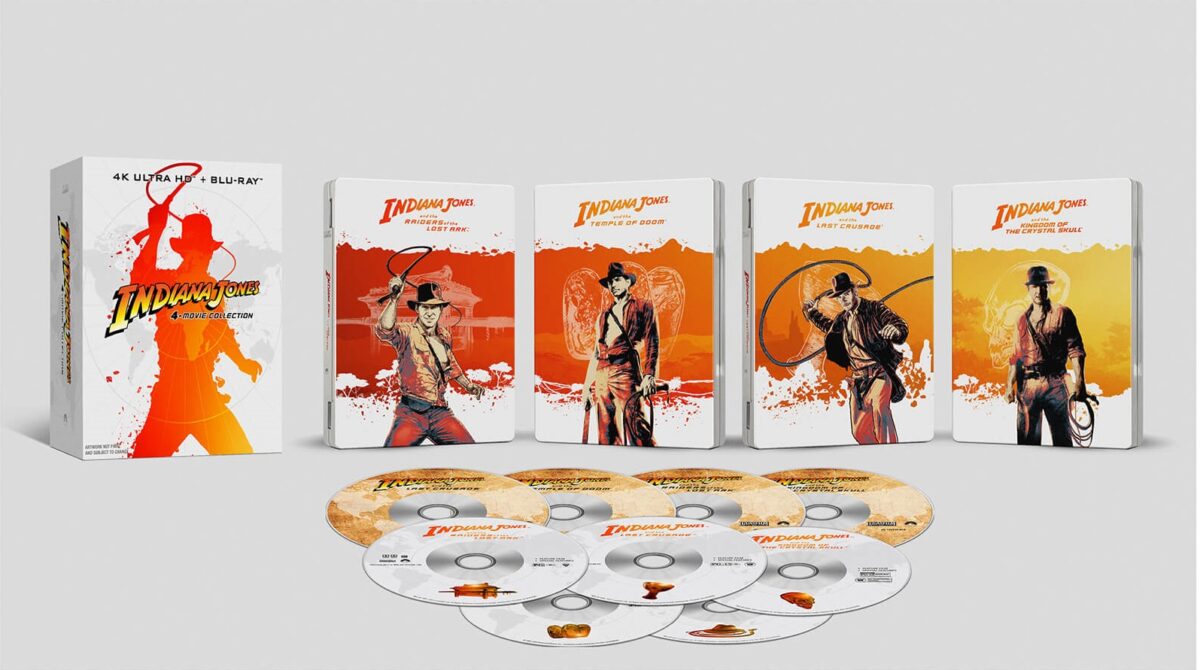