A new, long-awaited Hellboy movie is finally with us, though without original director Guillermo Del Toro and star Ron Perlman.

This time round, genre veteran Neil Marshall has teamed up with David Harbour, star of Stranger Things, to bring us an all-new story.

Zavvi are bringing us this stunning 4K UK exclusive steelbook, which will include the movie on 4K and Blu-ray discs.

Artwork is by creator Mike Mignola, and you’ll also get a Zavvi exclusive slipcase and 4 art cards.

Hellboy is back, and he’s on fire. From the pages of Mike Mignola’s seminal work, this action-packed story sees the legendary half-demon superhero (David Harbour, “Stranger Things”) called to the English countryside to battle a trio of rampaging giants. There he discovers The Blood Queen, Nimue (Milla Jovovich, Resident Evil series), a resurrected ancient sorceress thirsting to avenge a past betrayal. Suddenly caught in a clash between the supernatural and the human, Hellboy is now hell-bent on stopping Nimue without triggering the end of the world. 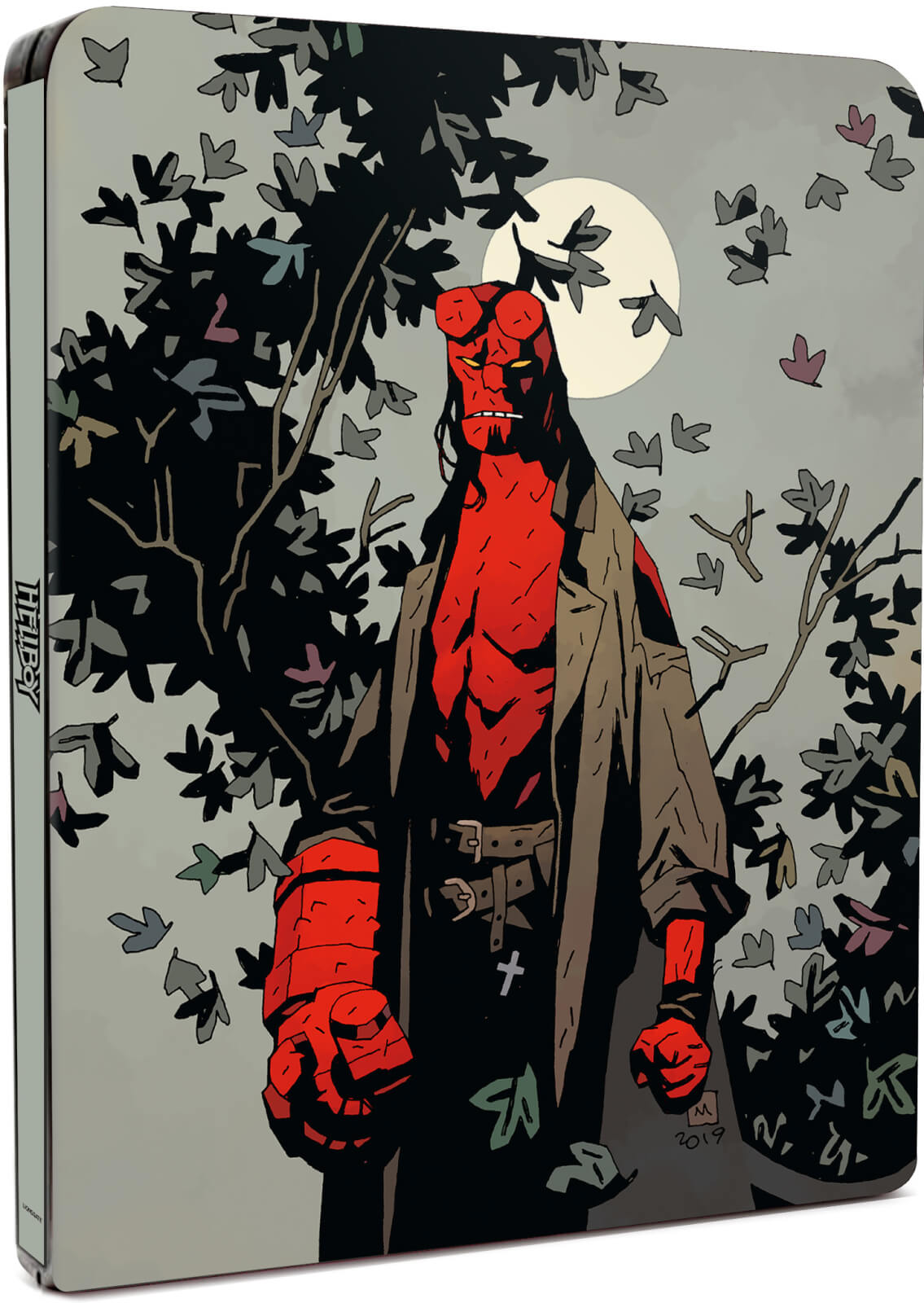 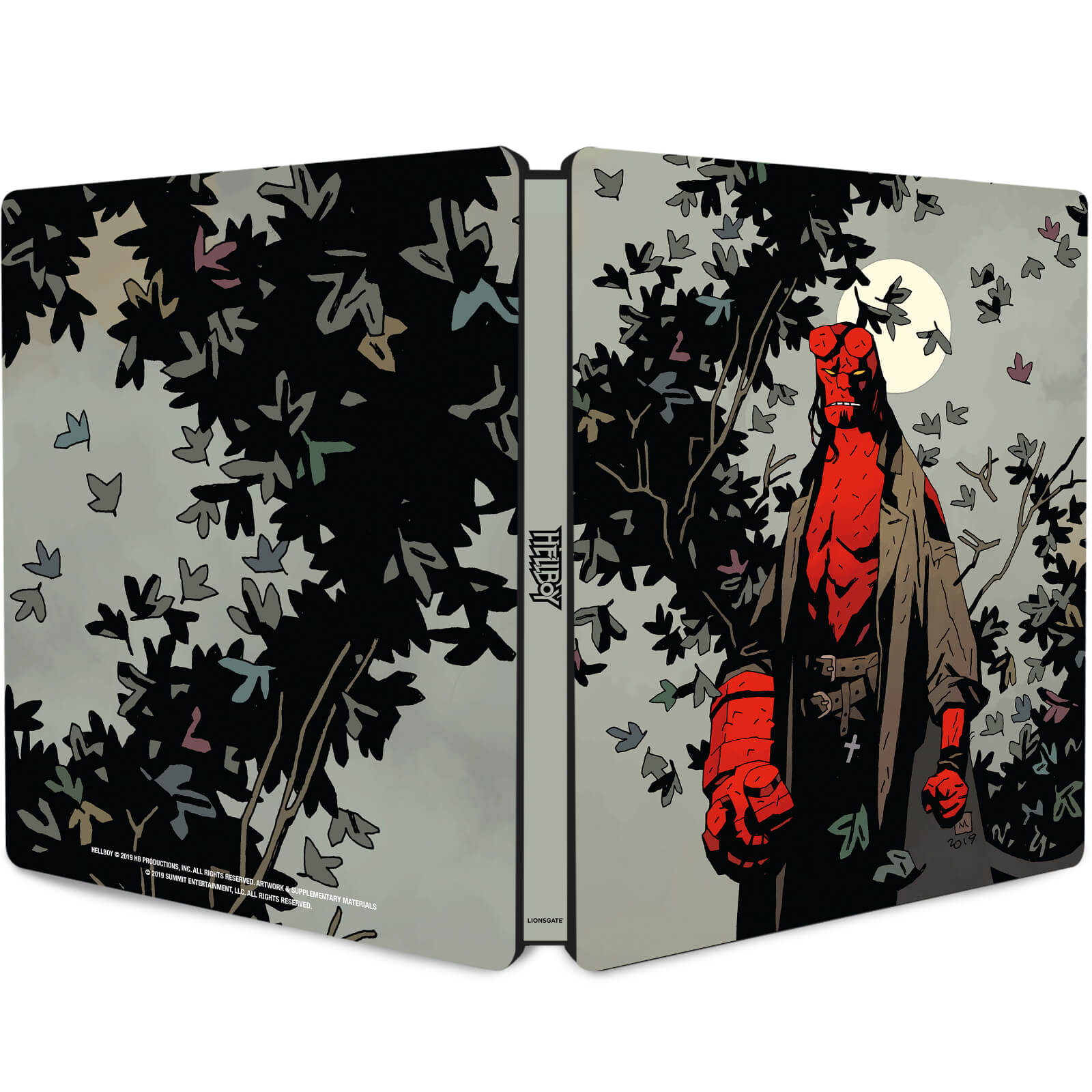 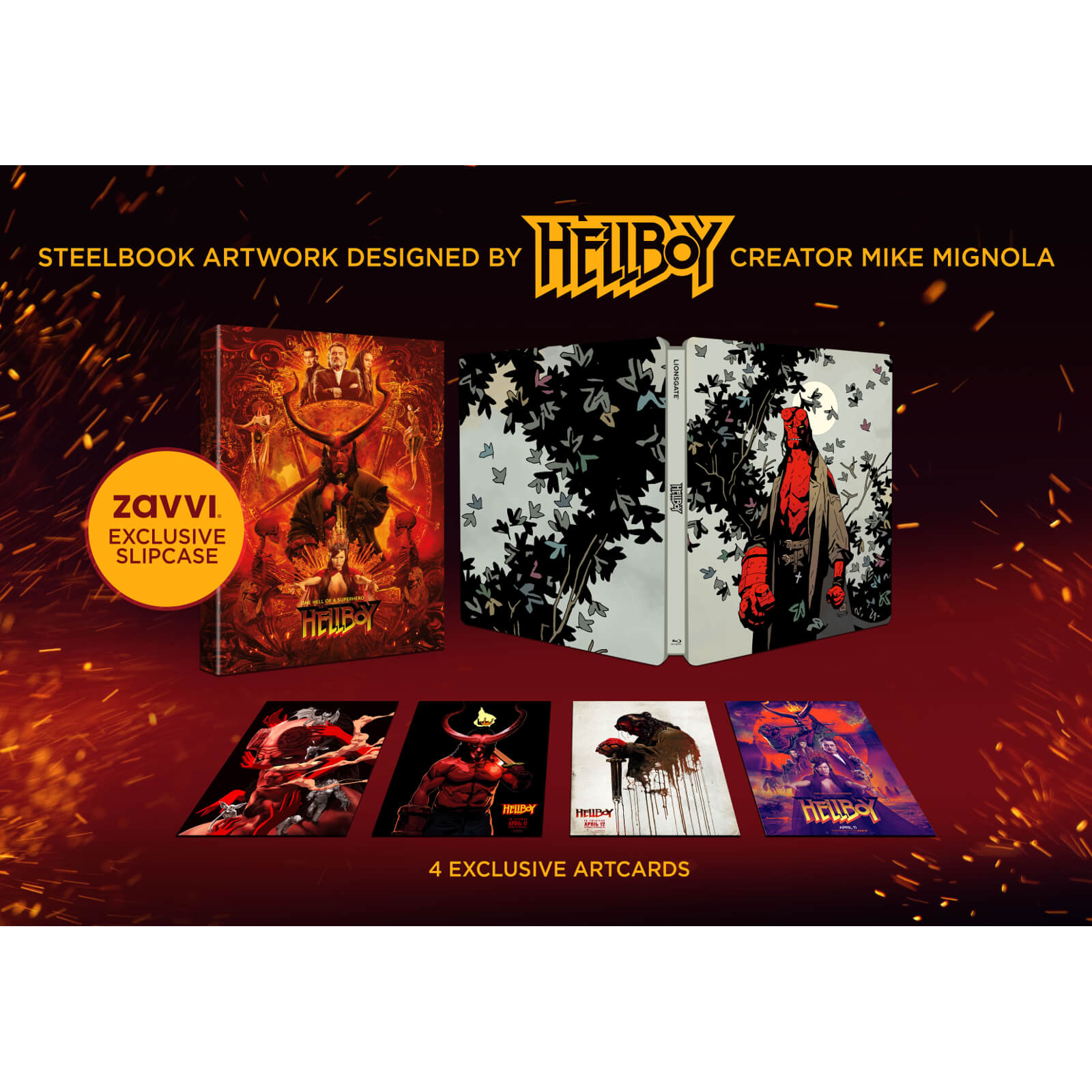