Tobe Hooper’s seminal horror classic has seen several releases over the years, and the latest German edition sees the film getting the 4K steelbook treatment on November 15th.

This is a 3 disc release – the movie on 4K and Blu-ray, which both include audio commentary tracks, with an additional Blu-ray disc of extras, filled with several hours’ worth of documentaries and interviews.

The Texas Chain Saw Massacre not only changed the face of horror in 1974 but still remains one of the most shocking, powerful and terrifying films ever made. Widely banned on its release it’s notoriety has not diminished and this harrowing tale of a depraved Texan clan and its’ chain saw wielding icon of horror Leatherface continues to stun and disturb audiences like no other film. 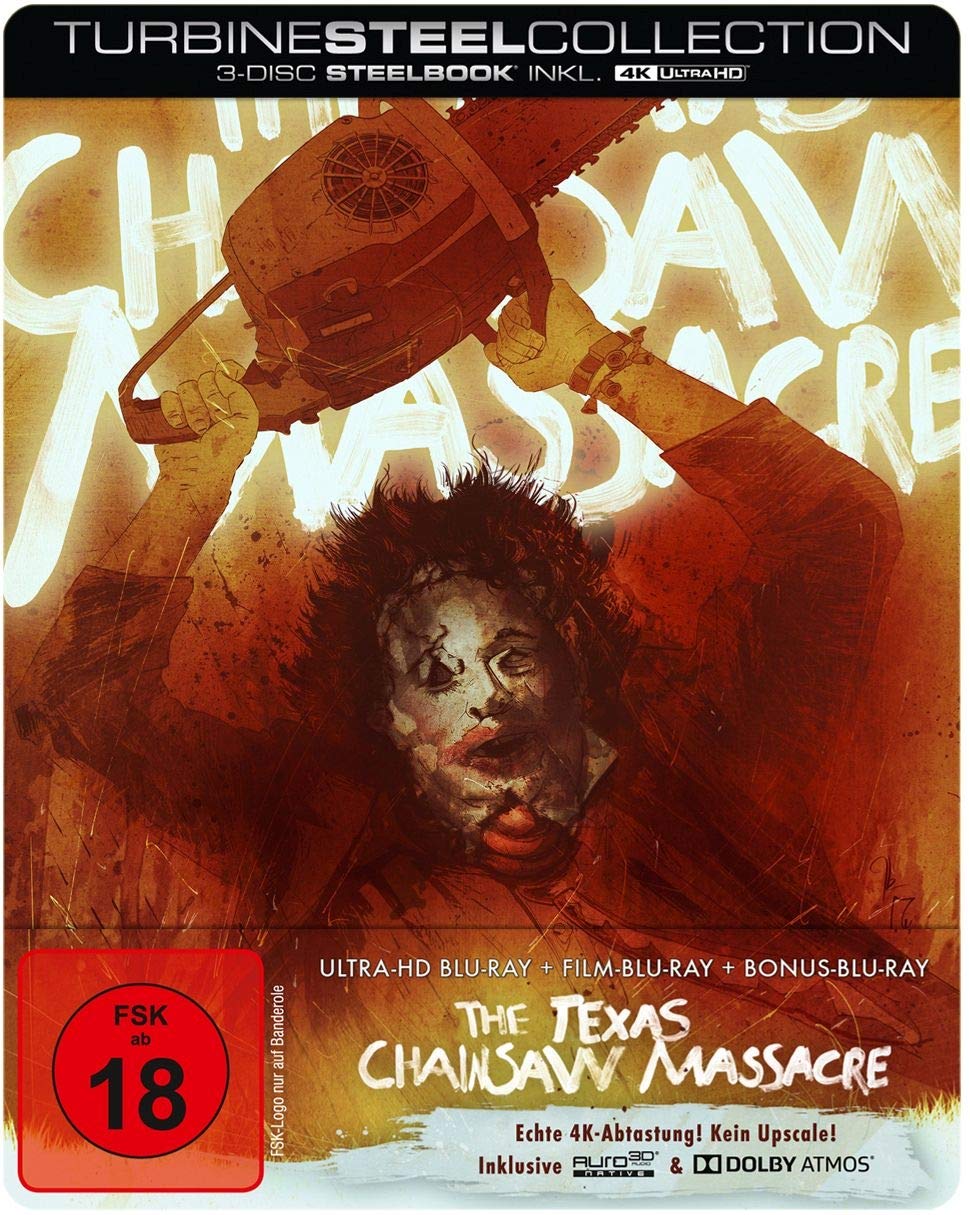 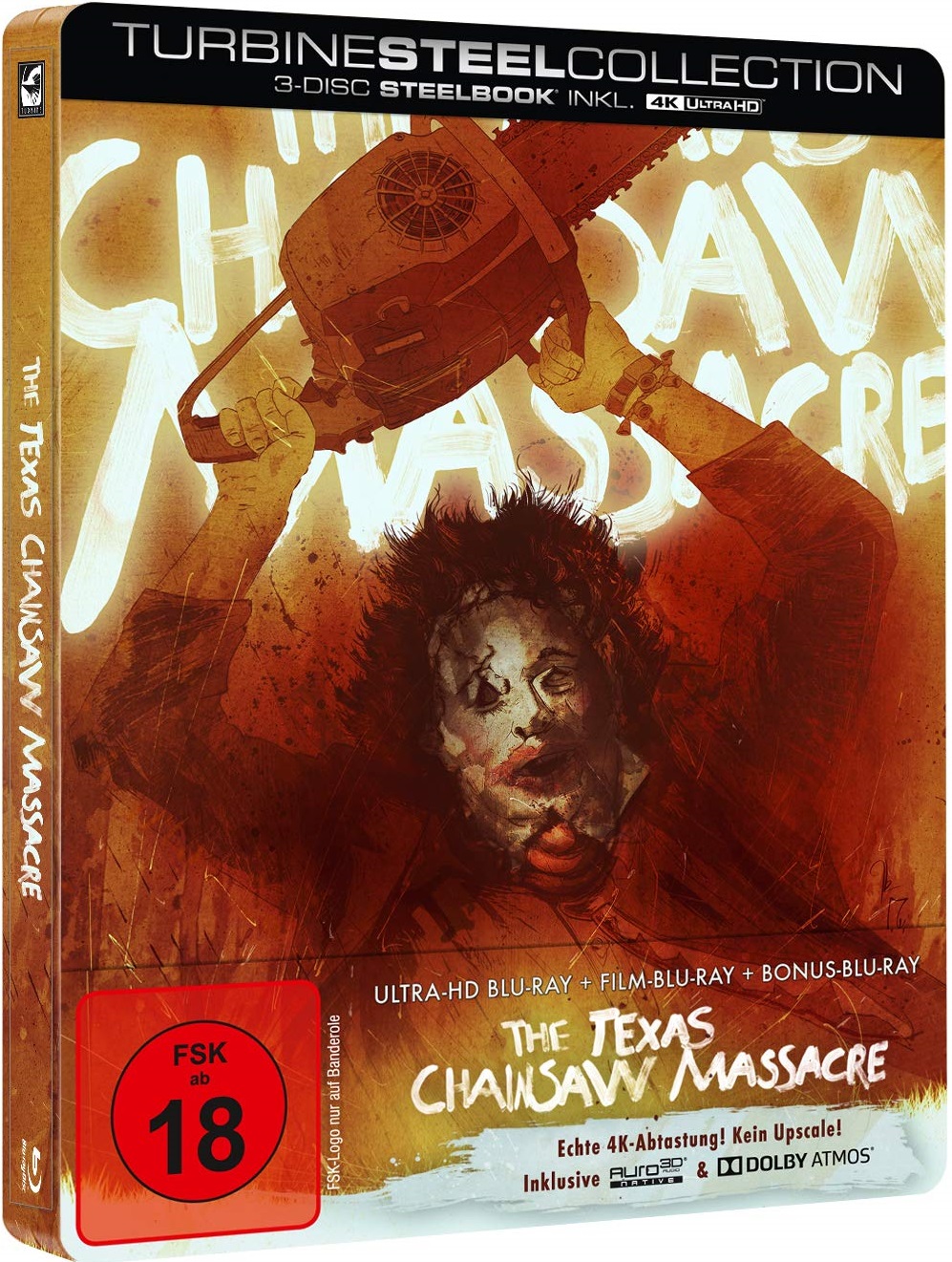