The BBC’s Sherlock series is coming to UK steelbook with a very nice looking collection on December 14th, with pre-orders for Season 2 live now.

All three episodes from the second series of the BBC’s fast-paced modernised crime drama based on the characters created by Arthur Conan Doyle. Laptops, mobile phones and the internet are the new tools for crime in a modern London under threat from serial killers, bombings and gang warfare. Sherlock Holmes (Benedict Cumberbatch), the most brilliant intellect of his generation, has a unique analytical brain unlike anyone else’s, and staves off the ever-present threat of boredom by solving crimes, the more intricate and baffling the better. Meanwhile, his friend and flatmate, John Watson (Martin Freeman), is an army doctor invalided home from the battlefields of Afghanistan. The episodes are: ‘A Scandal in Belgravia’, ‘The Hounds of Baskerville’ and ‘The Reichenbach Fall’. 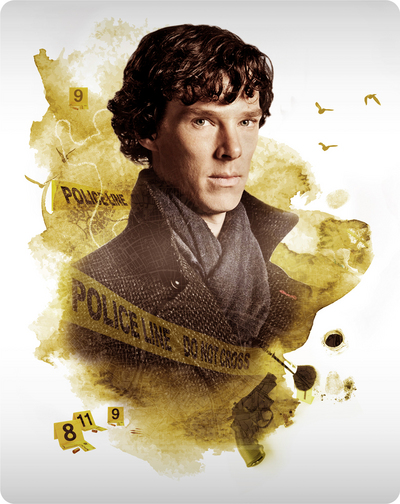