Sci-fi TV series Farscape is getting this epic box set on October 12th, coming as a Zavvi UK exclusive, as either Blu-ray or DVD, and limited to just 1000 copies of each.

Pre-orders will be live at 6pm UK time on Tuesday 18th August, so ignore the ‘sold out’ button until then.

This limited edition book comes with collectable packaging. Included are 32 discs, all 88 episodes from the four seasons of Farscape, plus over 15 hours of bonus features, including the rarely seen special Farscape Undressed as well as episode commentaries, behind-the-scenes interviews, deleted scenes and much, much more. 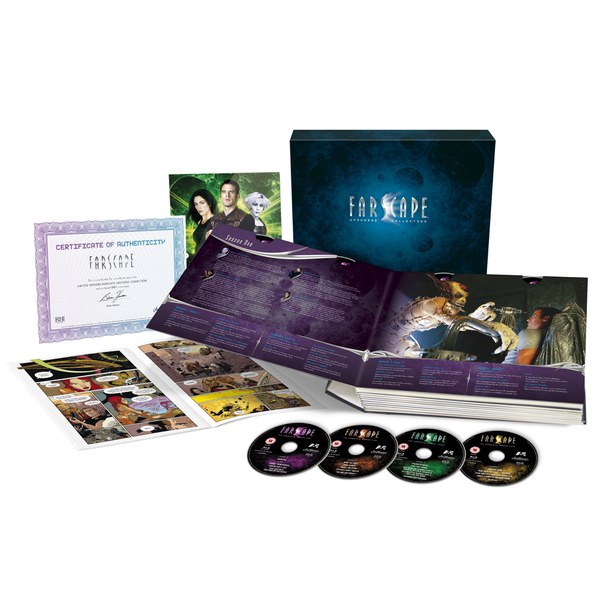