MUSE are celebrating the 15th Anniversary of one of their defining albums, Black Holes and Revelations

It’s early 2005ish and this Culture Trumpeter had recently discovered ‘proper’ music. Busted had recently split up sending shock waves through anyone under the age of 18 and the Green Day album, American Idiot, was starting to wear out the CD player. Not really but I’m trying to make a point…

Let’s move to Christmas 2005, a CD sized gift sits in front of me. My Grandad says “I asked the man in ASDA ‘what are kids listening to?’ This…” I unwrap the gift and there it was, the start of a battle of love and hate but also what shaped me as a music lover and as a musician…

Also, was it really the last GREAT album by MUSE? Let’s dig!

Right, some context. I was a pre-teen in 2005. I had recently discovered rock music and was given a sonic masterpiece for the first time. The gnarly rock tones of the band resonated with my newfound love for six-string noise machines. 2005 was also the year that I picked up a guitar for the first time, more on that later.

From the first track, Take a Bow, I knew that this was not like the music that I had just started listening to. It was more than guitar/bass/drums, it was deeper. They were anthemic rock ballads that spanned the entire frequency spectrum of the speakers. This album introduced me to my new favourite band. MUSE remain in that top three slot to this day but it’s not been all Black Holes and Revelations.

Not content with merely mixing classical piano, skin blistering guitars and operatic structures, we now get shimmering synths and what can only be described as prog techno.

Falling head over heels in love with this new (to me anyway) band, I was pumped to learn that MUSE would continue to release new music, except what followed the honeymoon period was The Resistance. Another attempt to bottle the political styles and newfound style of synth-rock of Black Holes. This album was a huge departure from their roots and unfortunately started to shape the sound of the band moving forward. 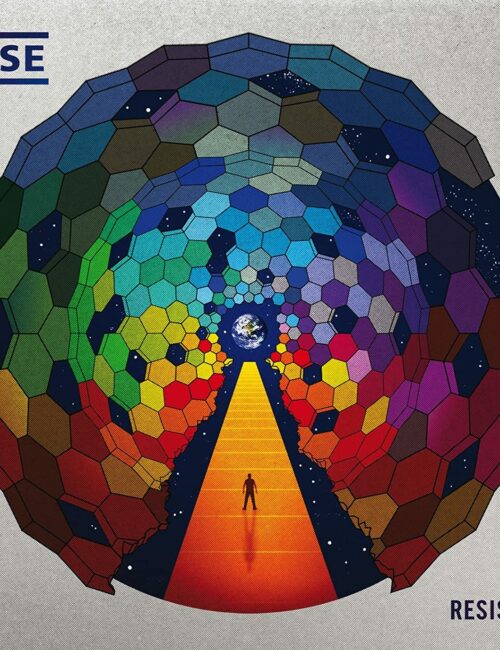 It would have been around this time where I was really starting to take inspiration from others as a guitarist. I had been having lessons for a number of years and was looking up to those who I listened to. Top of that list, Mr Matt Bellamy. I lusted over his custom Manson guitars and envied any of those who shelled out ~£4000 for one of the Exeter made axes. Alas, younger me was never going to afford that!

Then comes The 2nd Law which also gave me the first chance to see them live. The album was OK, given what had come before but not a patch on BHAR. Once again, a rather electronic record and less of what made them an appeal back in 2005. By this point, I was trying to sound like the band whilst learning their songs.Trying to chase his tone. Again, this was an impossible task for a student. 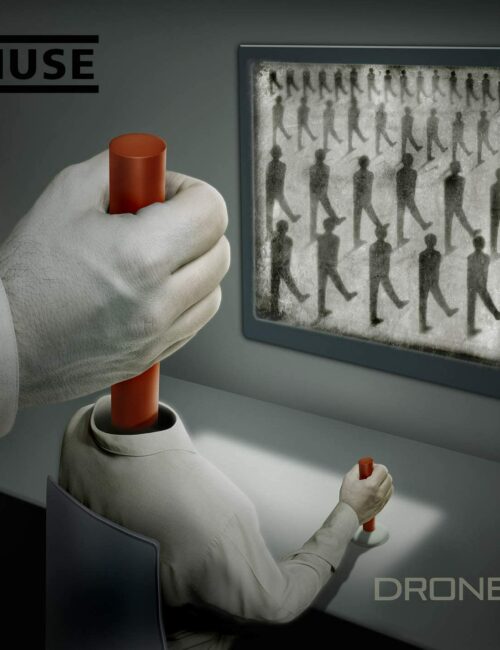 Matt had stated that LP7 “Should be something that really does strip away the additional things that we’ve experimented with on the last two albums… I kind of feel like it will be nice to reconnect and remind ourselves of just the basics of who we are.” So that’s riffs, distortion and riffs, isn’t it? Yes, but with the added concept of killer machines and World War III. This is arguably their best record since Black Holes and Revelations but it still missed something. I can’t tell you what that is but after two disappointing records Drones was a relief. Back to the bands’ roots and finally some KILLER riffs to be learnt. This is where I would like to introduce to you a dear friend of mine, Marty.

Marty is my Manson MA2 Evo. It’s not an MB Custom as they are still £4k+ in 2015 and hardly ever built, but to me, it’s as good as. It’s MY Manson and boy does it like playing MUSE. It’s around now where I start to leave my grudge with The Resistance and The 2nd Law be. Their live shows continued to have a great mix of their pre BHAR days and the crowd-pleaser records for the casual fan of the following records but if I was introducing someone to MUSE for the first time, I’d go back to the beginning. Drop them a copy of Showbiz so they can feel the excitement of things to come and then realise that there was a ~6 year gap of annoyance and disappointment for fans. The point of this post was a bit of a cathartic exercise for me to relive the enjoyment of getting into my favourite band. It was not a smooth journey, nothing ever is but no matter what they release next, I will always have that Christmas of 2005.

MUSE have continued to evolve their sound and live shows to appeal to a global audience. From their humble beginnings in Teignmouth, Devon, they have become a household name for music fans worldwide. LP9 is confirmed to be on the way and was “sounding fat”, according to Dom Howard.

Will MUSE release another masterpiece that is on par with Black Holes and Revelations? Time will tell. I can certainly tell you that Simulation Theory was nowhere near close. I don’t want to talk about that… ever. Thanks for reading!