Zavvi are adding to their growing range of exclusive Mondo steelbooks with this beauty, with art by Ken Taylor, due for release on April 4th.

In this animated Disney version of Lewis Carroll’s stories, young Alice (voiced by Kathryn Beaumont) is transported to the bizarre Wonderland after following the March Hare (Jerry Colonna) down a rabbit hole. There she encounters the grinning Cheshire Cat (Sterling Holloway), joins the Mad Hatter’s (Ed Wynn) tea party, and falls foul of the ill-tempered Queen of Hearts (Verna Felton) during a game of croquet. 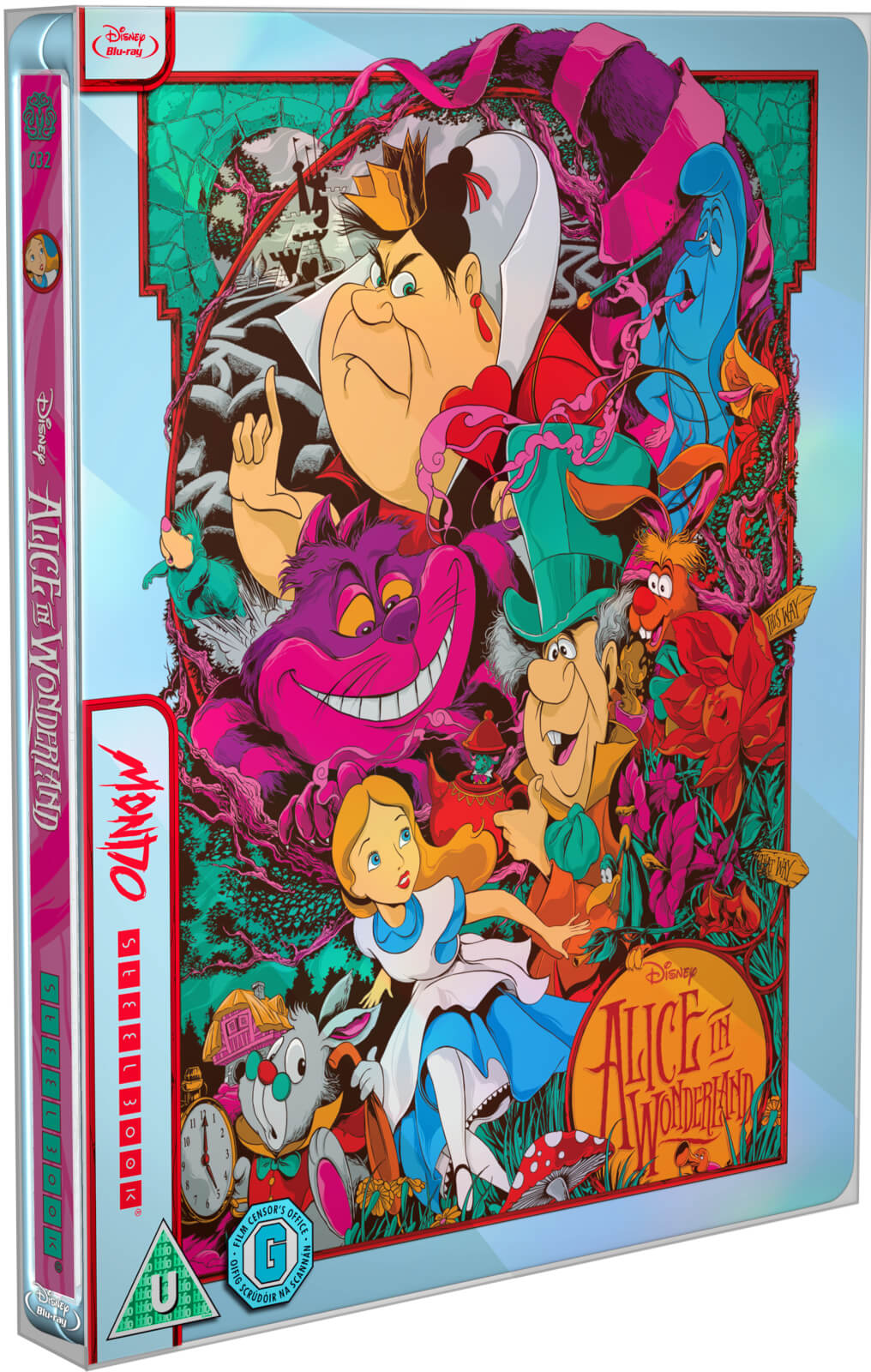 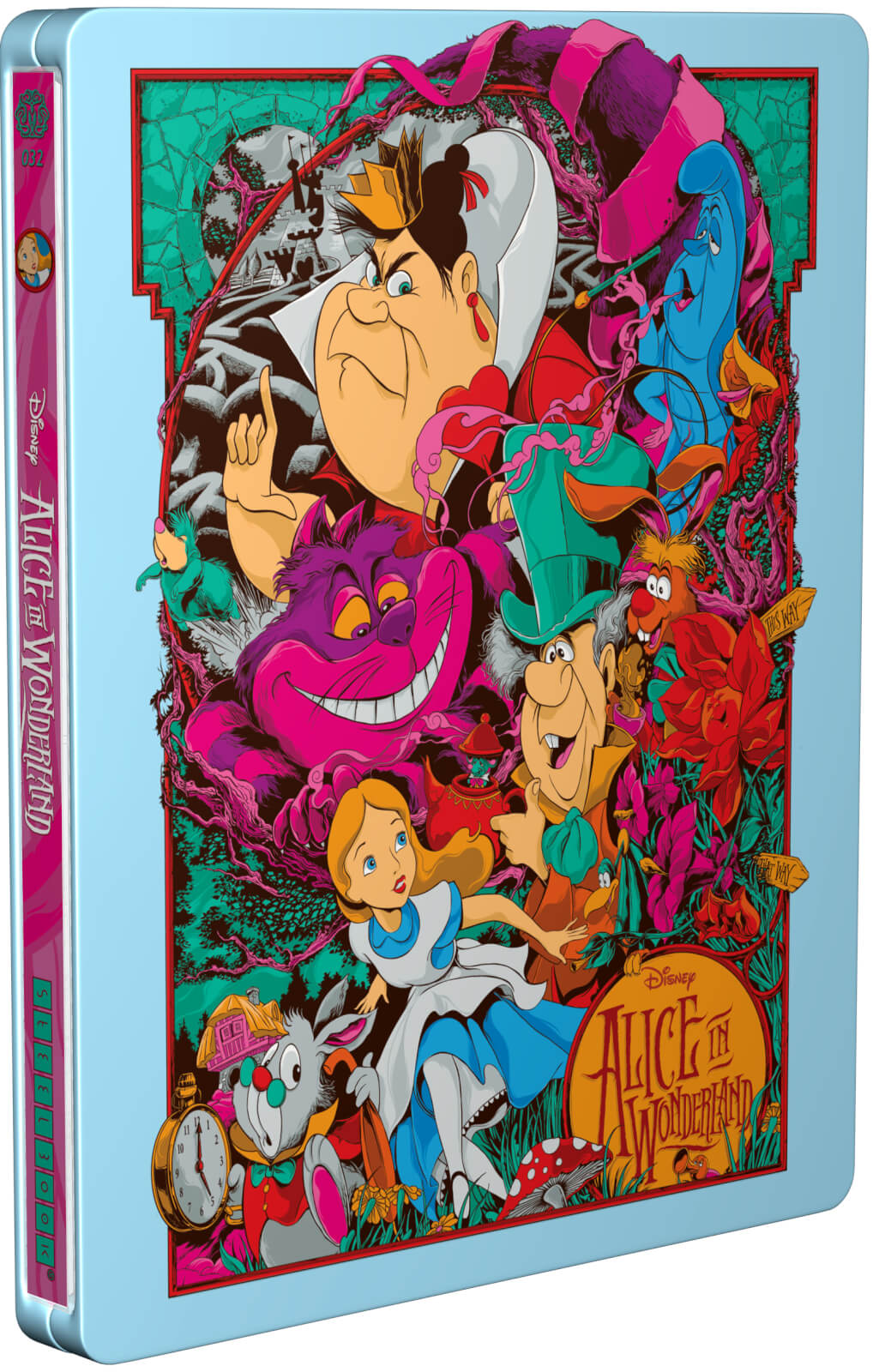 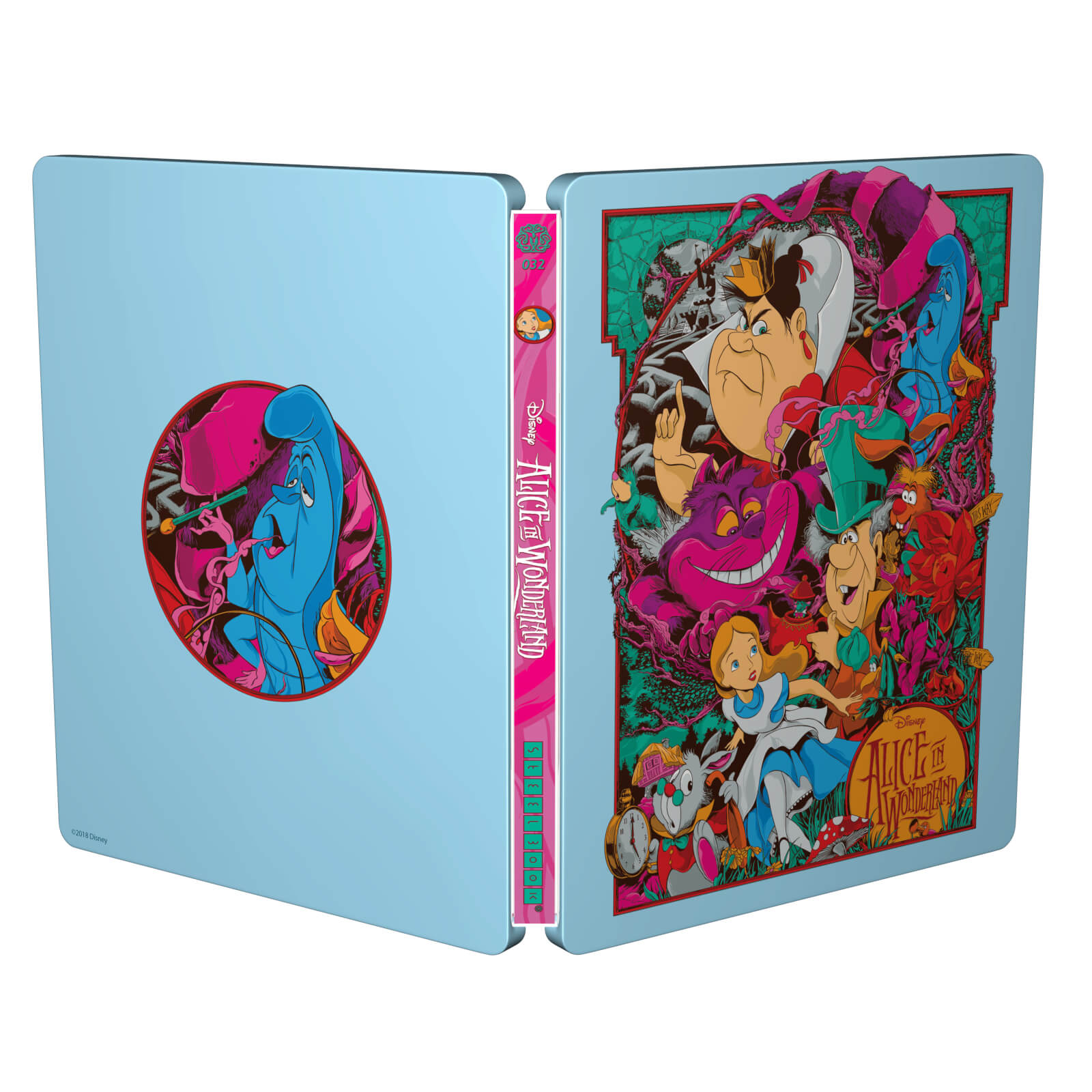 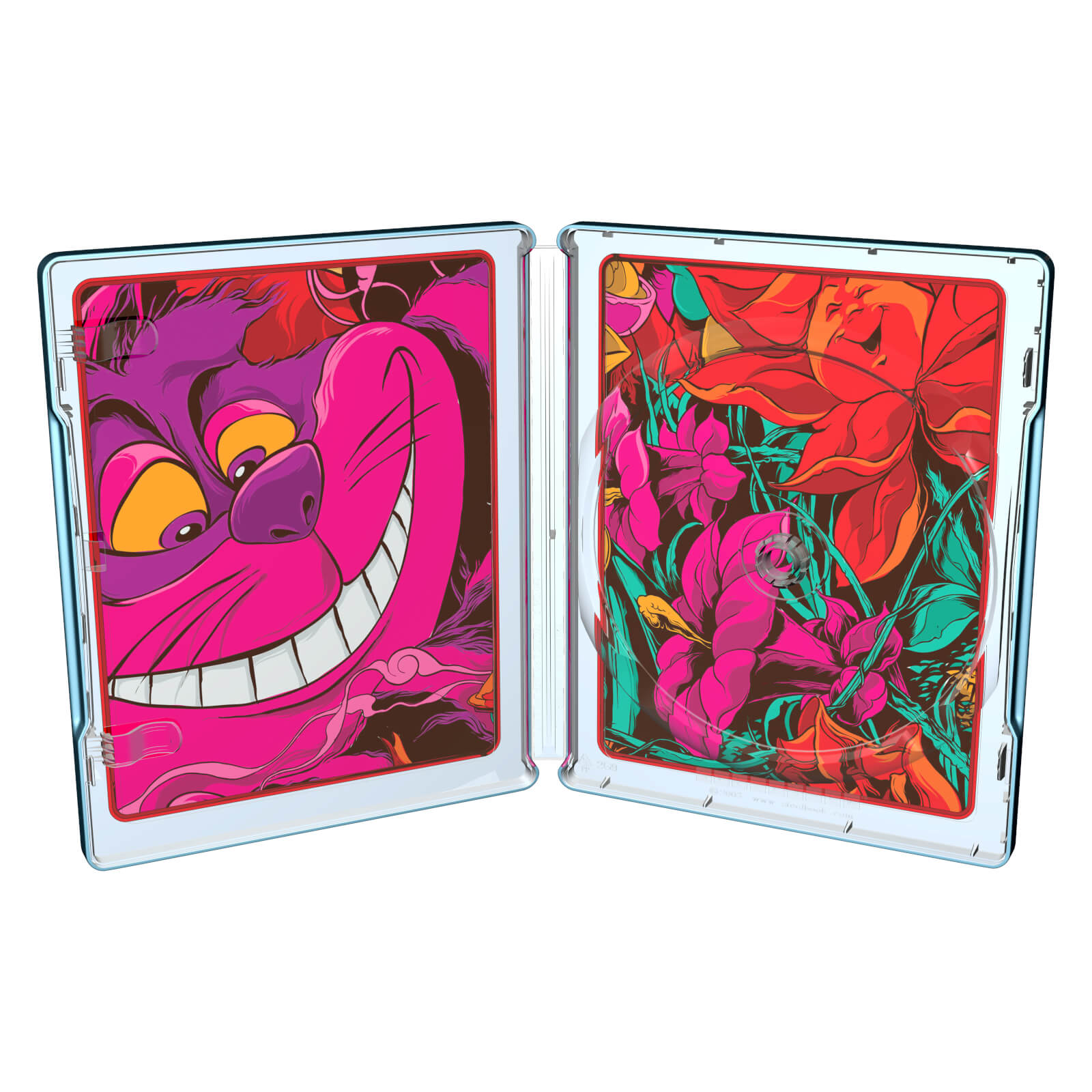