Following the success of their previous efforts, the BBC will be bringing us another animated restoration of a lost Doctor Who story, and this time it’s “Galaxy 4”, due for release in November.

As usual, there will be a great selection of extras, including audio commentaries, surviving clips, and documentaries.

The Doctor (William Hartnell) stars alongside his travel companions Vicki (Maureen O’Brien) and Steven (Peter Purves) which sees the TARDIS landing on a planet on the verge of total annihilation as it drifts too close to the three suns which its orbits.

Trapped on the planet with them are the Drahvins, a race of warrior women, and the reptilian Rills. The Drahvins want to steal the Rill spaceship to escape the planet’s death throes, and enlist the Doctor’s help, which he is forced to give when Maaga, the cunning Drahvin leader, keeps first Vicki and then later Steven as her hostage. Even though the Doctor is determined to broker a peace deal between the two sides in this conflict and help everyone escape safely, Maaga doesn’t trust him, or the Rills…

The two disc release gives fans the opportunity to enjoy the four new animated episodes of Galaxy 4, in either colour or black and white.

The release will also include: 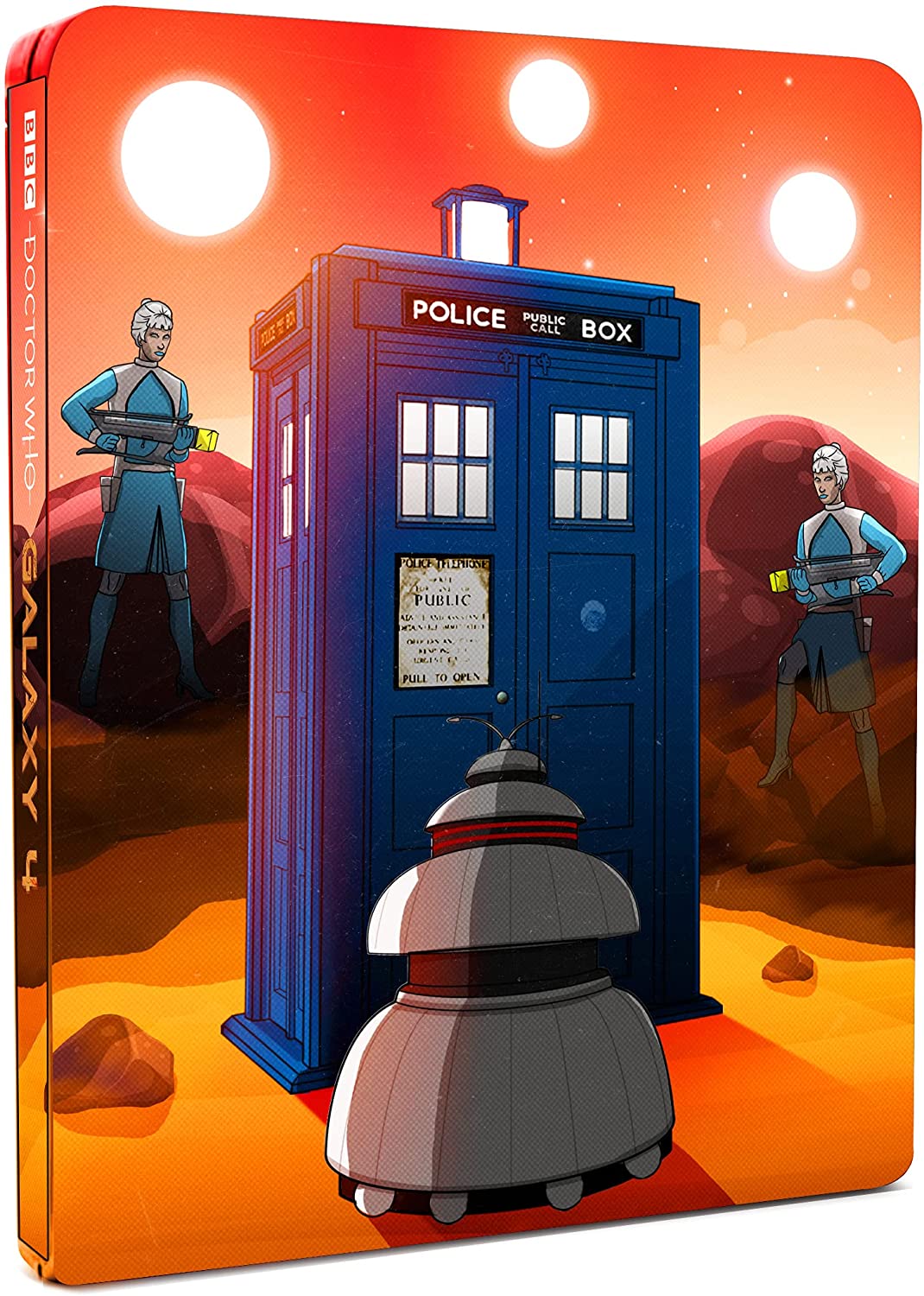 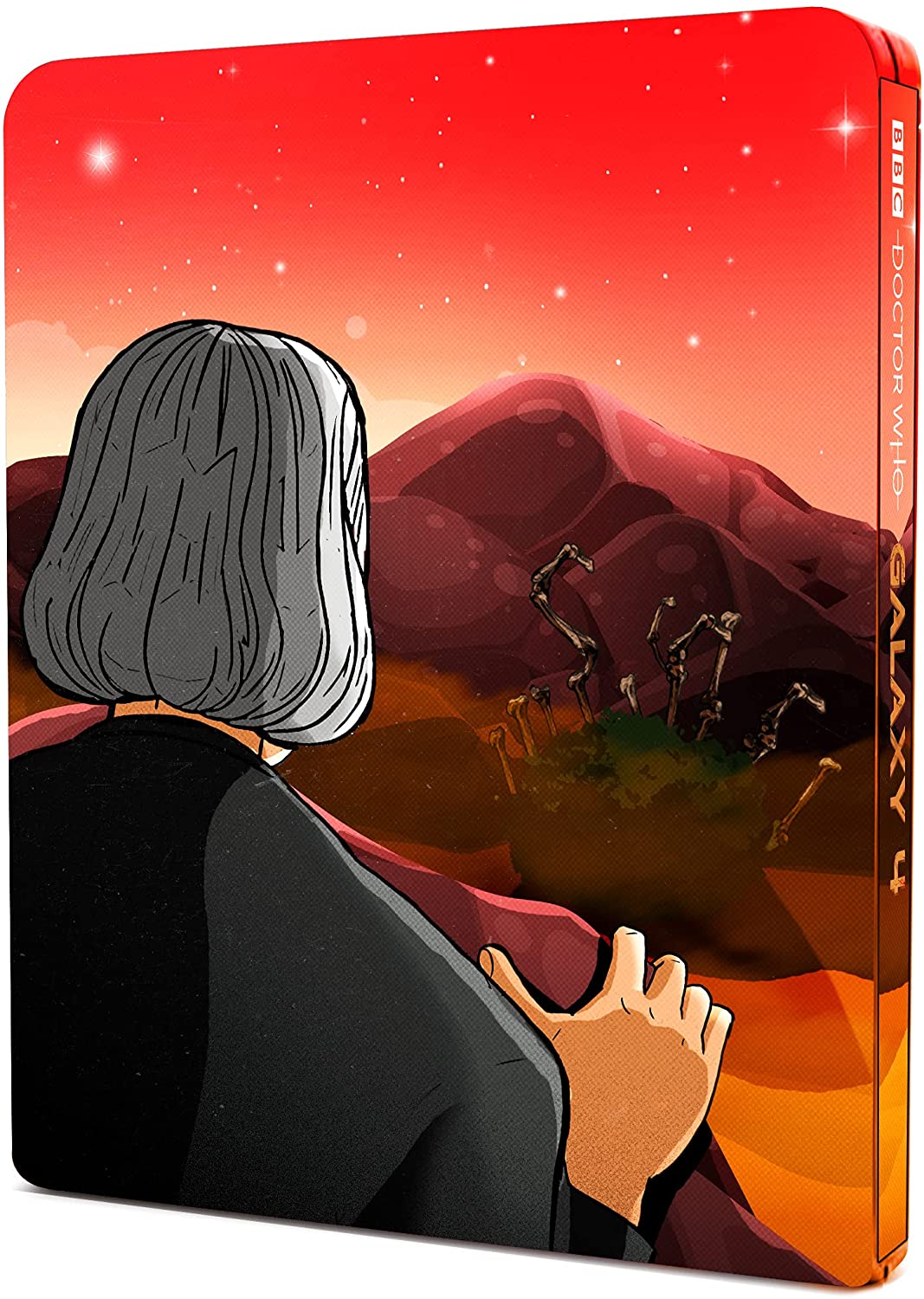 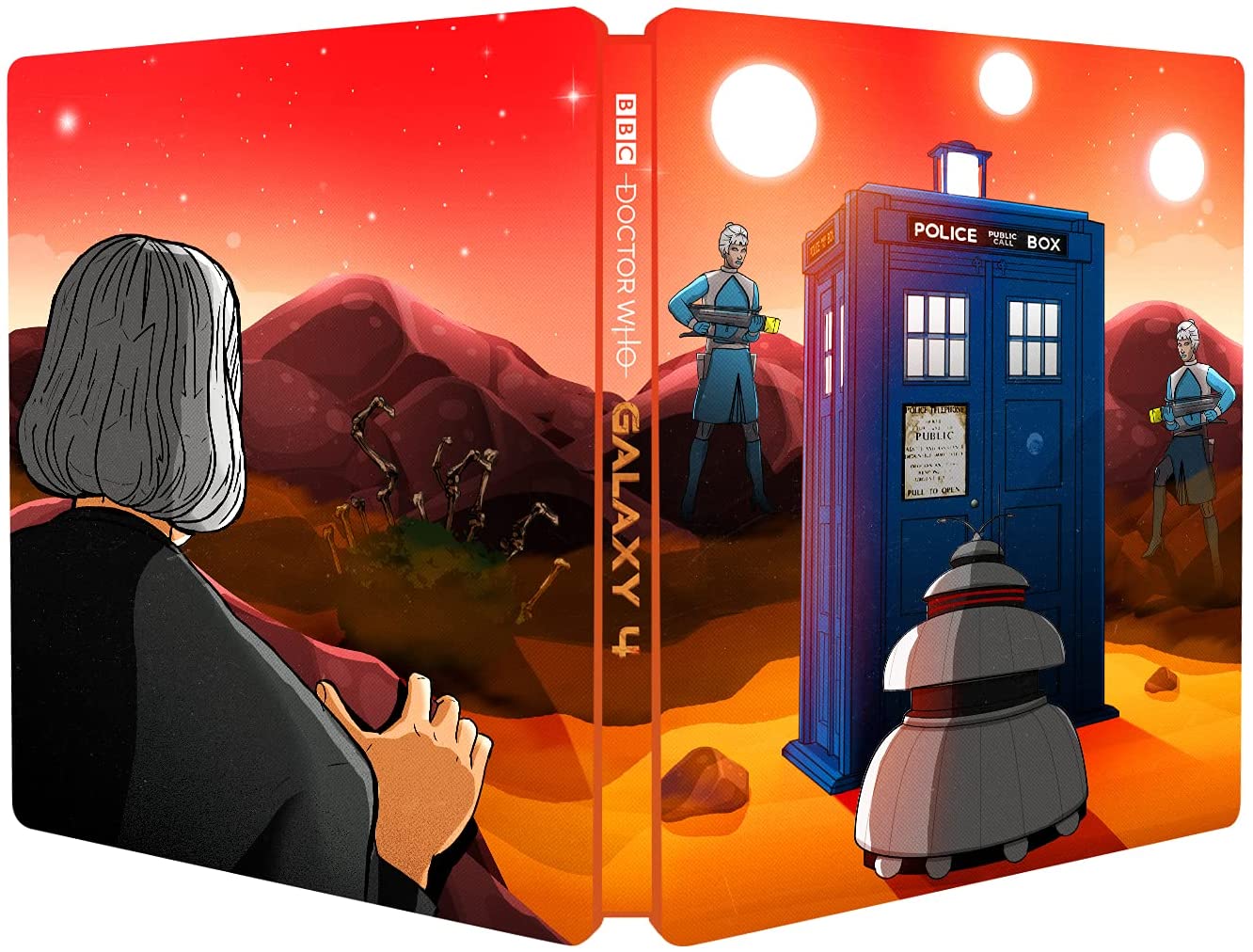