Distopian sequel “The Purge: Election Year” is getting a Zavvi exclusive Steelbook release in December

The low budget The Purge series continues with the third chapter, Election Year, hitting screens in the UK this week.

We’ve already had a pair of very stylish releases for The Purge and The Purge: Anarchy, and Zavvi are now bringing us the UK exclusive steelbook for Election Year.

At the time of writing the art is still TBC, but pre-orders will be live from 6pm UK time on Friday August 26th, so ignore the ‘sold out’ button for now.

Years after sparing the man who killed his son, former police sergeant Barnes has become head of security for Senator Charlie Roan, a Presidential candidate targeted for death on Purge night due to her vow to eliminate the Purge 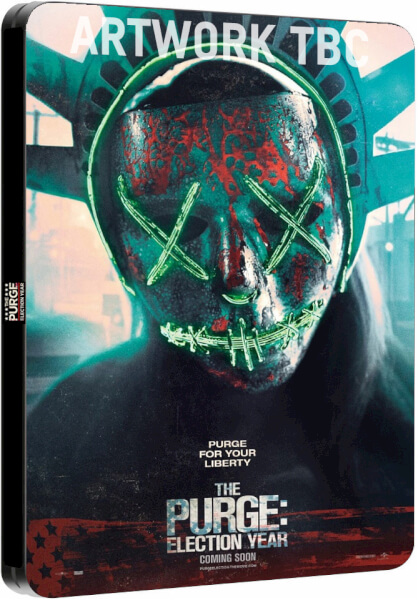