The first entry in Warner Bros DCEU is getting a very nice looking new steelbook release, with illustrated artwork.

From Warner Bros. Pictures and Legendary Pictures comes “Man of Steel,” starring Henry Cavill (“Immortals,” TV’s “The Tudors”) in the role of Clark Kent/Superman, under the direction of Zack Snyder (“300,” “Watchmen”).

A young boy learns that he has extraordinary powers and is not of this Earth. As a young man, he journeys to discover where he came from and what he was sent here to do. But the hero in him must emerge if he is to save the world from annihilation and become the symbol of hope for all mankind. 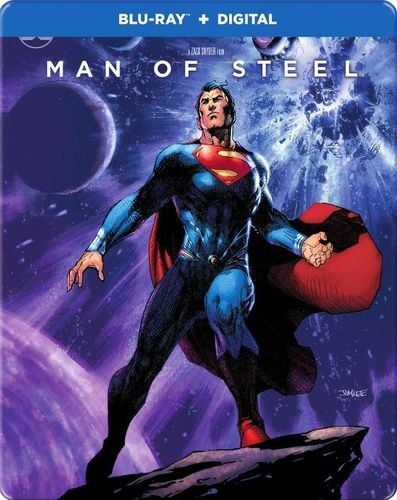